Half of Canada’s working population is unhappy: Hays Canada

One of its most comprehensive workforce studies to date, produced by specialist recruitment firm Hays Canada, reveals that 47 per cent of Canadian professionals are unhappy in their current job. A majority (86 per cent) of employee respondents from multiple regions and industries believe their ‘fit’ with a company and its people is essential to contentment and success; however, when considering a new job, fit inevitably takes a back seat to money. Hays experts believe that the tendency to disregard the importance of workplace culture has brought about costly retention issues, counter-productive attitudes about work and widespread levels of unhappiness that likely extend into people’s personal lives.

Hays Canada’s Fit Series is based on a poll of approximately 2,500 Canadian employers and employees aimed at getting a comprehensive read of the national mindset on the match between people, workplace practices and their expected social behaviours – what is commonly referred to as ‘fit’. In addition to sobering facts on happiness, Hays found that a lack of workplace fit is the number one reason Canadians leave or lose a job. According to employers, hiring someone who wasn’t a match for their team or company culture had a harmful impact on team morale, productivity, and more than half (56 per cent) of these hires ended in the person’s dismissal.

The negative effects of disparities between people and organizations also comes with a hefty price-tag. 49 per cent of employers admit to interviewing people they felt were not a fit with their team or culture but hired them anyway. All but six per cent said the outcome was negative and added that ignoring their initial impressions cost their company anywhere from $10,000 to $50,000 and in a few instances, more than $100,000.

“The majority of Canada’s working population believes fit is important but when we investigated further, we learned that few actually know what that means,” said Rowan O’Grady, President, Hays Canada. “No one intends to be unhappy but one-in-two Canadians spend their working lives that way because they disregard fit. We can no longer afford to have such a relaxed stance on the value of strong connections between people and where they choose to work.”

According to Hays Canada, fitting in at work is influenced by four common factors including one’s work ethic, social behaviour, office conformity and the ability to connect with a team’s working style. How each of these attributes balance or play off one another determines compatibility between companies, teams and individuals. For example, a person who is typically introverted and prefers to work alone may not be right for a team that’s sociable and collaborative.

Only one-third of employee respondents know what their ideal fit is or how to evaluate it. Hays also learned that only 30 per cent of professionals are confident that they are well-matched with their current working team and a similar number said they simply don’t know.

Employers appear to be in the same rudderless boat. Despite assigning top-priority to finding candidates with the right personality match for their company, employers routinely hire individuals determined to be a poor match before an offer was made. In fact, more than half (56 per cent) of respondents said that their company’s staff turnover was due to hiring individuals who were a not a fit with their culture and teams.

Employers attribute some of the negative outcomes to a scarcity of time and pressures caused by skill shortages. This past January, Hays released its annual Salary Guide in which 61 per cent of Canadian employers said a lack of skilled talent and internal resources hindered their ability to hire the right people. Hays experts think employers are aware of the risks of their actions; however, they simply have no other choice but to hire someone to fill a position and hope for the best.

“Learning that relatively few people know how to gauge workplace fit is troubling but it’s not entirely surprising,” said O’Grady. “Things like salary, benefits and holiday time are very easily quantified and so they rise to the top of people’s checklists almost by default. Assessing intangible things like a person’s preferred level of social interaction is not clear-cut. Taking candidates out for a team lunch is a great way to establish a match but it adds new layers to the recruitment process when employers are already fighting a losing battle against the clock.”

When it comes to fit, Canadians appear to be all business and no play

Though Hays exposed a number of concerning issues, it also confirmed that rethinking traditional recruitment processes may reverse some of the trends that lead to occupational dissatisfaction. For example, at the time of hire, both employers and employees felt that work ethic was the most important characteristic to evaluate while social interaction fell to the bottom of the list. However, in instances when someone quits or is fired, both respondent groups noted that social incompatibility was the main cause.

“Workplace social compatibility is no longer a nice-to-have,” added O’Grady. “Our workstyles have evolved and so have notions around the separation between work and the ability to have fun while doing so. Our poll responses demonstrate that it’s time for people and companies to be honest with themselves and give much more thought to the aspects of work they find most fulfilling. Failure to do so will keep corporate Canada on this very unsteady and unhappy path.” 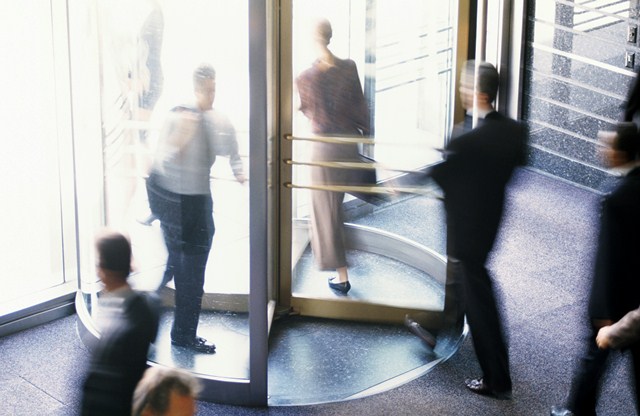