An Apple Ripe for Plucking

Federico Varone│Duo Dio
Found in the Argentina pavilion at WantedDesign was the curious yet whimsical Duo Dio chair by Federico Varone, which utilizes two fluid forms fused together at an almost invisible point. www.federicovarone.com.ar 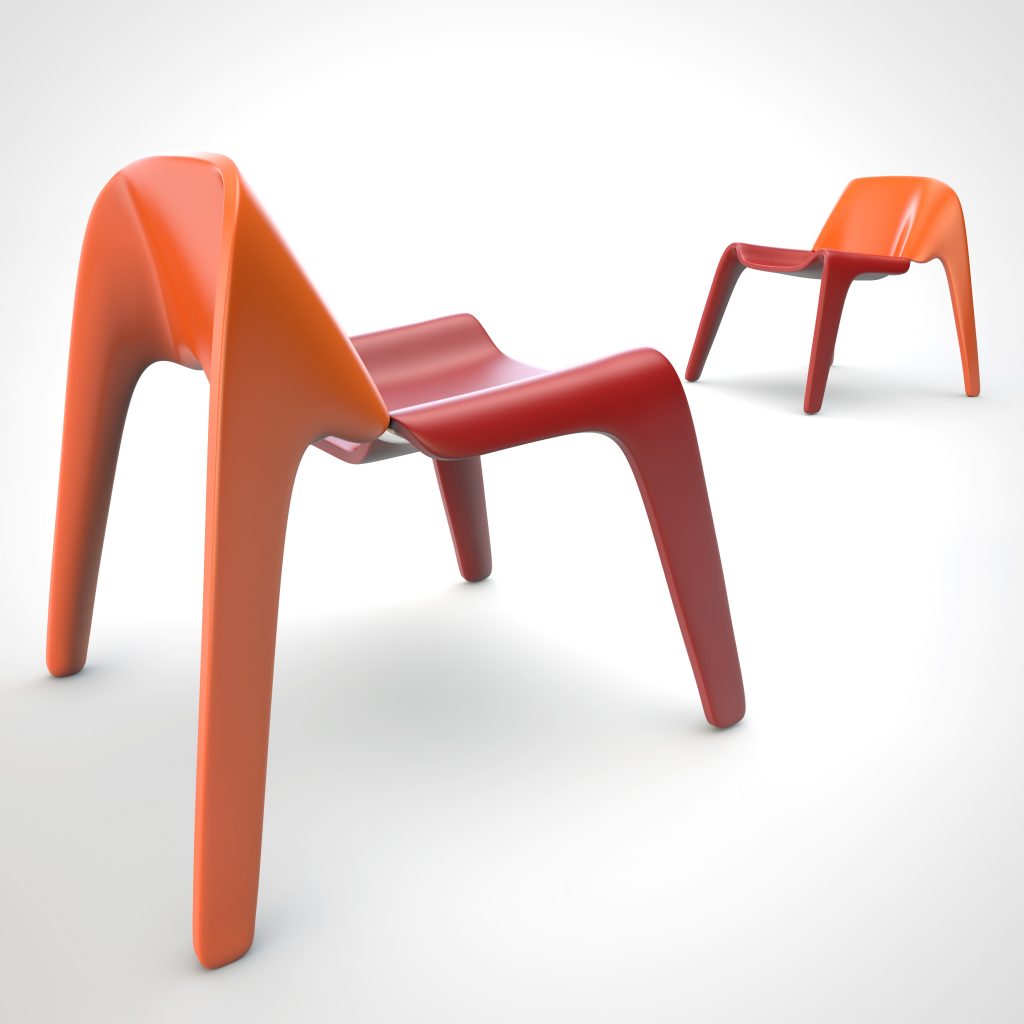 Moas│Icolamp
Originally founded in Brooklyn but now operating out of Buenos Aires, Moas is a design and architectural studio that dabbles in product design. One of the pieces they brought back to the homeland was the Icolamp, a geometric lamp with triangular facets and available in three different finishes. www.estudiomoas.com.ar

Emeco│Run
When your spiritual centre is chairs, it doesn’t take much of a leap to start thinking about tables as well. Such was the case for Emeco, who asked long-time collaborators Sam Hecht and Kim Colin to conceive a parallel furniture collection, and the result is Run – a series of tables, benches and shelves inspired by the collective congenial atmosphere around public furniture like canteen tables, park benches and library shelves. www.emeco.net

Arborite + Ouli │SUO Bench
Canadian laminate producer Arborite teamed with LA-based design duo Ouli to create an exhibit for Sight Unseen OFFSITE, one of ICFF’s satellite shows. Ouli designer Brooke Intrachat used a selection of Arborite laminates, with designs ranging from bold primary colors to stone looks, to fashion her take on a dining set composed of a table, bench, and chairs. The pieces play with materiality and reinvention through aesthetics, and the exhibit highlights the laminates’ versatility across innumerable applications. www.arborite.com

Les Ateliers Guyon│Méliès
The new suspended chair designed by Felix Guyon of Quebec outfit Les Ateliers Guyon is part of a larger collection of objects and luminaires inspired by the romantic period of Paris’ second industrialization, otherwise known as La Belle Époque. Each product bears the name of a famous person from that era, with this chair named after one of the first movie directors, Georges Méliès, whose imagination, according to Guyon, “soars in a boundless sky and the past and future meet.” www.lesateliers-guyon.com

Sony│Life Space UX
Sony unveiled a new line of products during NYCxDESIGN that are part of the Life Space UX concept that, according to the electronics giant, “provides transformative sensorial impact, with light, sound and visual applied in unexpected ways.” The three new products include the LED Bulb Speaker, the new Portable Ultra Short Throw Projector and the Glass Sound Speaker (shown). This last one is the most geek-tastic of the three, and offers 360 degrees of non-directional sound reverberated through an elegant glass cylinder, and an LED filament housed within the cylinder combines ambient illumination with music. www.sony.com/electronics/life-space-ux/

HBF Textiles │Winter Collection
Elodie Blanchard has designed a Winter 2016 Collection of textiles for HBF that draws heavily on soft patterns and textures found in both the natural world and modern architecture. For example with Cut Out, Blanchard was inspired by the paintings of Franz Kline and Barnett Newman and plays with the juxtaposition between positive and negative space. www.hbftextiles.com 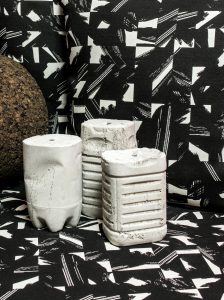 Malafor│Verticalstool
This Polish design studio has been experimenting with inflatable seating for a while, with the idea to combine air pressure and nautical inspirations, like sailing textiles. One outcome of that is the Air collection, where inflated cushions rest on oak frames in simple, frugal forms. The seats come in very durable fabric that is puncture-resistant and flame retardant, making them ideal for public spaces. www.malafor.com

Lambert & Fils│Laurent
Montreal-based Lambert & Fils launched a new lighting fixture called Laurent at ICFF that combines glass opalescent spheres with bold lines to create a volumetric presence. The studio explored new materials like chrome and acrylic, and devised an adjustable suspension system of wires and anchors that allows the pendant’s final form to vary from a pure, minimalist orb to something more intricate and Art Deco. www.lambertetfils.com

Bernhardt Design│Mellow
Paris-based designer Océane Delain’s creation had already done the rounds at other shows, including Maison & Object 2015, and along the way scooped up recognition like a Red Dot Award: Design Concept. While not an official launch at ICFF, it was still a scene-stealer. www.bernhardtdesign.com 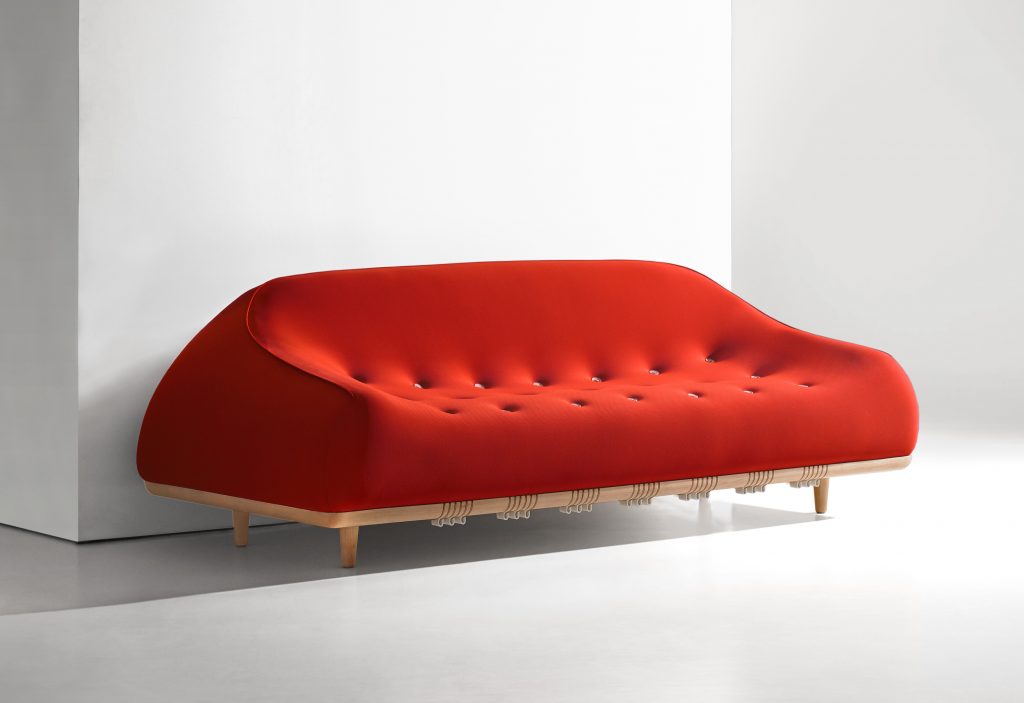 Vzor│RM58 armchair
RM58 is an updated version of an iconic armchair designed by Roman Modzelewski, and one of the earliest Polish designs for a piece of furniture made of polyester-glass laminate. The new materials and technologies (roto-molding) used by Vzor means being able to avoid constraints related to craft manufacturing, yet the precisely developed form still constitutes a faithful replica of the original. www.vzor.pl 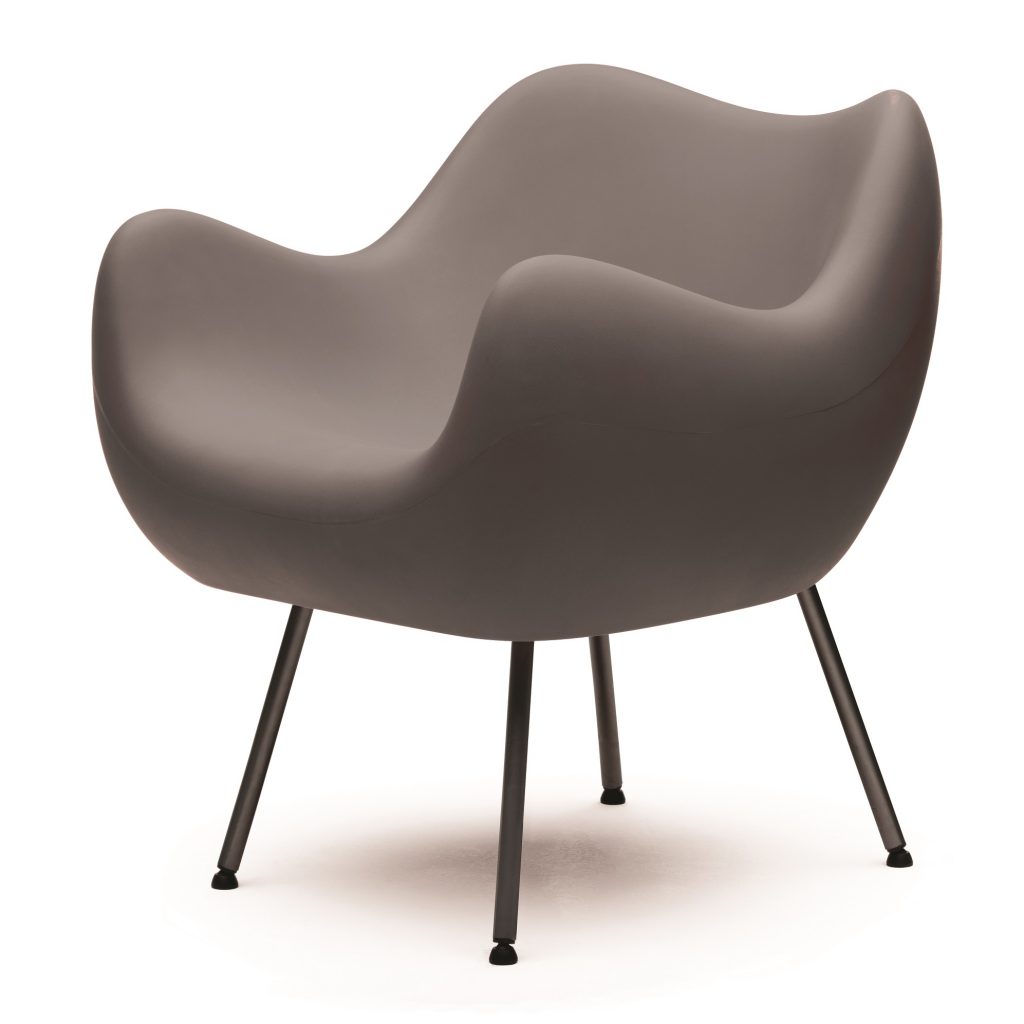