Give the People What They Want

Italian product design powerhouse Alessi went under the Big Top and came out with more of its signature playfulness and wonder. The Circus collection, conceived by Dutch master Marcel Wanders, is inspired by classical circus iconography. Five of these objects are part of the Officina Alessi brand and each represents a particular circus character; they are produced in limited and numbered editions of 999 pieces and nine artist’s proofs. www.alessi.com/circus 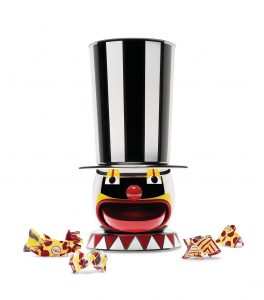 Get Your Green On

Designed by Netherlands-based Protanium, the Ökovänlig (meaning “environmentally friendly”) e-bike comes with two plywood panels made of PEFC certified wood harvested in Germany, along with all other specially designed aluminum parts for the frame, to be assembled by the buyers themselves into the finished bike. The easy-to-remove lithium battery is integrated into the plywood sandwich construction. www.protanium.com

Tear the Roof Off

The new Bowers & Wilkins 800 D3 loudspeaker is, according to the company, “the best performing, most advanced loudspeaker the brand has yet produced and is a fitting announcement on the eve of Bowers & Wilkins 50th anniversary; taking the company closer than ever to John Bowers’ stated goal of “losing the least”– it reveals layers of musical information from even familiar recordings that were simply unheard previously.” www.bowers-wilkins.com 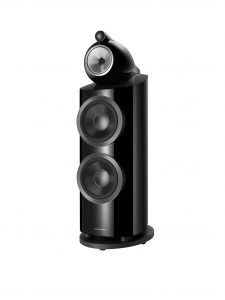 Back to the Future

Gift a rare art book by supporting the Kickstarter campaign to produce a facsimile of Fortunato Depero’s 1927 Futurist monograph, Depero Futurista (also known as “The Bolted Book” for the two metal bolts that fasten its pages together). Fortunato was a prominent member of the Italian Futurist modern art movement who lived in New York and designed everything from furnishings and textiles, to toy designs, magazine covers, and iconic packaging and advertising campaigns for brands like Campari. www.boltedbook.com 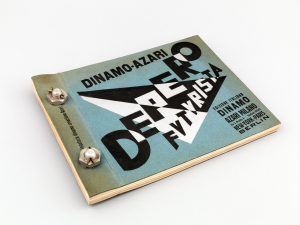 The new Philips Wake-up Light helps people to awaken more naturally, thanks to a unique combination of LED technology light and sound. Inspired by nature’s sunrise, the light gradually increases from 30 minutes before the set wake up time, and the entire unit is touch-sensitive, for that inevitable nine-minute snooze tap. www.philips.com 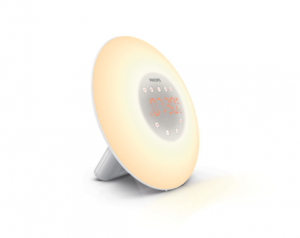 The Partime wristwatch, by Zürich-based Advision AG (trust the Swiss for horological devices!), has an unusual watch face: the right angle in the blue circle on the watch face horizontally tells the hours and vertically indicates the minutes. At noon and midnight, the blue totally disappears and then, just like an hour glass, the cycle restarts with a complete blue circle. www.partimewatch.com 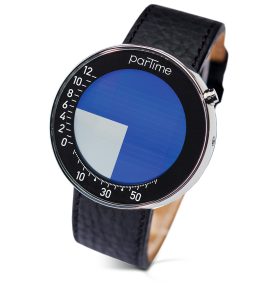 Light to the Touch

Humanscale’s latest lighting solution brightens up any home office, bedroom or library. Designed by Peter Stathis and Michael McCoy, this sleek and colourful table light occupies minimal surface space and uses ThinFilm LEDs to cast a wide footprint of glare-free light. Its ball hinges allow for smooth flexibility. Fully dimmable from a touch button on the base, it even offers a nightlight setting. www.humanscale.com 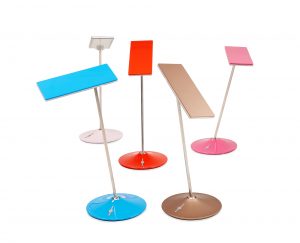 Less-well-known in North America, Smeg is an Italian leader in electric household appliances, and recognized for good design: case in point is the BLF01 blender, which picked up a Red Dot award for high design quality. The design by Matteo Bazzicalupo and Raffaella Mangiarotti of Deepdesign clearly evokes a 1950s aesthetic of colour and shape while employing pure modern technology. www.smeg.com 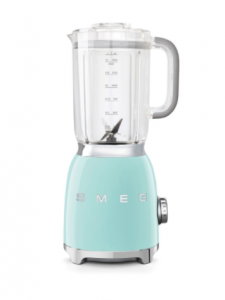 Sony’s new Portable Ultra Short Throw Projector is compact and cordless, so it can move with the user as they move through their home. Positioned flat against the wall or table, the projector produces a crisp 22” image and expands up to 80” in width. It also comes with a wireless unit that can transmit content from various devices (PC, Blu-Ray player, or cable boxes via HDMI). www.sony.com 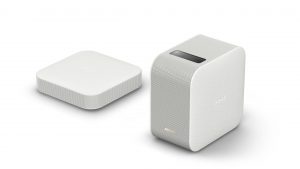 A travel mug made of natural products and entirely by hand. What’s not to love? Tall, elegant and minimalist, made from stoneware with a semi-matte glaze in a contrasting accent of slate blue, and a natural cork lid. www.obviousobject.etsy.com 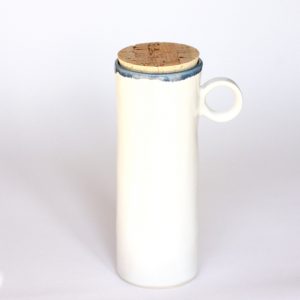 Whatever your preference – single or double espresso, cappuccino or latte – the new De’Longhi Pump Espresso machine brews authentic barista-quality beverages just like you enjoy at your favourite coffeehouse. www.delonghi.com 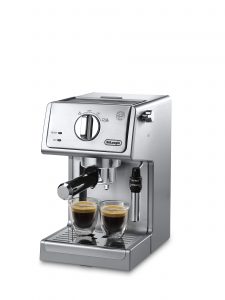 Codex Silenda is a five page book that features five intricate puzzles created by inventor Brady Whitney. Each page features a unique puzzle that requires the reader (or user?) to unlock the corresponding bolts in order to progress to the next page. Keep an eye on its Kickstarter campaign page to see when copies can be ordered. www.codexsilenda.com 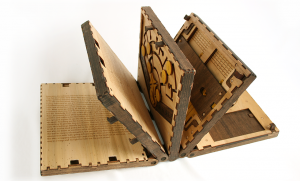 Through its research, Braun found that many use two hands to control their hand blender during food preparation, gripping harder as the blender uses more power. With this in mind, Braun built its new Multiquick Hand Blenders to give the user more control, featuring a new Smart Speed variable control inspired by German automotive engineering – the more you squeeze, the more power you get, making it easier to regulate speeds with just one hand. www.braunhousehold.com 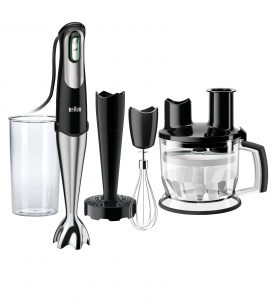 The perfect hostess gift – for all of the holiday parties you’ll be attending – Roostery’s Orphington Tea Towels offer a gift that can work with design and colour schemes of any sort, such as Gigumugu apple slices by gigini for Spoonflower, or Orange and blue by quinnanya for Spoonflower. www.roostery.com 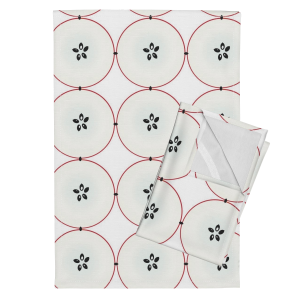 Highwire is a hanging display system that puts a new spin on the idea of the picture frame. Designed by an Ontario College of Art and Design graduate, David Fleishman, it is not only functional, but a bold, aesthetic piece in itself. http://davidfleishmandesigns.com 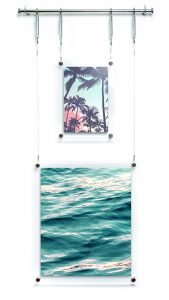 The Penxo pencil lead holder, designed by BitsFactory, won a Red Dot Best of the Best award due to its “fascinatingly clear beauty.” According to the jury “its design is based on the principles of gravity, using it to create a shape that is self-explanatory to the user. The classic pencil has been transported into the computer era in a highly convincing manner.” www.syitung.com 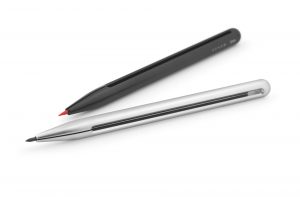 From Mission to Mandate