Standing in the great hall of the reimagined Fairmont The Queen Elizabeth, little evidence remains of the slightly staid, ageing interior that welcomed the grand hotel’s last guests before its 2016 closure. Renovated and recently reopened, Montreal’s largest hotel now returns to the downtown core with a new aesthetic, and a much closer relationship with the city around it.

Designed by Sid Lee Architecture in collaboration with Architecture 49, the hotel now greets visitors with an unapologetically contemporary — yet historically sensitive — new face. Commissioned by property owners Ivanhoe Cambridge and operators Fairmont Hotels, the $140 million renovation saw each of the 21-storey hotel’s 950 rooms restyled with contemporary furnishings and finishes.

In every guest room, boldly coloured and geometrically patterned accent walls offset what is otherwise an elegantly subdued interior. Appointed by Design 360 Unlimited LA, the furniture features mid-century modernist detailing that speaks to the history of a hotel that first opened in 1958, and later garnered international attention for hosting John Lennon and Yoko Ono’s highly publicized ‘Bed-In’ in 1969.

Downstairs, the spaces surrounding the luxurious great hall are characterized by an elaborate interplay of geometric patterns, richly textured finishes and decorative elements, deftly toeing the edge of flamboyance while retaining a sense of cohesion amidst a multitude of design elements. Moving from the great hall through the cocktail bar, restaurant, and cafe, new communal spaces animate the ground floor with expansive windows and new street-level ingresses. As Sid Lee’s Jean Pelland puts it, “the hotel literally opens onto the city.” The designer adds that “one of the principal goals of the renovations was to create stronger connections with the street, and make the hotel more a part of Montreal.”

Although the Fairmont The Queen Elizabeth’s 1958 exterior asserts a quiet International Style simplicity across the upper levels, the ground floor always felt somewhat insulated from the surrounding urban fabric. Now, the three new spaces engage passerby from the street while bringing intimate urban views to diners, transforming a somewhat monolithic street-level presence into a more vibrant and welcoming destination.

Through it all, there are subtle Proustian hints of The Queen Elizabeth as it once was. On the ground level, the old escalators remain, while the configuration of the second floor is only partially changed. Although many of the spaces remain where they were, the second and third-floor business amenities have a brand new look.

On the third floor, the playful ‘CoLab 3’ collection of themed third-floor meeting rooms is inspired by modern co-working spaces. The flexibly configured individual rooms include fun details like a ping pong table, or a set of swings. Emerging onto a generous terrace, the second floor’s Square Victoria Lounge is more understated. 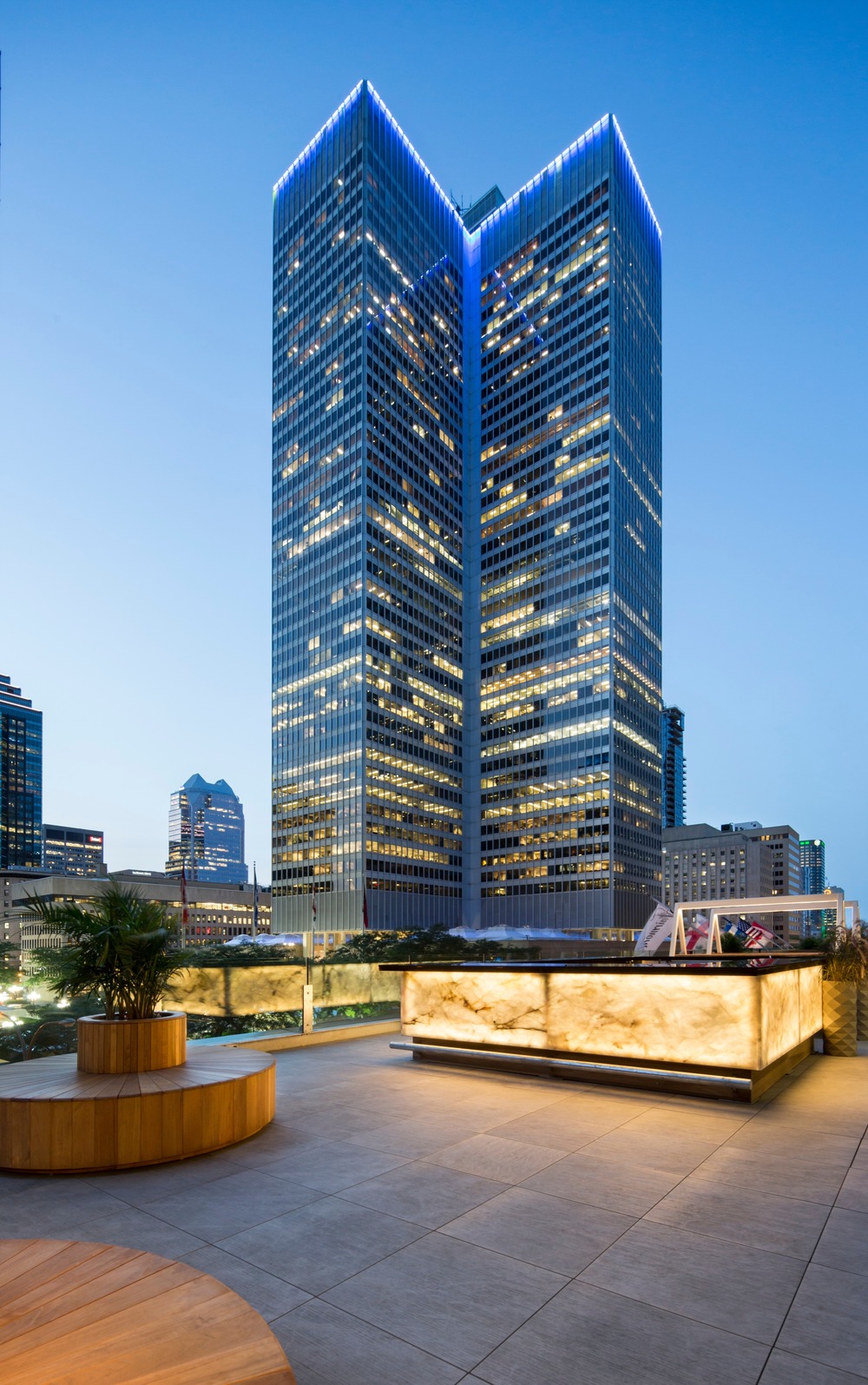 Up on the topmost level, the 21st floor has been transformed into a communal lounge, which slides into a more private —and restricted — space for Fairmont Gold Club members. Here, the designers faced the challenge of working with a very low ceiling clearance of about 8′ — not that you’d really notice. “At a certain point, we decided we had to emphasize the horizontality of the space,” Sid Lee’s Martin Leblanc explains, “with a long, open layout that draws the eye across the room, instead of up at the ceiling.” 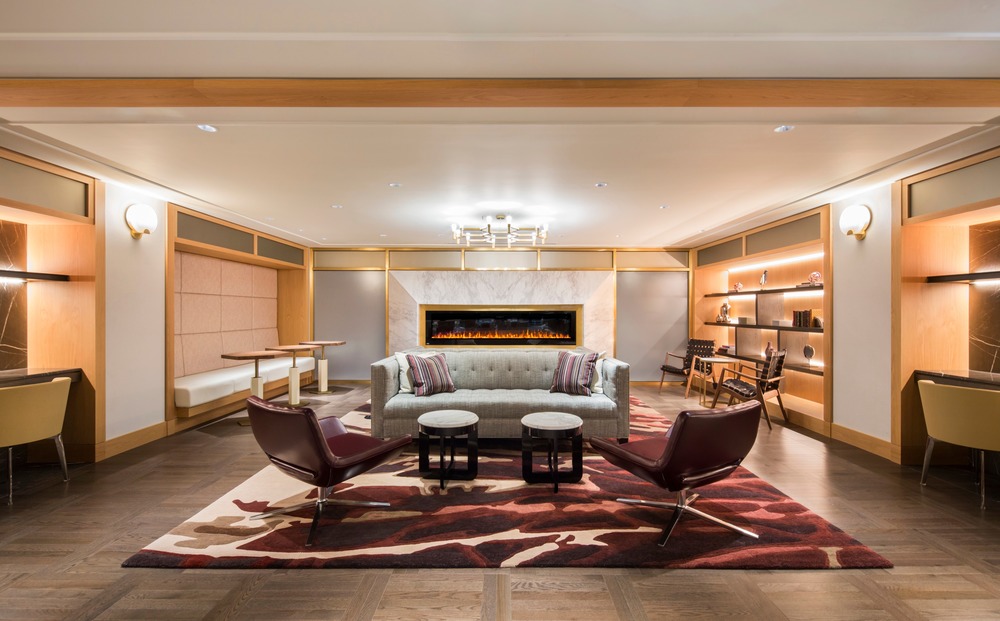 “Throughout the hotel, there are a lot of design elements,” Leblanc adds assessing the project as a whole, “but we were very deliberate about how we placed them, with elements carried over from one space to another, to give it a sense of unity.” More than anything, it’s the geometric floor and wall patterns that tie it all together, while more subtle repetition of furnishings and material finishes throughout the The Queen Elizabeth serve to underscore a sense of place.

At the hands of lesser designers, throwing together such a seemingly cacophonous collection of design elements would make for busy, incoherent spaces. Luckily, Sid Lee Architecture just about have the nous to pull it off, integrating a slightly daring array of finishes and furnishings into a cohesive whole. In any given space, individual design elements draw the eye but almost never compete against one another. The results are more Kate Middleton than Elizabeth II, but all the same, the new hotel is fit for a queen.