The UBC Faculty of Applied Science, through the School of Architecture and Landscape Architecture, awards the 2017 Margolese National Design for Living Prize to Anne Cormier.

An architect and educator, Anne’s impact spans the fields of practice, education, research, and leadership. She is the co-founder of the award-winning Montreal-based firm Atelier Big City. She is also an Associate Professor at the School of Architecture at the Université de Montréal, where she served as Director between 2007 and 2015. Anne’s research has led to roles with the World Design Summit, and the Laboratoire d’étude de l’architecture potentielle (LEAP).

“When Randy Cohen, Howard Davies and myself founded our firm, Atelier Big City, we adopted the motto Make Architecture a Public Policy,” Anne said. “We firmly believed then that Architecture has a major role to play in the quality of everyday life. We still do. The Margolese Prize acknowledges the social importance of design. I am deeply grateful to the late Leonard Herbert Margolese for this.”

In their decision, the selection committee noted Anne’s exemplary use of her wide-ranging abilities in making Canada a better place to live. In particular, her interdisciplinary work in the social end of design led the committee to their unanimous decision. More about the selection committee’s decision can be found in the December issue of Canadian Architect. 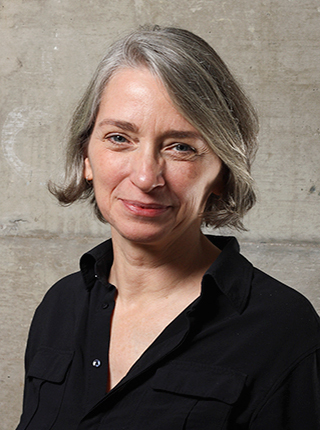 Anne will be presented with the award at a public event in the Spring of 2018, which will take place in Vancouver. Details are forthcoming, and can be found on the SALA website when available.

About the Margolese National Design for Living Prize

Created by a generous estate gift to the University of British Columbia by Leonard Herbert Margolese, the Margolese National Design for Living Prize each year awards $50,000 to one Canadian who has made and continues to make outstanding contributions to the development or improvement of living environments for Canadians of all economic classes.