On Monday, January 8, the Canadian Olympic Committee (COC) unveiled plans for Canada Olympic House at the Olympic Winter Games PyeongChang 2018. In partnership with the COC, the team at Sid Lee Architecture designed the house with a true ‘Canadiana’ look and feel, creating a patriotic hub for all Canadians and Team Canada fans in South Korea to enjoy the Games together. Utilizing the strengths and characteristics of an existing facility, the house will feature uniquely Canadian elements including a bleacher in the shape of a maple leaf for fans to sit and enjoy programming, banners hanging from the rafters inspired by the ones found in hockey arenas across the country, layers of mountain ranges depicted, bringing the great Canadian landscape indoors and a patio inspired by a Canadian backyard during the winter.

Canada Olympic House serves as the gathering place for Team Canada fans at the Games, welcoming family and friends of athletes and coaches. New for PyeongChang 2018, the house will open its doors to Canadians and all Team Canada fans visiting the Olympic region. 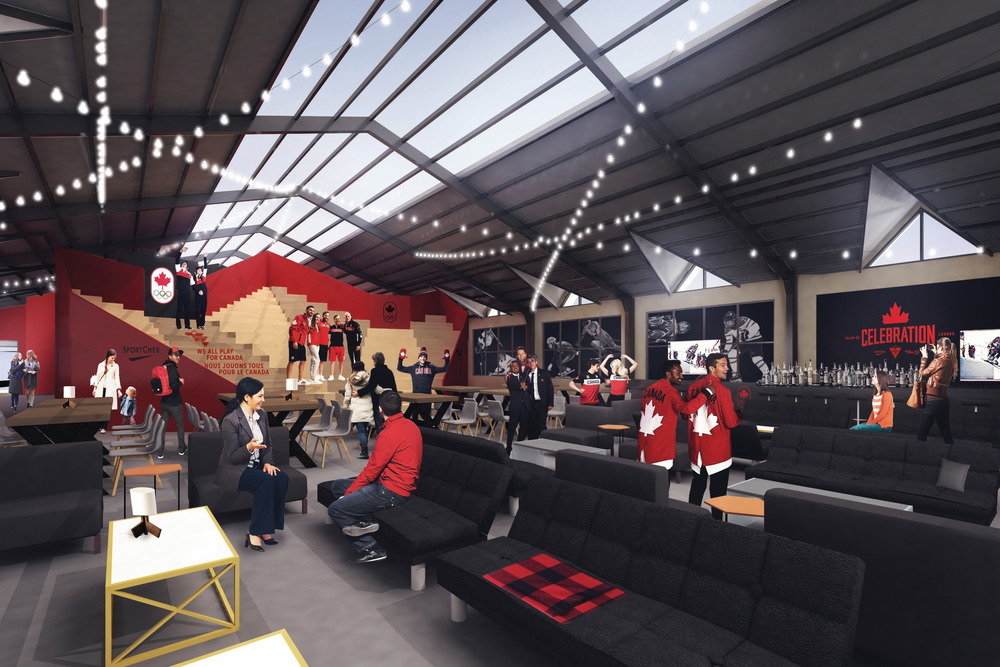 The house will be located on the east coast of South Korea, near what is expected to be a very popular Gangneung Olympic Park. The 12,000-square-foot house is predicted to welcome more than 10,000 guests over the course of the Winter Games. From watching Team Canada compete, to enjoying classic Canadian food and drink, a visit to Canada Olympic House is an opportunity to experience the home-away-from-home for Canadian athletes and fans at the Games. 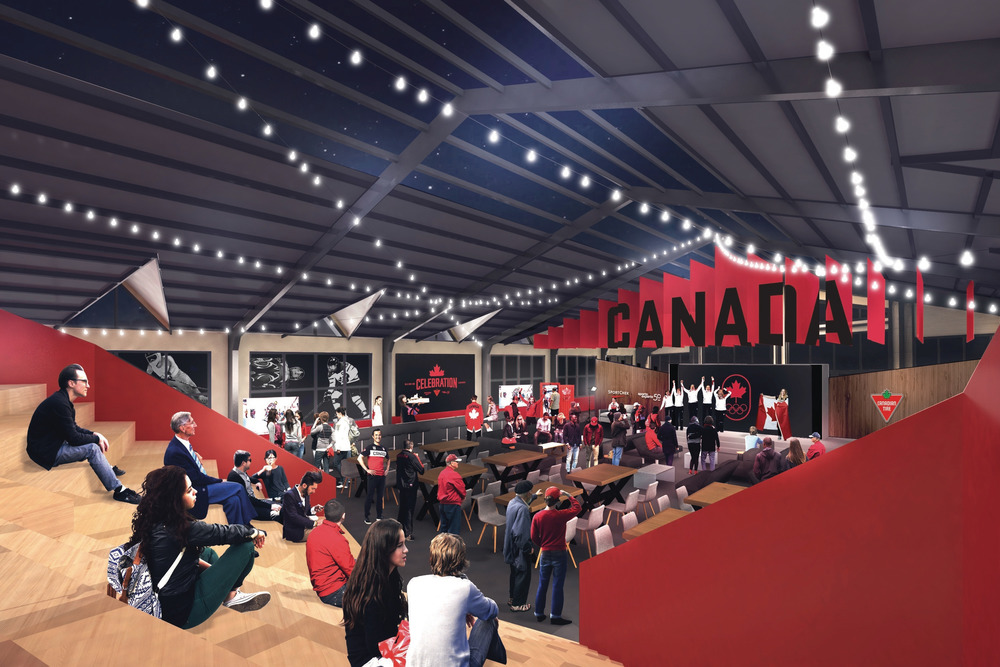 Together, the COC and Sid Lee partnership not only includes the design of Canada Olympic House, but also the upcoming design of the COC’s new office space as well as a new branded platform based on Canadian Olympic values. 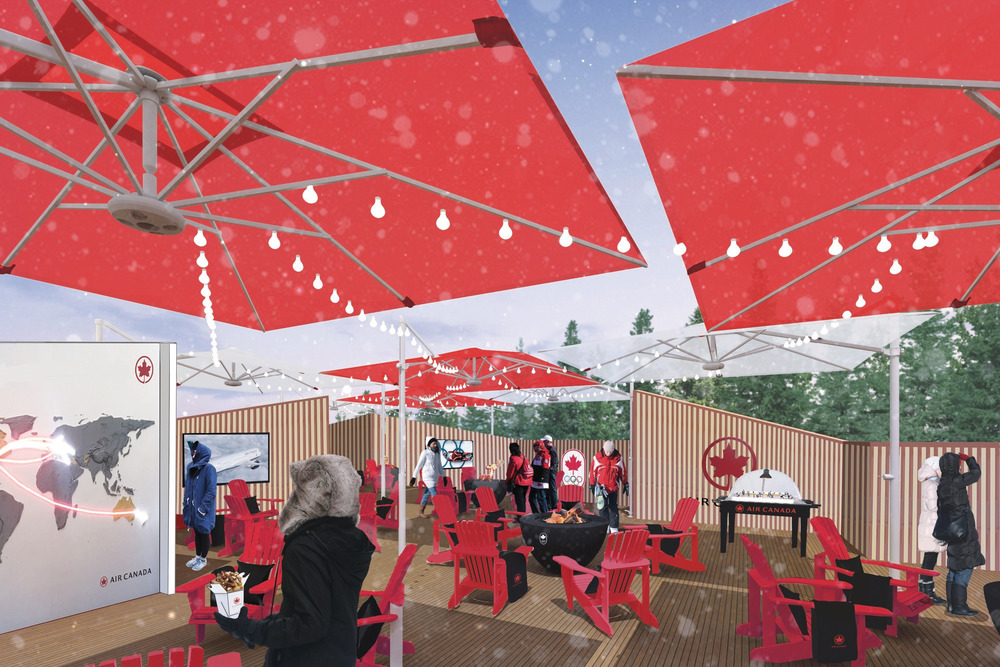 Teased elements have already appeared on Team Canada’s social media channels. On January 23, 2018, the COC will launch its brand campaign for PyeongChang 2018. 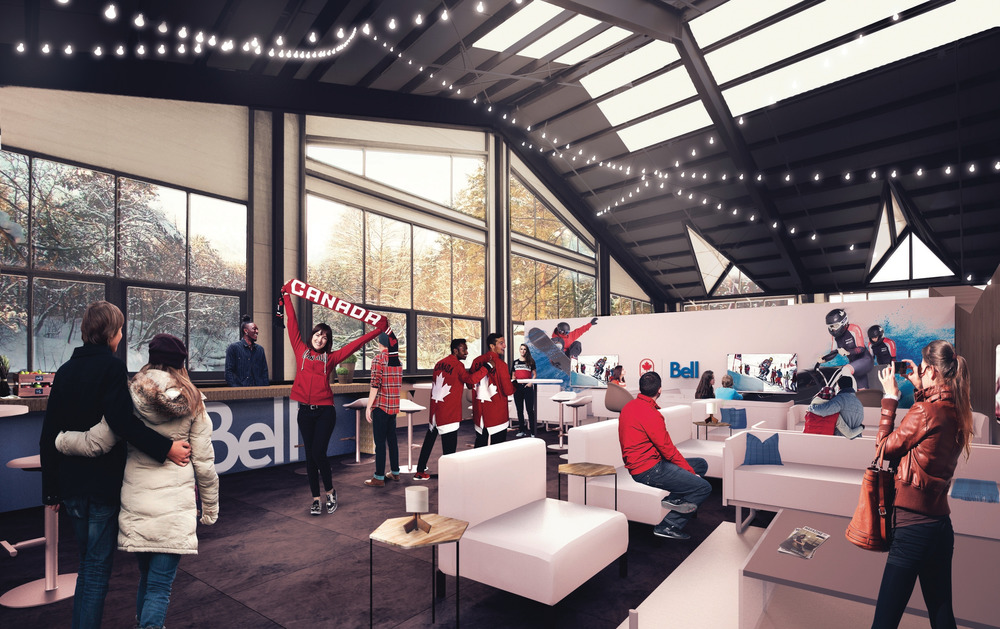 Creating a comfortable environment at the Games for the athletes and their guests is a priority for Team Canada’s partners. For example, the house will be furnished with more than 500 pieces of product provided by the Canadian Tire Corporation to create a celebration lounge for comfortable viewing areas to watch the live broadcast of the Olympic Winter Games as well as other special events planned at the house.