By Cassandra Szklarski, THE CANADIAN PRESS On Feb 21, 2018
Share

A massive pink tuque has taken over a stretch of a Toronto beach a year after thousands of protesters donned bright pink hats to protest gender inequality.

Dubbed the “Pussy Hut,” the warm-and-fuzzy attraction is inspired by the colourful symbol of women’s marches that emerged after last year’s inauguration of U.S. President Donald Trump. 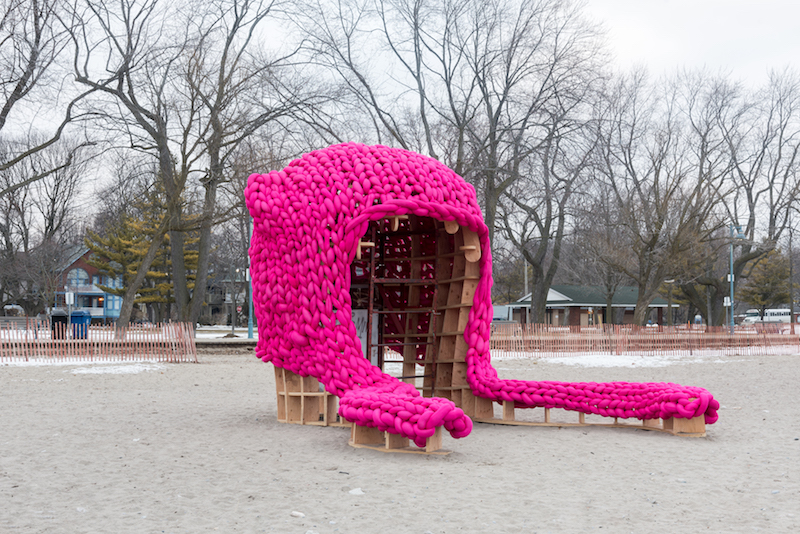 The art piece is part of an annual competition called Winter Stations staged along Lake Ontario in the city’s east-end.

Organizers say this year’s theme is “Riot” and that they chose to include the “Pussy Hut” for its message of hope. 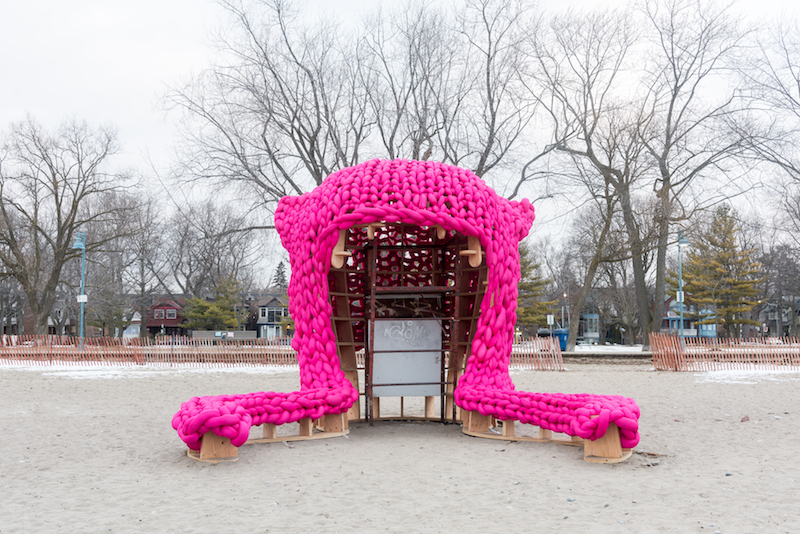 “These are changing times and ‘riot’ is an expressive way of demonstrating that there’s change in the air,” says one of the competition’s directors, Ted Merrick of the Toronto architectural firm Ferris + Associates. 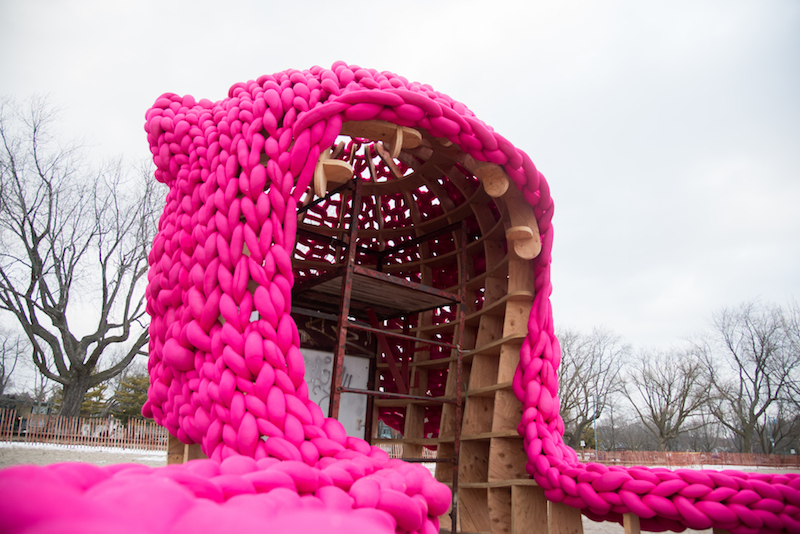 The “Pussy Hut” is large enough to allow several people under its roof, and includes earflaps that slope onto a wooden bench where visitors can sit.

It’s covered with bright pink fabric tubes stuffed with polyester fibre fill to create the 12-centimetre-wide “yarn.” That was then positioned over a structure built of milled plywood. 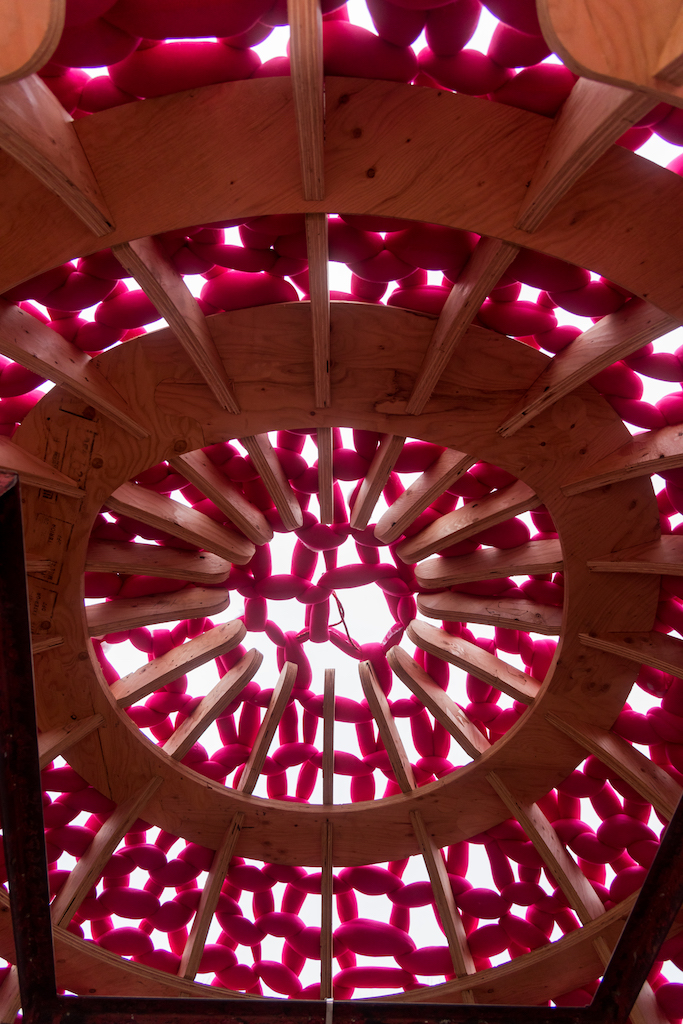 Designers Martin Miller and Mo Zheng, based in New York and China, hope visitors will be drawn to the large-scale art piece to share stories and discuss a raft of political and societal movements underway.

Zheng says she was delighted to see several people unable to resist touching the “yarn” when the piece debuted over the weekend.

“Actually, a lot of kids were climbing on that and they really, really enjoy it,” says Zheng, who notes that some observers simply see a familiar winter symbol, without political overtones. 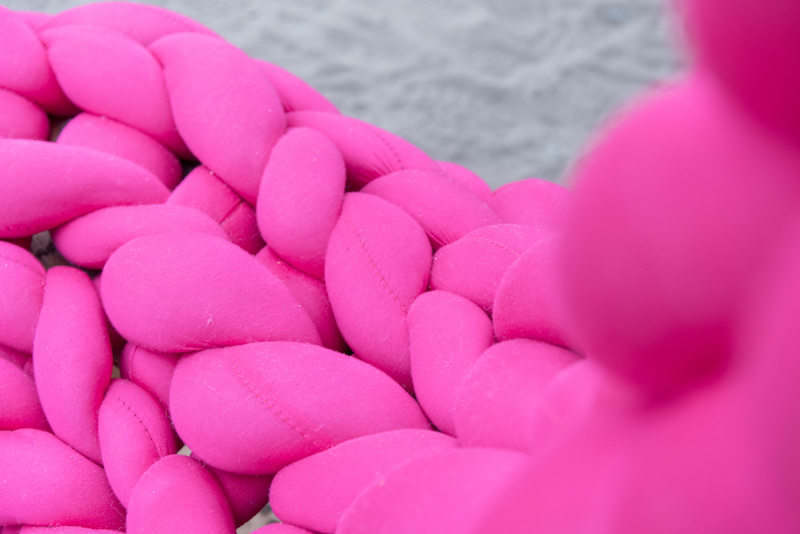 “The texture is just very different — it’s not your conventional kind of outdoor art installation. The material is (such) that people want to touch it and start sitting on it.”

The hut rises a little over four metres tall and involves about 1,200 metres of “yarn.”

Inside, there are shelves where people can share their own feelings about gender inequity and sexual harassment.
“People are welcome to leave messages and notes about their particular experiences, their experience with the women’s movement, the women’s march and leave little relics and artifacts,” says Miller. 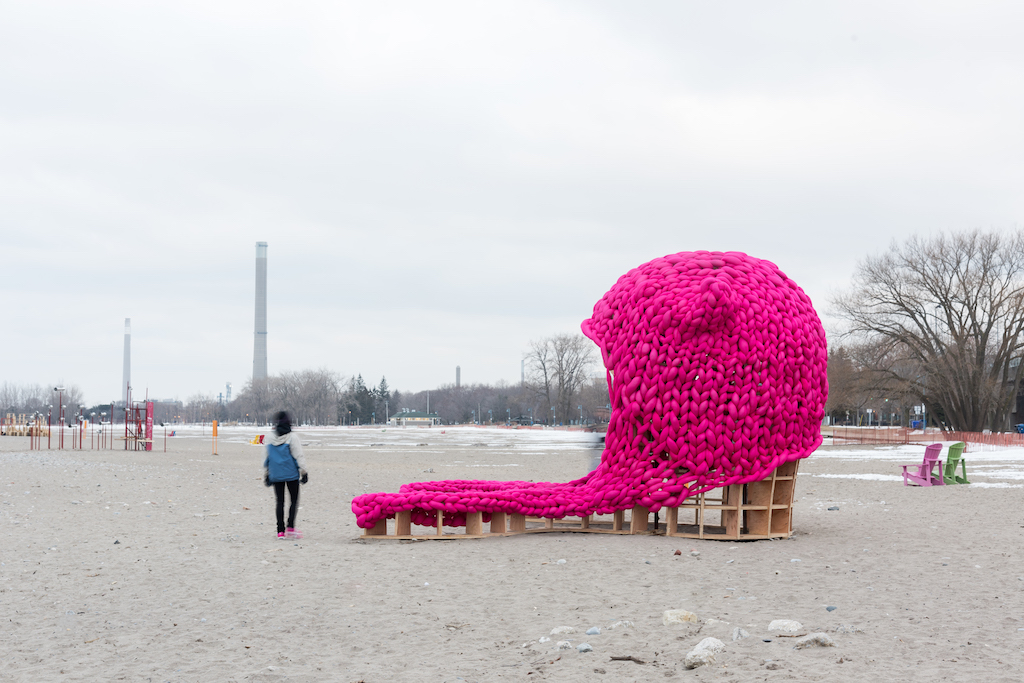 Other chosen installations include megaphones in a “noisebox” from Germany and spinning pinwheels to celebrate clean and safe energy from the Netherlands.

The exhibit runs until April 1.