Jean-François St-Onge and François Martineau, co-partners of Montréal’s ADHOC Architectes, were looking for an angle, some way of reimagining their city’s urban typology. A commission from a local property developer, KnightsBridge, gave them the  opportunity to expand on one inspiration — the geode, a sober-seeming stone whose hollow interior reveals a spectacle of crystalized minerals.

La Géode, situated in the funky downtown neighbourhood of Le Plateau Mont-Royal, is a five-unit residential building that, like its namesake, shows an outwardly austere aspect that contrasts with a wealth of colour, light and geometrical dynamism inside. Its shell consists of two façades: one facing the street; the other a back laneway. Both are kept purposely modest: large but unremarkable windows surrounded by grey-brown brick, sections of which are set at 90 degrees to form a gentle, rhythmic pattern. Aesthetically, this motif is reminiscent of airy mosque walls, Montréal’s own tradition of hand-crafted masonry, and the rough, protective surface of the geode itself.

A hint at what lies inside comes from the triangular metallic tiled entryway to the right. A former alley, the space has been transformed into a vibrant crystalline passage, leading into a wide inner courtyard filled with natural light, air and plants, with city-themed balconies running its upper lengths. Fittingly, La Géode’s interior is surprisingly alive, and sets the tone by bonding  private and public space, introducing organic greenery into an otherwise gritty urban setting, and reversing Montréal’s traditional template of long, dark houses jammed one against the other. 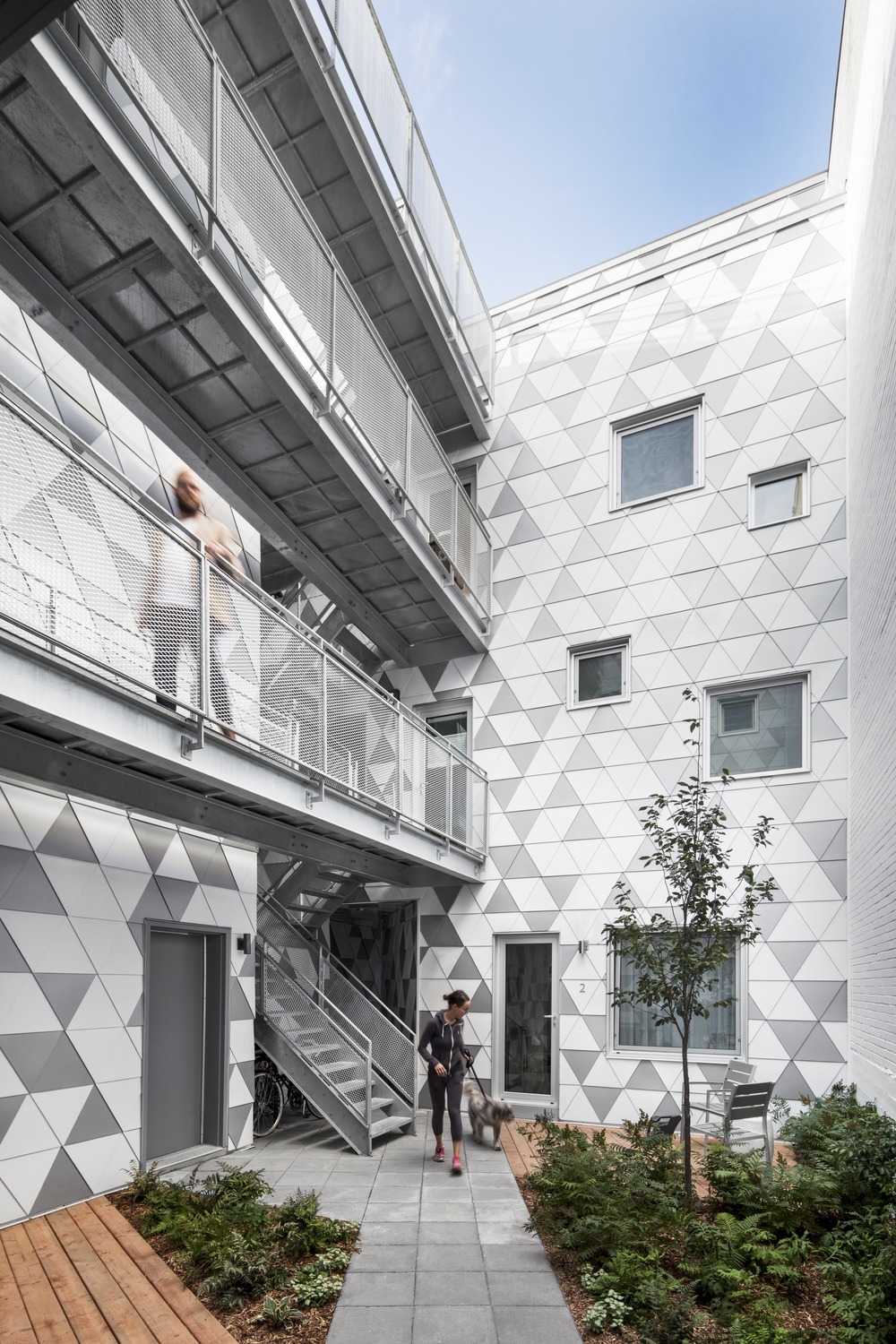 In a way, the idea is not new: Romans perfected the atrium house, focused on a central courtyard, millennia ago. But the concept was somehow lost in our modern world’s rush to construct highly compacted city residential areas. La Géode presents an updated take of soft densification designed with young professional singles and families in mind.

Yet it still had to remain true to its environs. Municipal ordinance dictated both a four-storey height limitation and the alignment of the ground floor with other neighbouring  buildings. This constraint forced St-Onge and Martineau to “rethink the basement from a qualitative point of view,” by enlarging window wells into small spaces for plantings and seating, and channelling more light through glass flooring on the main level. 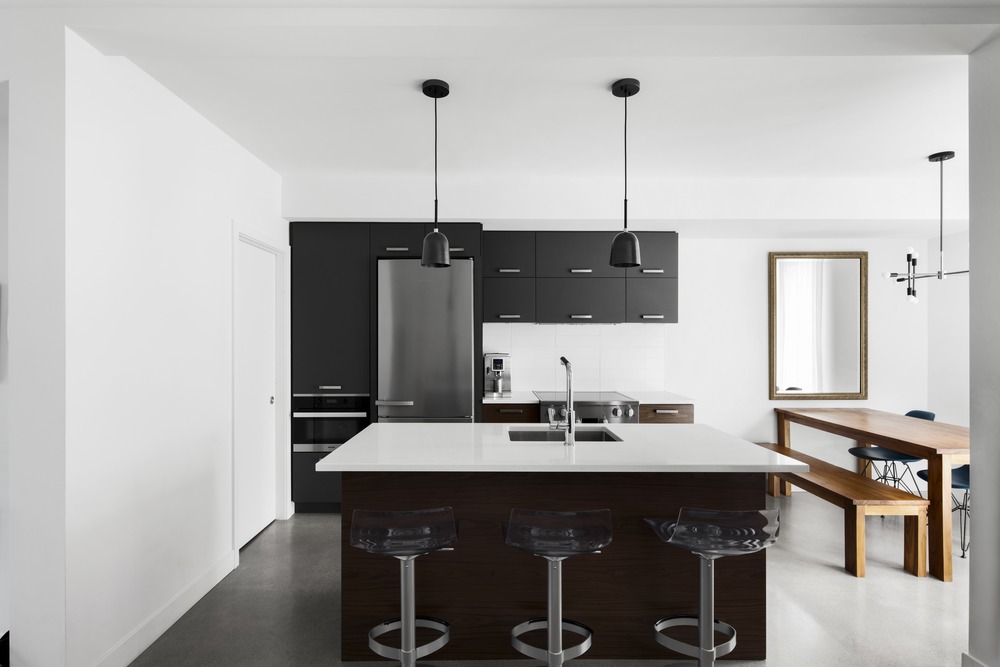 Their green strategy, coupled with the project’s high-efficiency performance, have made La Géode a front-runner for the first multi-unit building to achieve LEED v4 certification in Canada.

With outdoor dining, all roads lead to re-opening