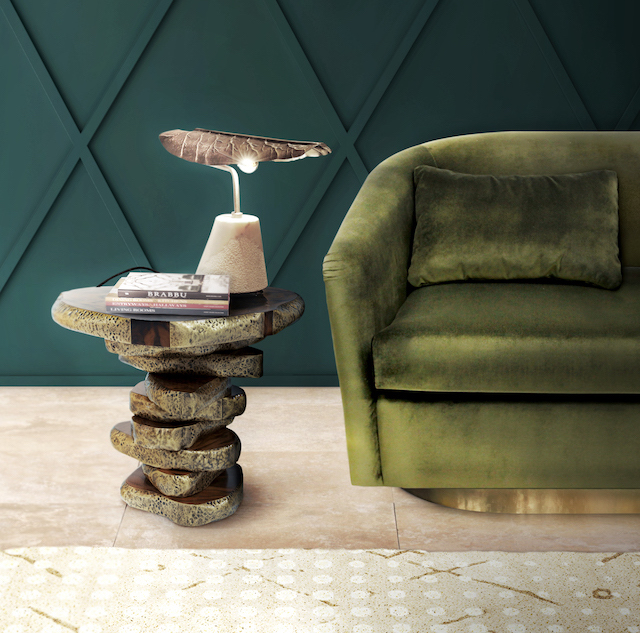 A pyramid of stones, known as Latza, found on the shore of Lake Baikal in southern Siberia was the inspiration for this table series, and features a top in walnut root veneer with a matte varnish and details in matte hammered brushed aged brass. www.brabbu.com 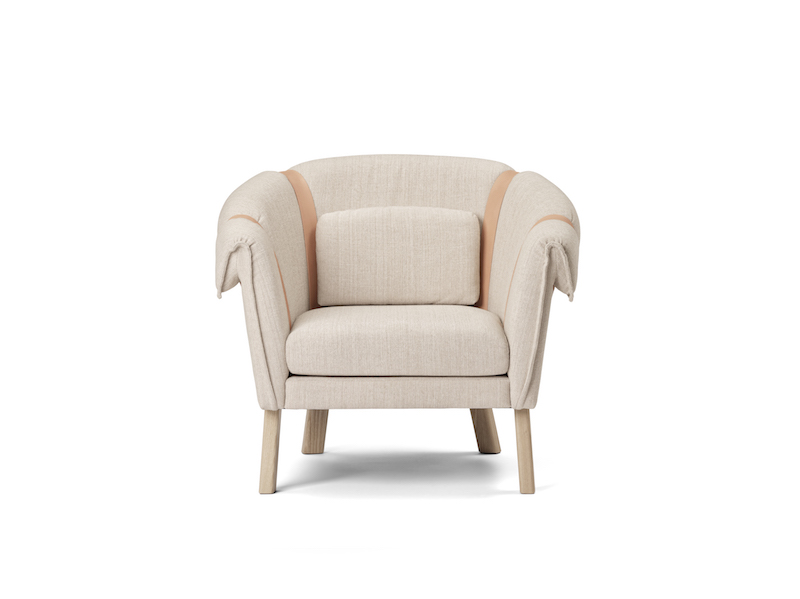 Designed by Färg & Blanche, the Ram was inspired by a backpack which the pair found on a trip to Italy and whose textile top could be rolled up and fastened with a buckle. This evolved into an armchair with four leather buckles extending from the seat and over the armrests, exuding a relaxed demeanour. www.designhousestockholm.com 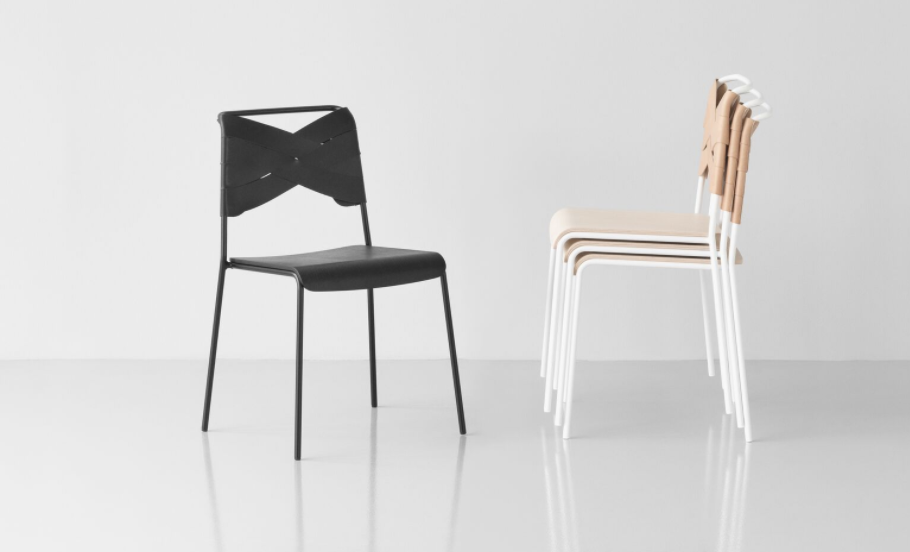 The Swedish-made Torso chair flitters on the border between fashion and design. Designed by Lisa Hilland, it is inspired by the traditional Hunting Chair and dressed in woven leather upholstery that comes in three different shades. www.designhousestockholm.com 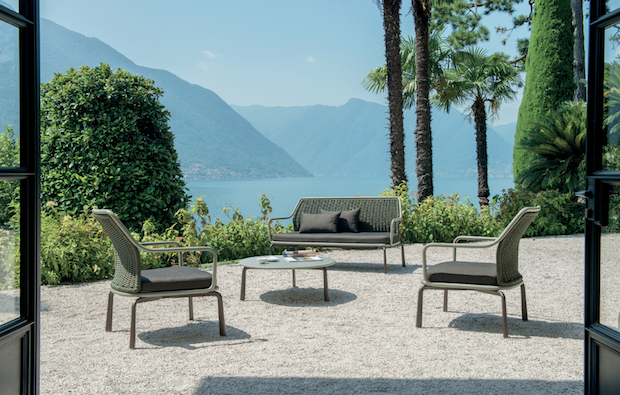 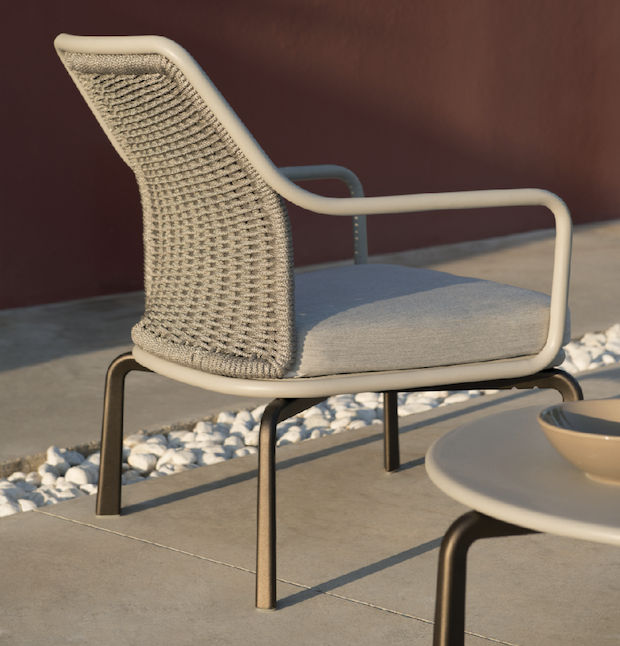 Among the EMU’s novelties at the show was the re-launch of the Cross collection, designed by Rodolfo Dordoni. The new collection retains the soft lines and formal rigidity of the original series but interpreting them through a combination of different materials. The tubular steel structure is matched with die-cast aluminium legs, and a seat and backrest of woven polyester cords is a homage to the craft tradition of basketweaving. www.emu.it 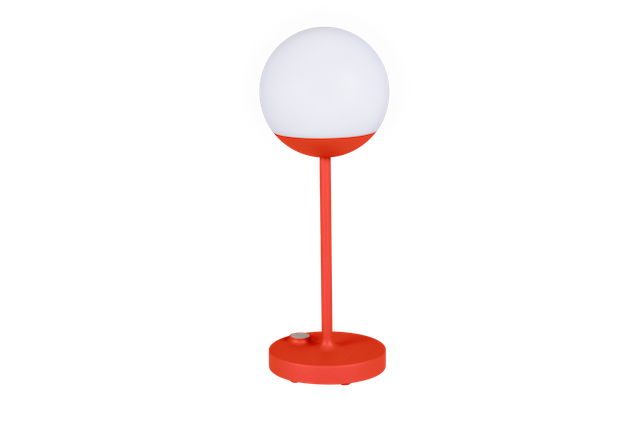 Building on the launch of Balad two years ago, Fermob’s next addition to the outdoor lighting range is the Mooon. Taking design cues from 19th century street lights, the lamp comes with an aluminium stand available in three colours: Storm grey, Nutmeg and Capucine. www.fermob.com 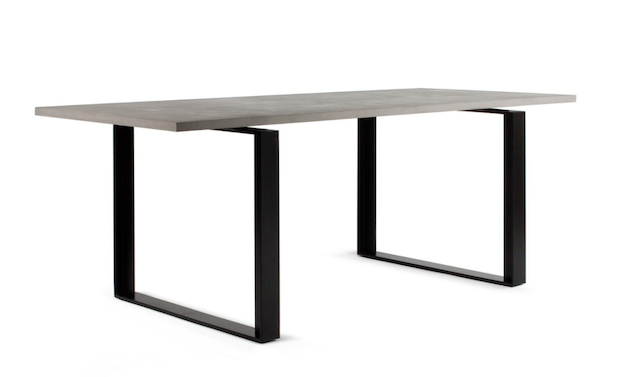 This French furniture studio specializes in concrete furniture and accessories that are somehow both robust and light-hearted. Their Alps concrete and steel table, for example, is surprisingly brutalist and elegant, using a base geometry that plays with depth and perspective to create an almost optical illusion. The concrete plate itself is a technical feat: achieved using fiber-reinforced Ultra High-Performance Concrete (UHPC), it measures two metres long but only 30 millimetres thick. www.lyon-beton.com 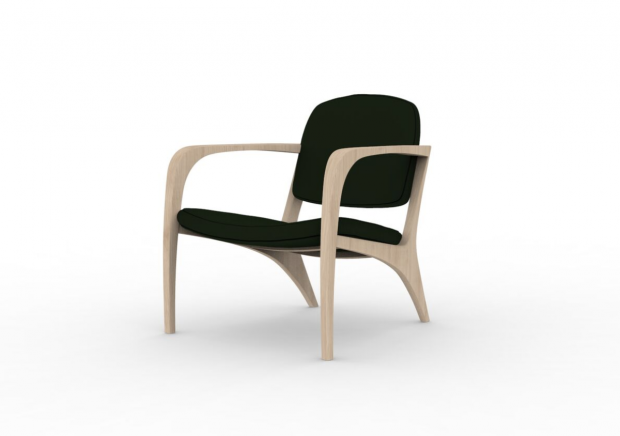 New to Maison & Objet, the Portuguese outfit Mr. North has an obvious love for wood, expressed with strong minimalist tendencies, as evidenced by the light and curvy 60’ Armchair, designed by Studio Sagitair, which mixes Scandinavian material inspiration with an Italian sensuality reminiscent of late 1960s. www.mrnorth.pt 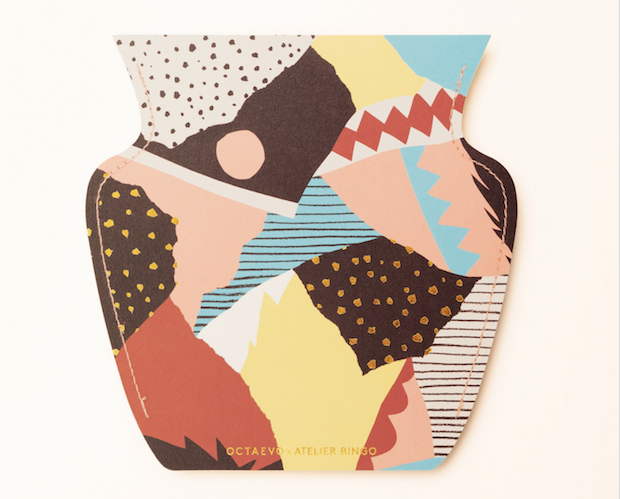 Barcelona-based outfit Octaevo tapped French illustration studio Atelier Bingo to design an exclusive series of dramatic prints, which they did by drawing inspiration from Italian volcanoes. The prints are used on several limited-edition lines of home accessories including a whimsically dynamic set of colourful paper vases. www.octaevo.com 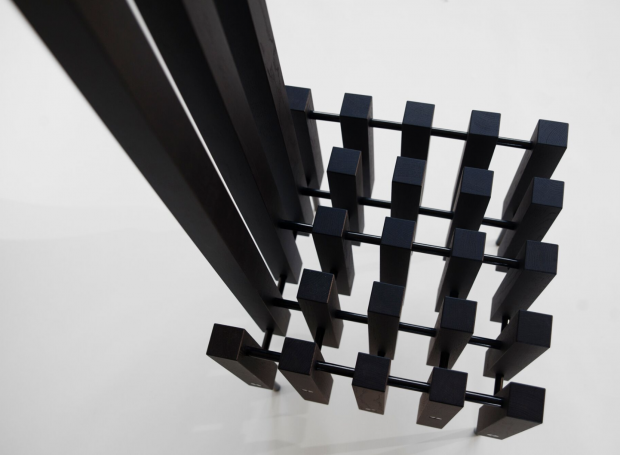 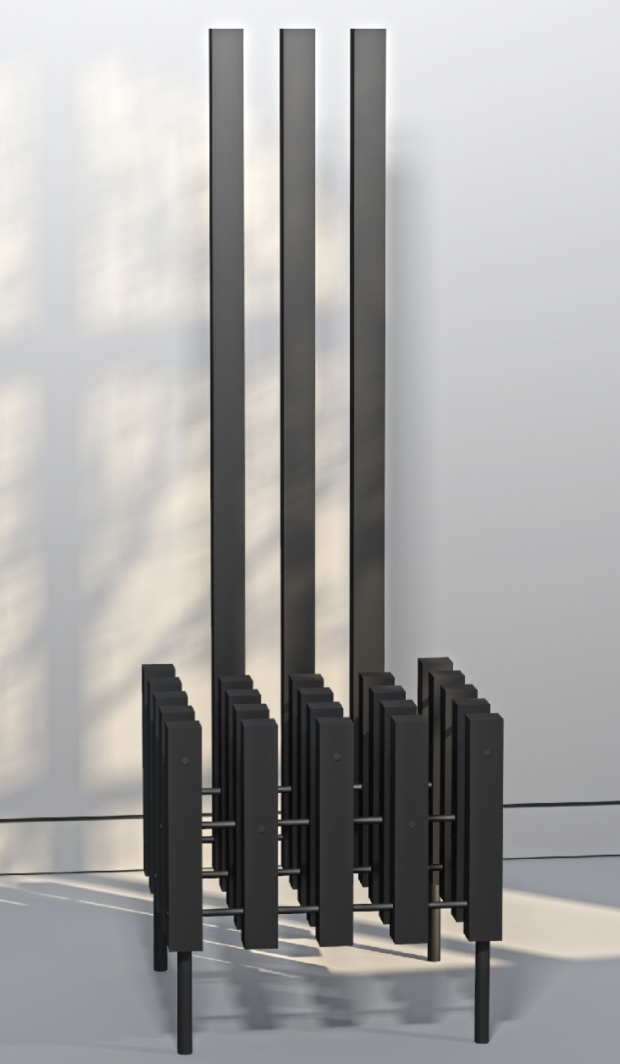 Exhibiting at the show for the first time, Berlin-based One+Eleven (or 1+11, they used both versions on their literature) attracted a lot of oglers with furniture pieces such as the Hiro multifunctional console or the Matrix chair (shown), which appear more at home in a modern art gallery where “functionality” is of secondary concern. www.oneeleven.eu

Marrimor Objects Debuts a line of “Nice Things for Nonconformists”