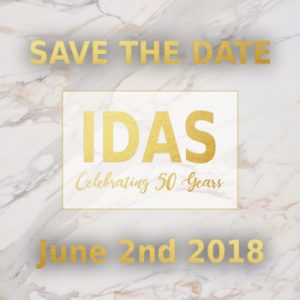 The Interior Designers of Saskatchewan (IDAS) turns 50 this year, with an anniversary gala marking the half-century celebrations. Hosted at Saskatoon’s recently completed Remai Modern art gallery, the IDAS 50th anniversary gala will be held on June 2, with tickets now on sale. Past and present members will be in attendance, as well as members of the Saskatchewan design community and those who support design excellence across the province.

IDAS is a non-profit professional association whose primary functions are to protect public health and safety and regulate its members and the use of the title ‘Interior Designer’ in Saskatchewan.  We are also a resource for information for our members and the public and provide networking opportunities, mentoring, continuing education, professional and legislative advocacy. IDAS is a volunteer run organization with approximately 100 members throughout the province.

The Interior Designers of Saskatchewan (IDS) was formed in 1968 by eight interior designers in Saskatoon. IDS was one of the original signatories to the Interior Designers of Canada (IDC) charter in May 1972, thus formalizing IDS with the Saskatchewan government. In 1979 IDS accepted the NCIDQ exam as the qualification for registered membership and in 1989 the IDC liability insurance program was created, and made mandatory for membership in IDS.

The Interior Designers Act’ was proclaimed in the Saskatchewan legislature in June 1997.  The association’s name was changed to the Interior Designers Association of Saskatchewan (IDAS) and IDAS earned titles legislation, protecting the title of “Interior Designer” for use by registered members. In 2006 IDAS adopted a mandatory Professional Development Program ensuring members maintain high standards for continuing education. In 2015 after a very successful membership drive, IDAS has reached 100 members and looks forward to continuing to grow and develop with the province of Saskatchewan.

Pre-sale tickets are now available for $100 each before May 1, 2018. The price of tickets will be $125 each after May 1st. More information is available via the official website, linked here.