Right out of the gate, Idris Mootee was confident what he was about to say would not endear him many friends. In fact, he was sure many on Facebook would probably unfriend him. Speaking on a panel at Business of Design Week last December, Mootee, CEO and co-founder of Idea Couture and author of five books on innovation and strategy, was blunt: “the world is going through drastic structural changes, not just in one sector, but everywhere, so people have to re-think their core existence in any business, including design.” 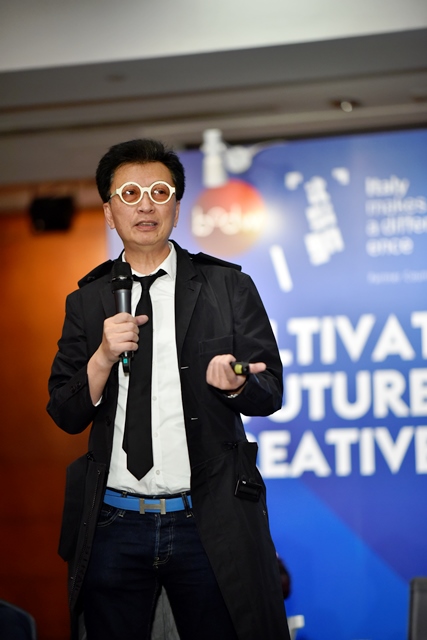 Yet design still has major problems (cue the unfriending). “It’s been placed in a box tethering it to a design aesthetic,” he says. In traditional design schools, he says, the human is a knowable entity: our exterior limits are defined (i.e. the length of our arms), and in the last hundred years we have been industrializing our bodies (i.e. making tools). “Back in the 1920s it was about the Machine Aesthetic, and [design’s purpose] was to help you become part of the machine so you are more productive. We’re still in that headspace.” According to Mootee, design schools are still thinking like a traditional industry: training people to make chairs, electronics, toys, architecture. But is usability really good design? Not anymore.

“Designers need to think about how their critical problem-solving abilities create value. They should be thinking about how they design the future.” That is Mootee’s core philosophy: design should always be linked to an improved future (no doubt why he was on a panel whose topic was Cultivating a Future Mindset). Idea Couture’s client list is impressive — Samsung, Burberry, Google — but according to Mootee, “these companies pay us millions of dollars and we don’t do anything: we don’t give them design, engineering, anything. Instead, we help them understand the future.”

To Mootee, the next five decades will be about extending our minds, emotions and selves to influence what automation will do for us. If we realize and focus on that, it will create high value design jobs and attract the smartest talent out there to this industry. But to do so, it is important to recognize that design thinking is not exclusive to designers, or unattainable to those in other disciplines. Design is a process driving towards a solution: a product, a service, or sometimes something intangible. When done well, the results have both utility and elegance. But old modes of thinking will produce the same old results. It’s not about designing nice chairs anymore. It’s about designing the future.

The Air Up There