Look up and you can see sticks and stars at Yonge + St Clair this month as the intersection celebrates Earth Month 2018 with the launch of a temporary public art installation — Equilibrium. 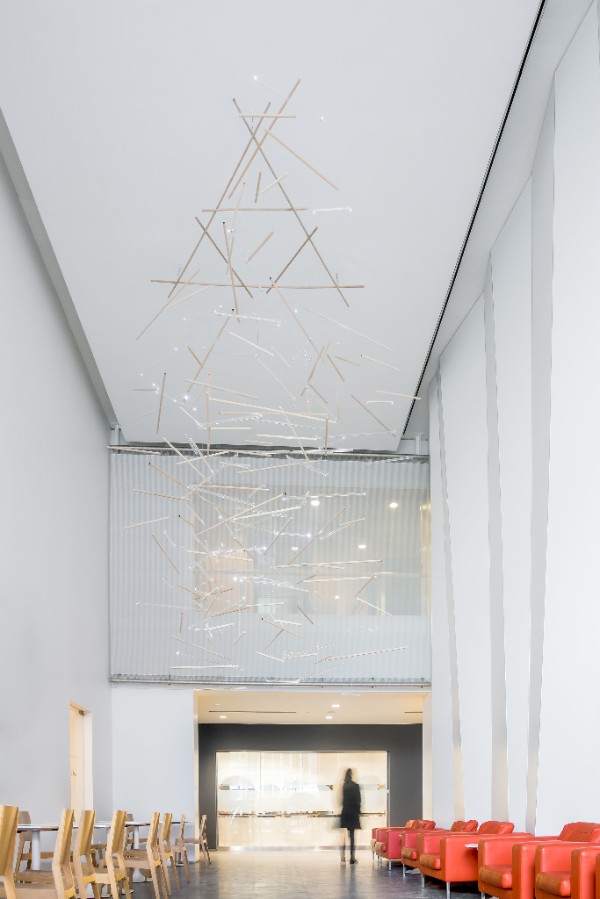 Equilibrium, a fifteen-foot tall art installation in the lobby of 2 St. Clair W, is part of a series of Earth Month events happening in April at Yonge + St. Clair. Throughout the month, Slate Asset Management, which owns all four corners of the intersection, is funding e-waste drop-off centres for unwanted and used technology, and a clothing drive, Double Take, in support of the local Yonge Street Mission.

“It’s Earth Month here at Yonge + St. Clair and we wanted to take a more creative approach not only to celebrate Mother Earth, but public art as well. That led us to formulate a ‘Call for Artists’ in February where we accepted proposals for public art installations that would be original, interactive, and environmentally conscious. Equilibrium plays a key role in re-energizing the street life and streetscape,” says Yonge + St. Clair community manager, Jessica Myers. “Yonge + St. Clair is going through an exciting resurgence and we wanted to maintain our strong momentum of infusing art and culture into the neighbourhood.” 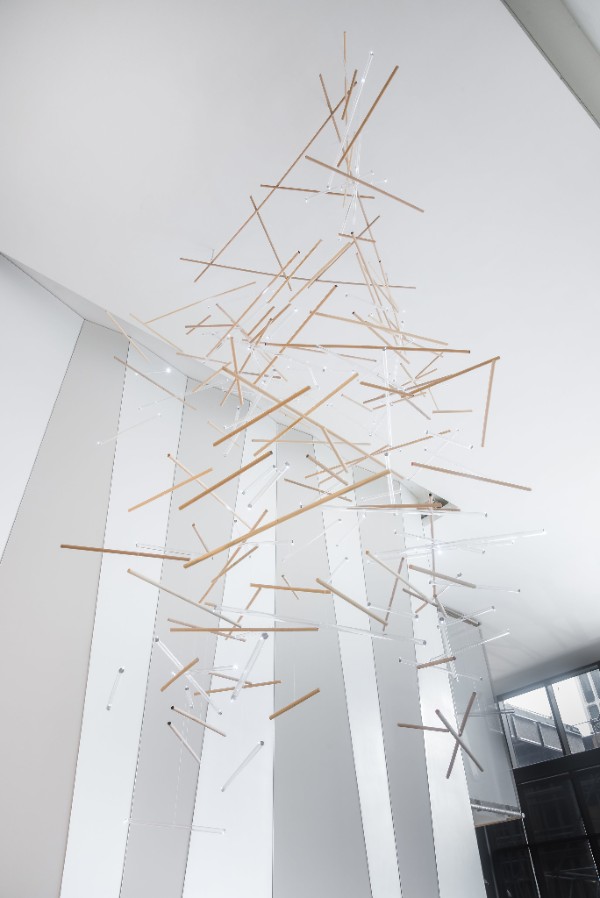 Equilibrium is comprised of clusters of wood dowels and plastic tubes intricately connected by invisible fishing lines suspended from the ceiling, representing the complex network of the Earth. Small lights at each end of the plastic tubes accentuate the entire installation. The individual pieces shift throughout the day to mirror the Earth’s ability to adapt.

Artists and architects, Natalia Bakaeva (Interspatial) and Natalia Tcherniak (Blue Print Jam), won a competition calling for a public art installation that reflects Earth Month’s values. Their design was selected from a list of 30 artists because of its elegance, authenticity and creative use of recycled materials.

“Yonge + St. Clair is a great neighbourhood and this was an exciting opportunity for us to create a new artwork. Temporary installations have the power to tell a story, create stronger community ties and naturally engage people,” says Natalia Bakaeva. 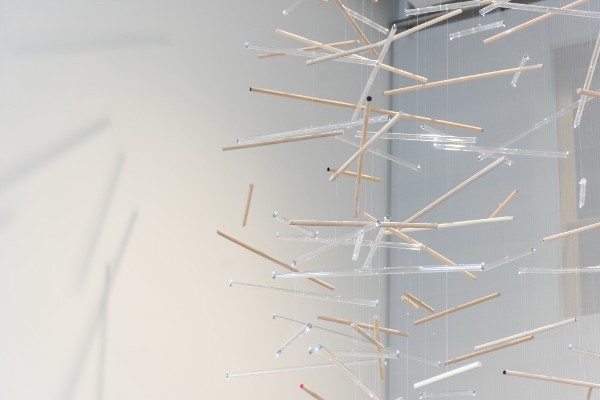 The artwork is a visual commentary on the intricate relationships within the Earth’s ecosystem and shows the Earth’s delicate structure and its ability to adapt to events like climate change.

“Balance in nature is so critical, and it’s why we decided to raise awareness that everything is connected within the Earth’s ecosystem and needs to be balanced,” says Natalia Tcherniak.

Slate has been injecting new life into the Yonge + St. Clair neighbourhood at a rapid rate having acquired ten properties in the area four years ago, including all four corners of the popular intersection. Since then, Slate has made many contributions to Yonge + St. Clair’s creative community development, including funding an eight-story mural by international street artist Phlegm, taking part in Toronto Design Offsite (TO DO) Festival 2018 and introducing several public space enhancements, such as a Ravine Bench by design firm Gensler.

Equilibrium will be on display until the end of the month at 2 St. Clair W.