On the historic Queen Street West strip that spans from Simcoe to Bathurst, downtown Toronto reclaimed parts of the urban landscape with the launch of two artful new Outdoor Public Spaces — at Queen St. and Denison Ave., and Queen St. and Ryerson Ave. — on Saturday, May 5th. 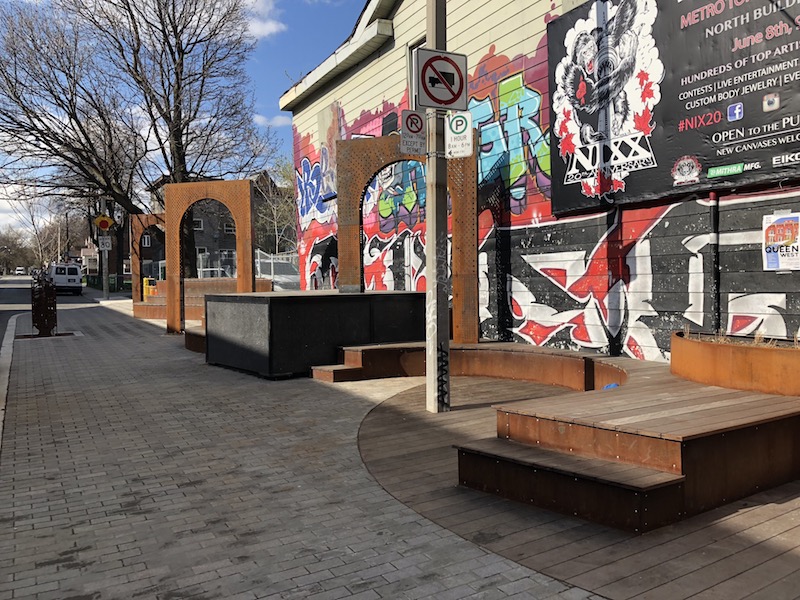 The event was held to inaugurate the latest innovation on Queen Street West made possible by the City of Toronto BIA Office, Councillor Joe Cressy (Ward 20, Trinity-Spadina), and the Queen Street West BIA. The community was invited to fill these spaces with laughter and dancing with music, food and entertainment for visitors and children of all ages.

“Improving and expanding our often constrained public realm is a critical part of our work to build livable neighbourhoods,” said Councillor Cressy. “Our partnership to reimagine Queen Street West has created new spaces and places where our communities can not only support local business, but gather, stop, celebrate, watch and learn – from our city, ourselves and each other.” 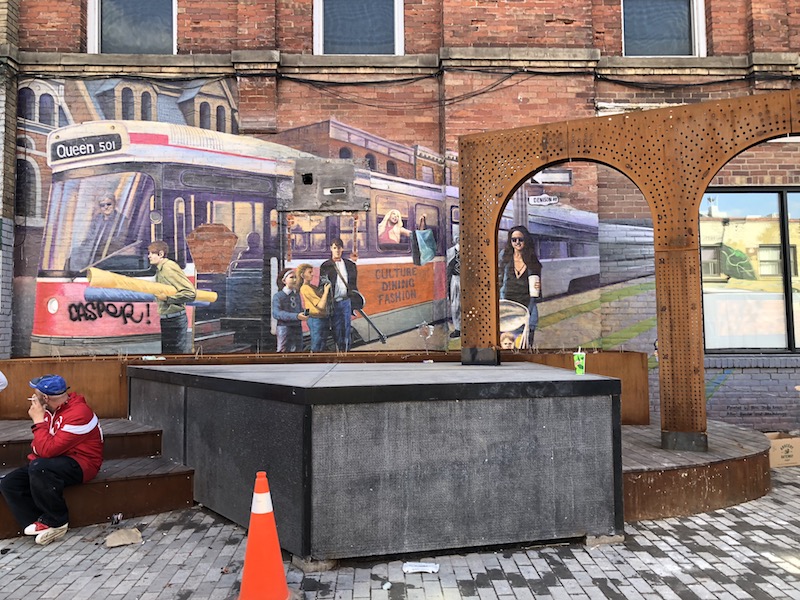 The miniature public squares are architectural marvels, with photogenic archways, ample seating, a stage for impromptu performances, a water bottle refilling station, and most innovatively, free public Wi-Fi. All in the space that would normally be home to 5 parked cars.

“It’s an invitation for people to use the street itself as an extension of their living room. A great street is one where you can find a spot to relax and watch the world go by, chat with a stranger, eat a snack, commune with the urban landscape as humans have since the birth of city life,” Shamez Amlani, Chair of the Queen West BIA. 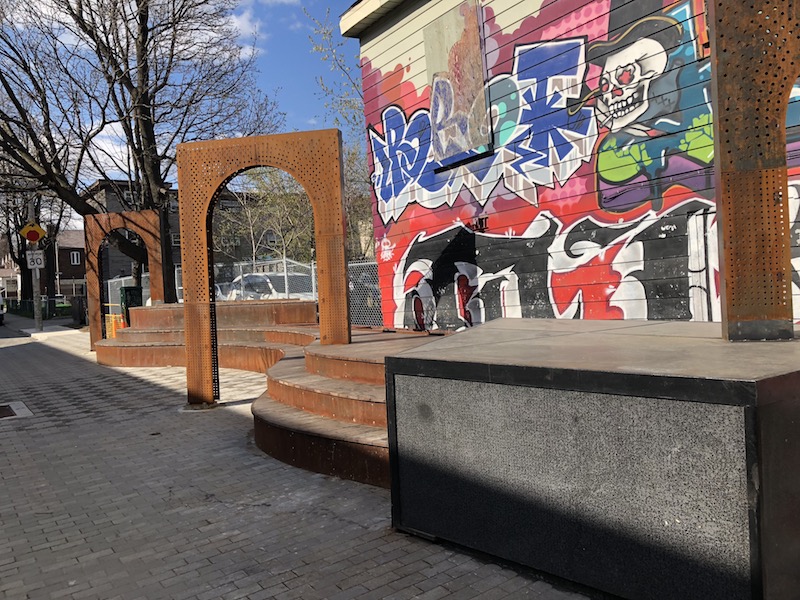 The project was cost-shared with the Queen Street West BIA and the City of Toronto. The BIA engaged the award-winning landscape architectural firm PMA and Fugitive Glue Design to create the spaces and the tree guards were designed by Artist Scott Eunson. DPM Energy designed the electrical system for the lighting and Wi-Fi infrastructure.