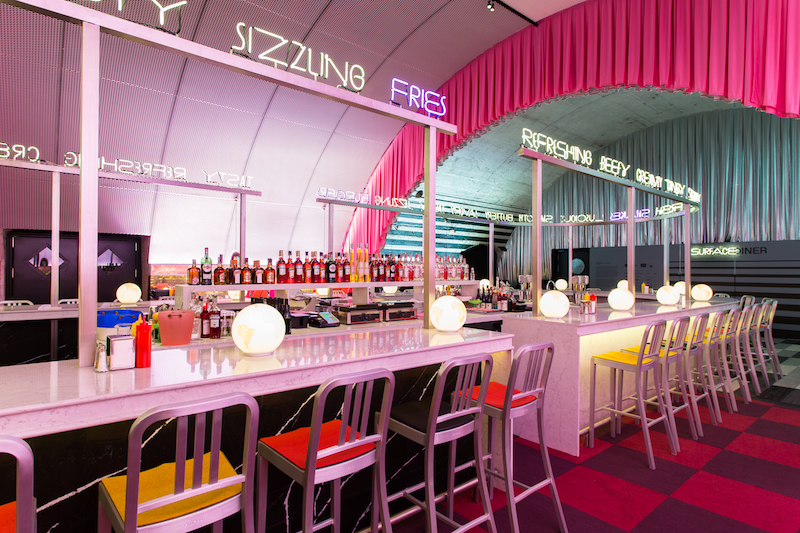 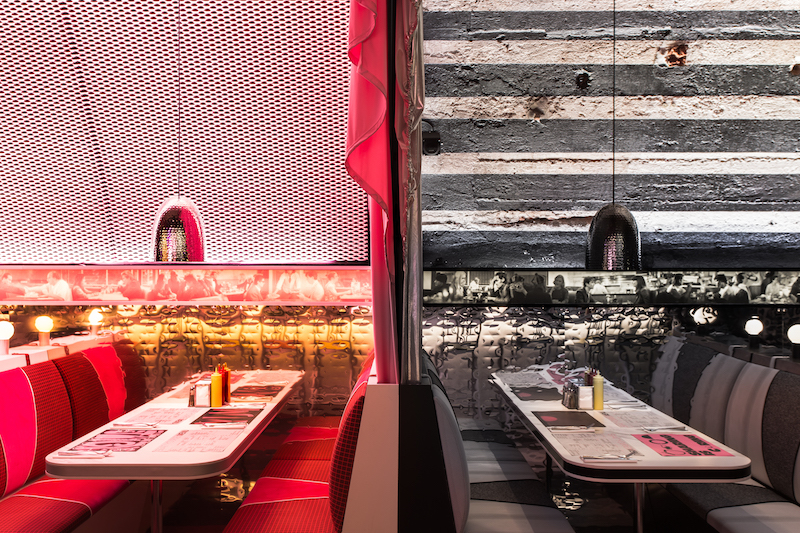 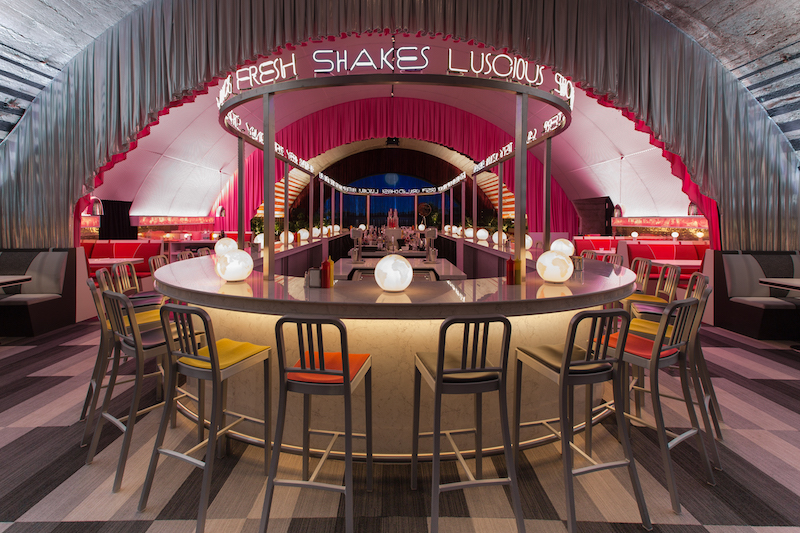 Architect David Rockwell, Surface magazine and design studio 2×4, backed by a slew of product and material partners, successfully transformed one of the Ventura Centrale vaults into a slick reinterpretation of the American diner. Judging by the crowds, Italians must really be hankering for greasy burgers and grilled cheese. www.rockwellgroup.com (Image by Michele de Candia) 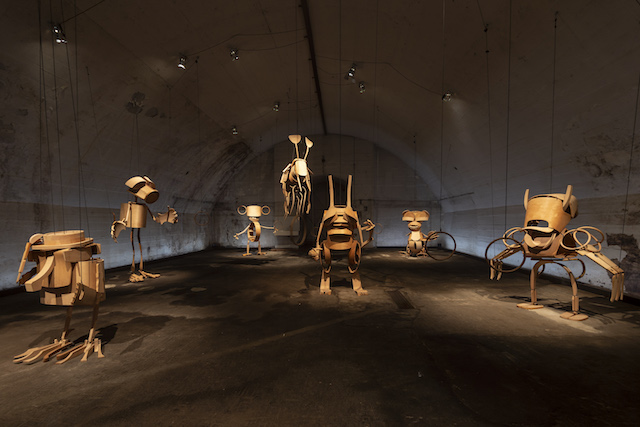 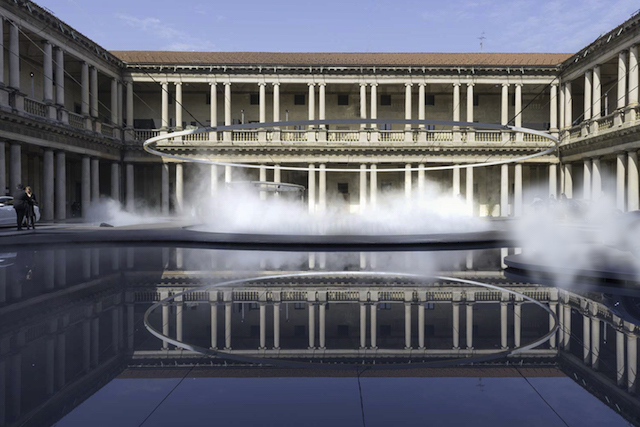 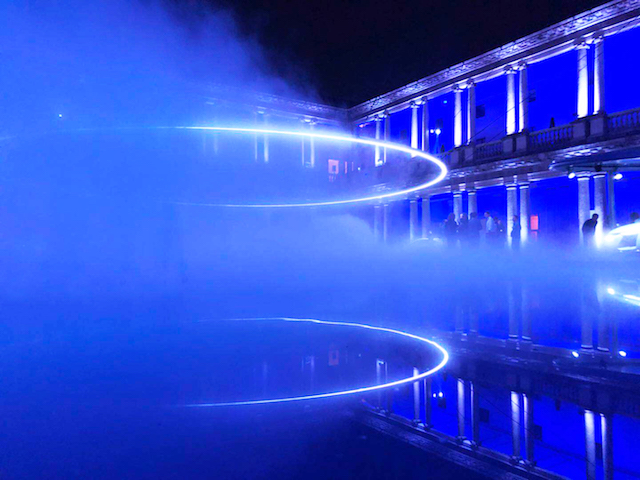 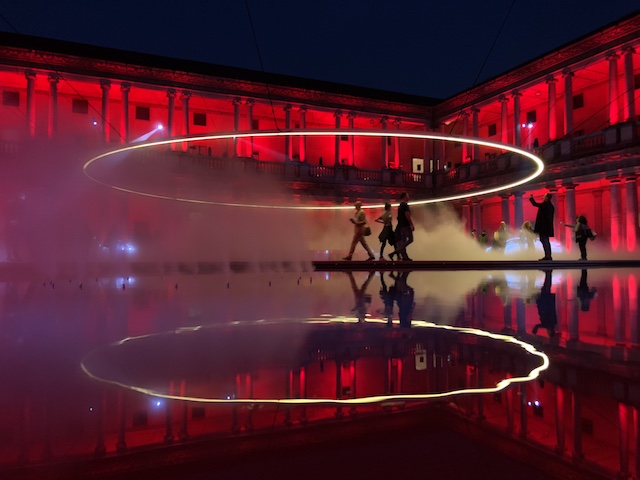 By installing a simple circular LED ring inside the courtyard of Milan’s historic Seminario Arcivescovile (a seminary built in 1564 for St. Carlo Borromeo), MAD Architects created an impressive exercise in contrasting geometry: a circle-in-square reflecting off a pool of water gives visitors a perfect cause to contemplate the greater meaning of things. www.i-mad.com 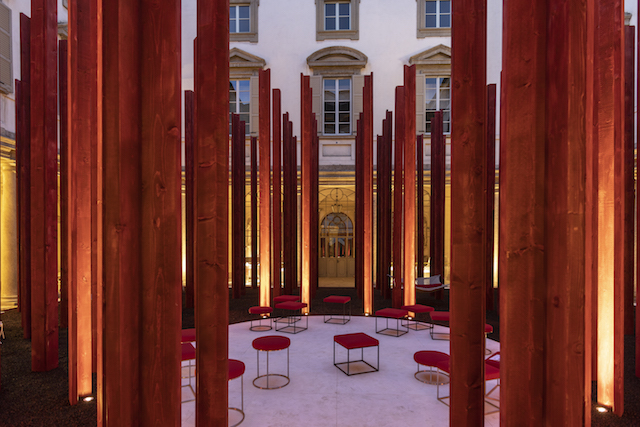 Palazzo Litta is an offsite locus during Salone, which makes its Great Courtyard one of the most coveted installation locations and a feather in the cap for any designer who can nab it. This year that honour went to London-based studio Asif Khan, whose installation of ochre-tinged wooden columns create a dialogue with the marble ones of the surrounding square. 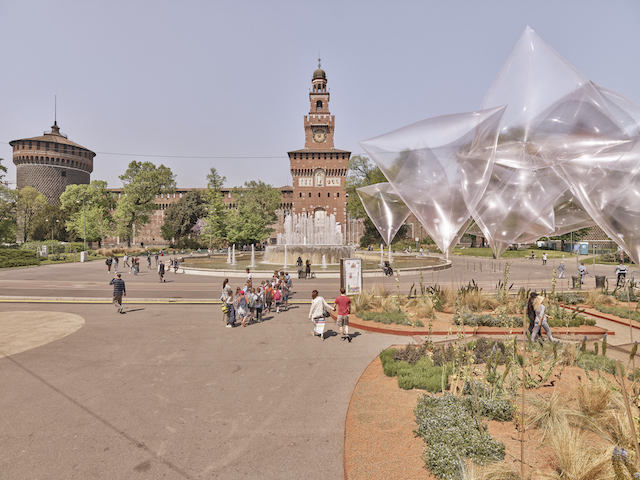 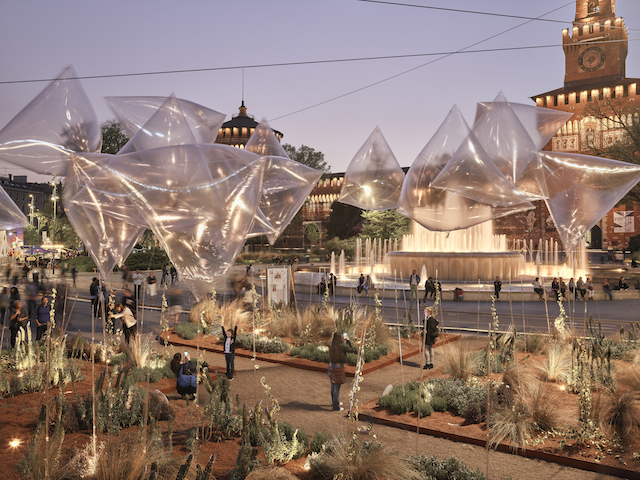 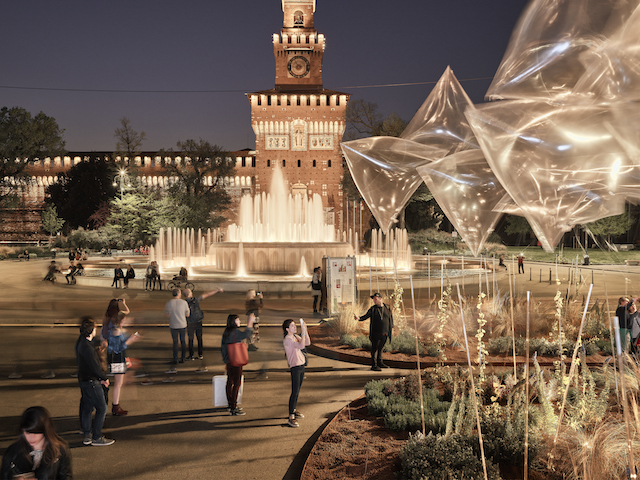 Drawing on the past to set the lifestyles of the future: that was the mission of agrAir, the installation designed by Piuarch. Located in the middle of Piazza Castello, the project was conceived as an opportunity to re-think the traditional setting of the urban fabric. Key features of the projects – lightness, brightness, careful use of resources, eliminating the boundaries between interior and exteriors, between natural and artificial spaces – were outlined in a balanced relationship between the elements of earth and air. www.piuarch.it 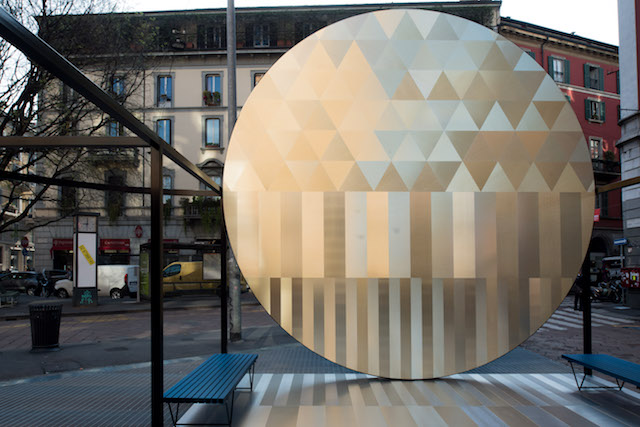 The Rising is the installation designed by Francesco Librizzi for the surface aluminium brand DVNE, an architectural project that transforms a street intersection into a square, creates a pedestrian courtyard and signposts the entrance to the Brera Design District. 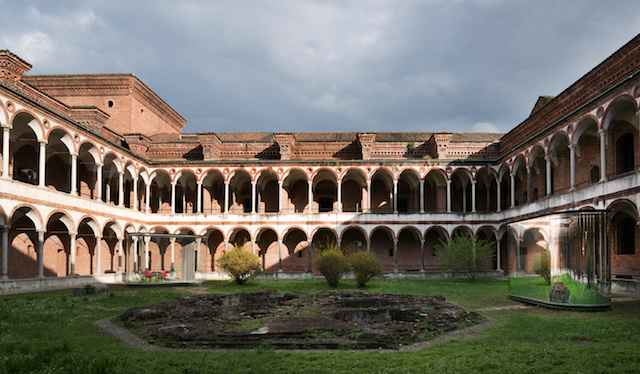 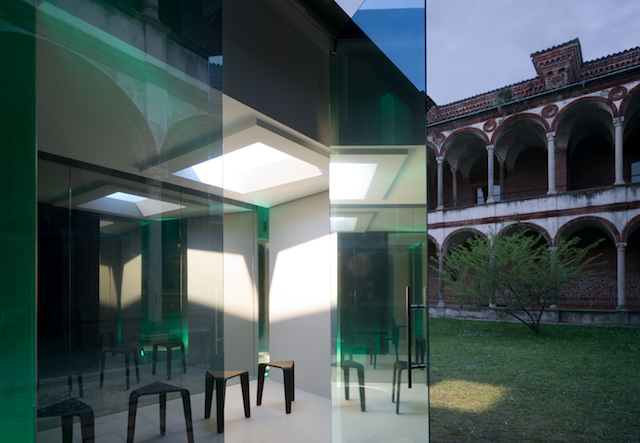 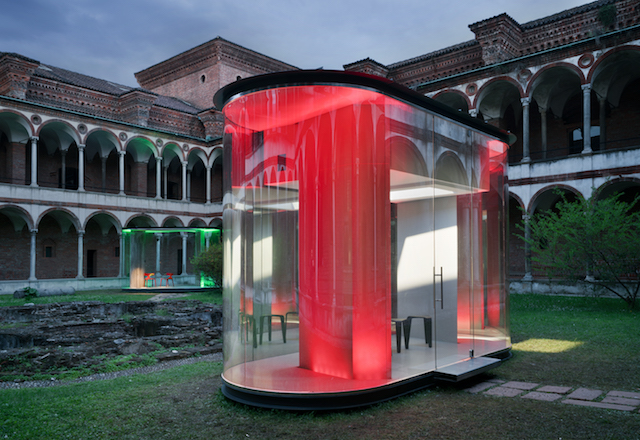 Inside the ancient Cortile dei Bagni courtyard, architect Filippo Taidelli of FTA studio staged a vision of the future in the relationship between man, architecture, technology and nature in the hospital of tomorrow. The installation consists of two glass structures or “cells” of equal size but with antithetical formal characteristics, which establish a visual dialogue by placing themselves at opposite corners of the courtyard. They represent two complementary and apparently antithetical spirits of the healthcare of the future: on the one hand, the focus of interior design on transforming the hospital into a domestic space, on the other hand, the advent of the “virtual healthcare,” the redefinition of the man-machine interface and consequent “dehospitalization.” www.filippotaidelli.com 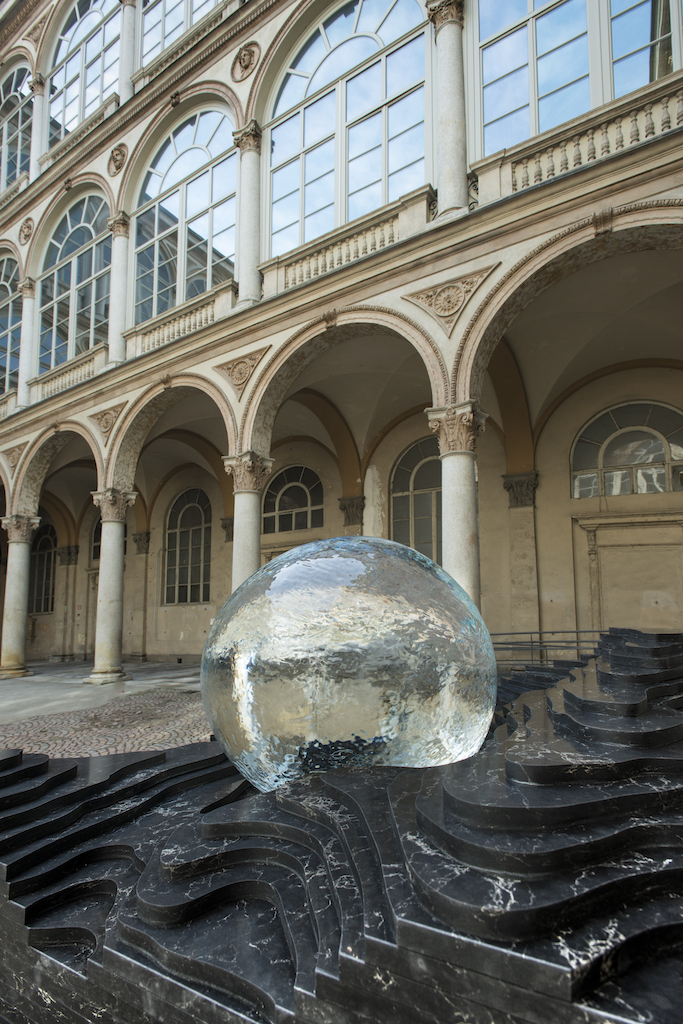 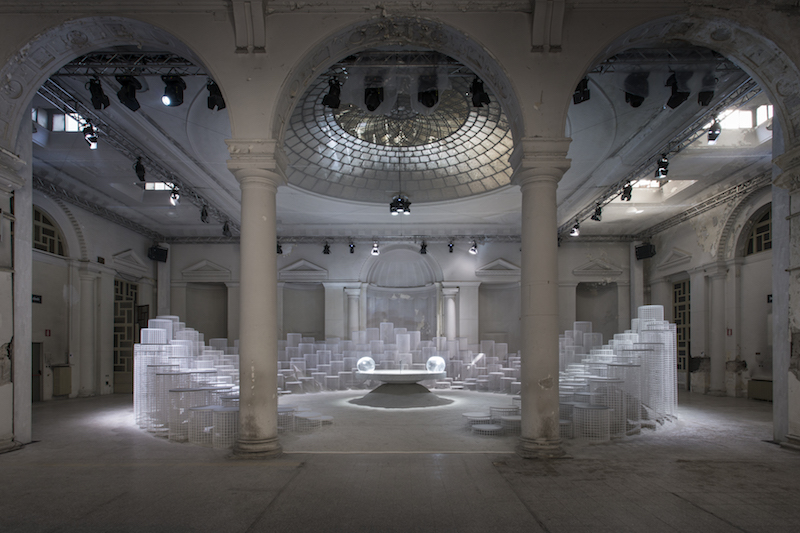 Caesarstone brought Snarkitecture’s Altered States to the faded grandeur of Palazzo dell’Ufficio Elettorale di Porta Romana for Milan Design Week. Visitors of the installation were guided through an immersive experience of a conceptual kitchen island. At the centre of the space, a large circular kitchen island, made of Caesarstone White Attica, explored the changing states of water – ice, liquid and steam – at different stations. Caesarstone surfaces are used in layers, referencing natural topography as a metaphor for nature.   www.caesarstone.com 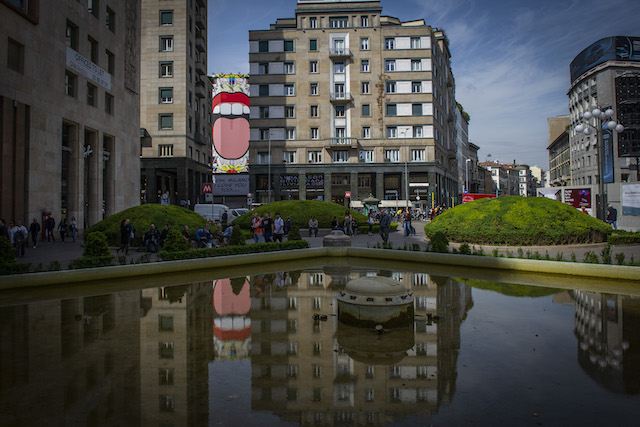 After years of neglect, Garage Traversi was ready for a rebirth. To celebrate the building’s new life, design duo Studio Job designed a love letter for Milan on the Rationalist facade. The graphic design, clearly inspired by the iconic America Pop-Art visuals, combines well-known themes in Studio Jobs’ imagination – the lips – with a love declaration to the city of Milan in the form a comic balloon. “Oh oh Milano, I love you too…” invites visitors to share their feelings through social media – through the hashtags #ohohmilano and #garagetraversi – and heralds the reintroduction of the iconic building to the city. 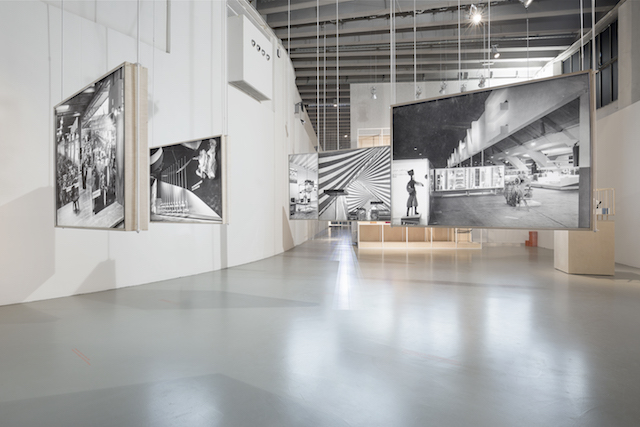 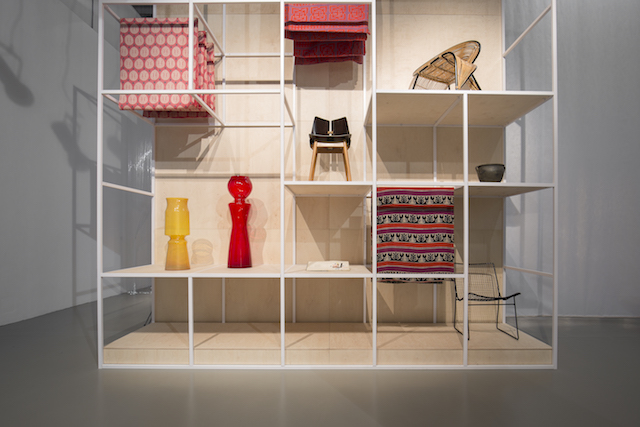 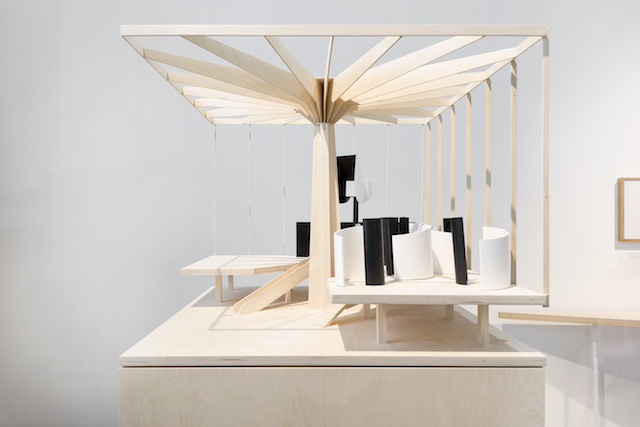 Created to display objects to visitors, temporary exhibition structures often disappear in the background. Back to Front: Polish Exhibitions on Show was an exhibit about exhibits; an opportunity to show the robust history of Polish exhibition design and to reveal the pivotal role exhibition design continues to play in our collective connection to the visual arts. And what better venue for this meta-exhibit than La Triennale, Milan’s celebrated art and design museum. As described by exhibition curator, Katarzyna Jeżowska, Polish exhibition design during the inter-war period was known for its unprecedented multi-disciplinary style. It was brought to life by a small yet vibrant community of designers, applied arts experts, filmmakers, photographers, artists, graphic designers and musicians. www.culture.pl

Eye Of The Beholder