The Interior Design Show Vancouver (IDS Vancouver) enters its fourteenth year as the Pacific platform for all things design, announcing its keynote speakers — including celebrated designer Karim Rashid — for the September 2018 showcase and the release of its first published book, Currents: Contemporary Pacific Northwest Design.

The week-long design fair kicks off on Tuesday, September 18 with a series of offsite events running until Sunday, September 23. Among the offsite series is the return of THE MIX: West Coast Best Coast, a unique program that includes displays, installations and talks both onsite at the fair and off. Presented in partnership with the LA Design Festival and Design Milk, the program has paired two relevant, leading Los Angeles-based designers, Leah Ring (Another Human) and Bari Ziperstein (BZIPPY & CO.), with two celebrated, contemporary Vancouver designers, Riley McFerrin (Hinterland Design) and Ben Barber (Ben Barber Studio). 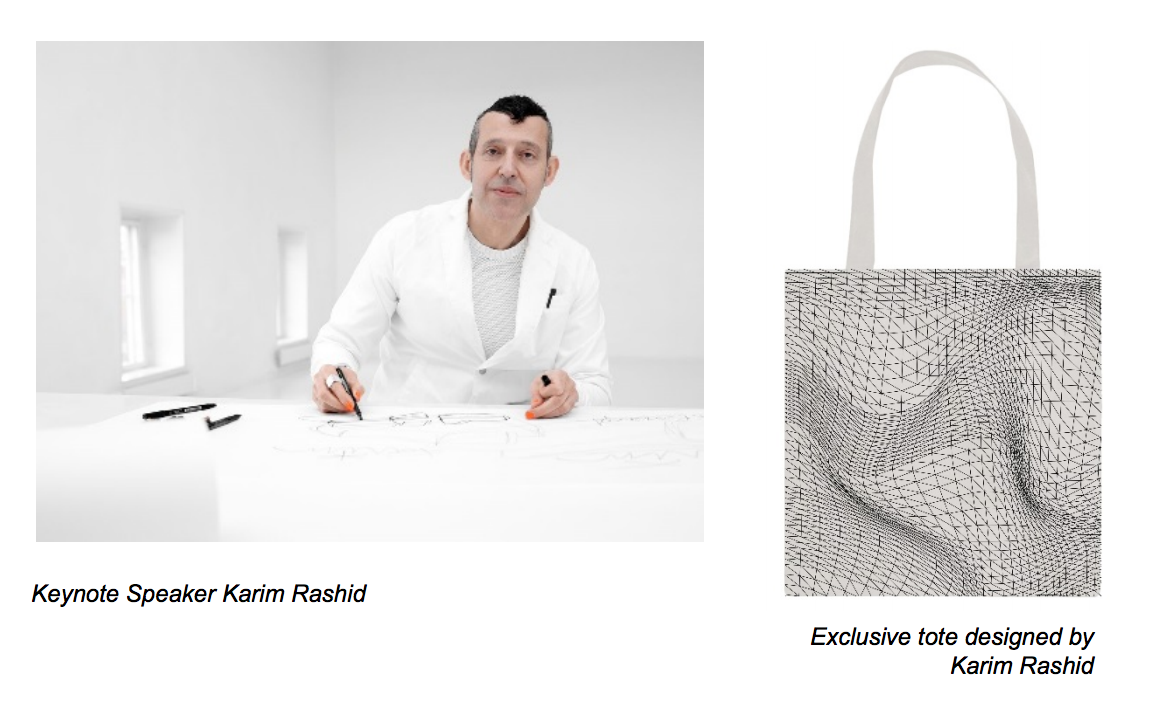 The main event kicks off on Thursday, September 20 with the popular Opening Night Party and runs until Sunday, September 23 at the world-famous Vancouver Convention Centre West. Among the roster of highly distinguished international speakers is famed industrial designer and prolific visionary, Karim Rashid, who will be speaking on the Caesarstone Stage on Sunday, September 23. With more than 4,000 designs in production, nearly 300 awards to his name, and client work in 40 countries, Karim’s ability to transcend typography and dedication to democratizing design make him one of the most unique voices in his field today. In collaboration with BoConcept and IDS Vancouver, Karim has designed a limited-edition tote, available exclusively to the first 2,000 visitors of the fair each day (September 20-23).

Caesarstone Canada continues its designer collaboration program by showcasing “Altered States,” a collaboration with New York-based firm Snarkitecture, as the Central Feature at IDS Vancouver. With a focus on the icon of the modern home, the kitchen island, Snarkitecture looked at water as the most important “ingredient” in the kitchen, drawing inspiration from its changing states in nature (glacier, river, geyser) and in the kitchen (ice, water, steam) to create Altered States. Snarkitecture’s founder and partner Alex Mustonen will be speaking on the Caesarstone Stage on Liebherr Professional Trade Day (Friday, September 21).

The next instalment of Open Studio, presented by DXV Canada, reimagines the bathroom as a sanctuary, inviting a group of design studios to incorporate the ‘Retreat’ theme into their blank 100-square foot concept space with the help of DVX Canada fixtures. IDS Vancouver will launch its own publication this season, making it the first design book focused on the Pacific Northwest region. Curated by IDS Director, Jody Phillips, and published by New Heroes & Pioneers, Currents: Contemporary Pacific Northwest Design explores the design boom in the area, the similarities and differences in fundamental principles within the creative field, and over 40 remarkable makers behind this hotbed of design. Designed by Daniel Zachrisson and featuring contributions from ANDlight, Base Modern, fruitsuper, John Hogan, molo, Studio Gorm, and more – Currents navigates the landscape and settings which inspire this area. The book is available for preorder to pick up at the fair.

All presentations and exhibits will be available for viewing onsite at the Vancouver Convention Centre West or offsite at various designers’ studios from September 18 to 23. More information is available via the official IDS Vancouver website, linked here.