A fundamental part of the interior design process is translating the Inmarsat corporate culture into the built environment. An international satellite communications company sought to modernize their local office and consolidate all staff from multiple locations into one currently occupied head office. Accommodating the increased building capacity while also creating approachable work spaces was a key challenge in the space planning. Adopting the corporation’s global approach to facility design meant transitioning users from enclosed and therefore disconnected work environments into transparent, team-based spaces

Renovating a circa 1980s building afforded many opportunities to update not only the building systems, but to reorganize the interior layout to reflect more current work patterns, Various venues were designed within the office space to facilitate the array of meeting types that occur daily including a new multi-purpose room, a social-focused lunch room, phone booths, open break-out spaces, and almost triple the number of meeting rooms. 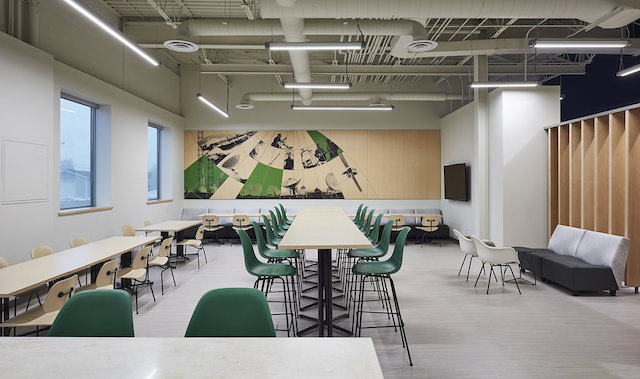 The occupancy increased from approximately one hundred people to two hundred and fifty people, without necessitating a physical expansion to the building. The existing square footage was sufficient to support modern business needs once appropriate space planning techniques were used to create efficiencies.  Many of the existing interior building assets were retained. 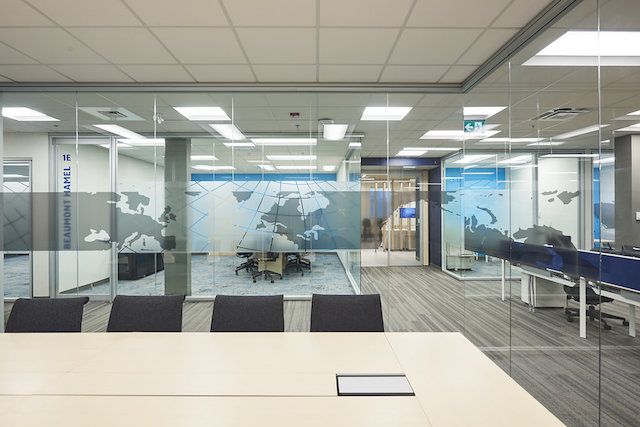 Views throughout the space where maintained and created wherever possible to allow for access to natural light despite the minimal exterior glazing. Interior glazing was increased, which also allowed for connectivity between staff. The existing divisions of the building on either side of a central atrium allowed for a level of organization and privacy in an otherwise open office. 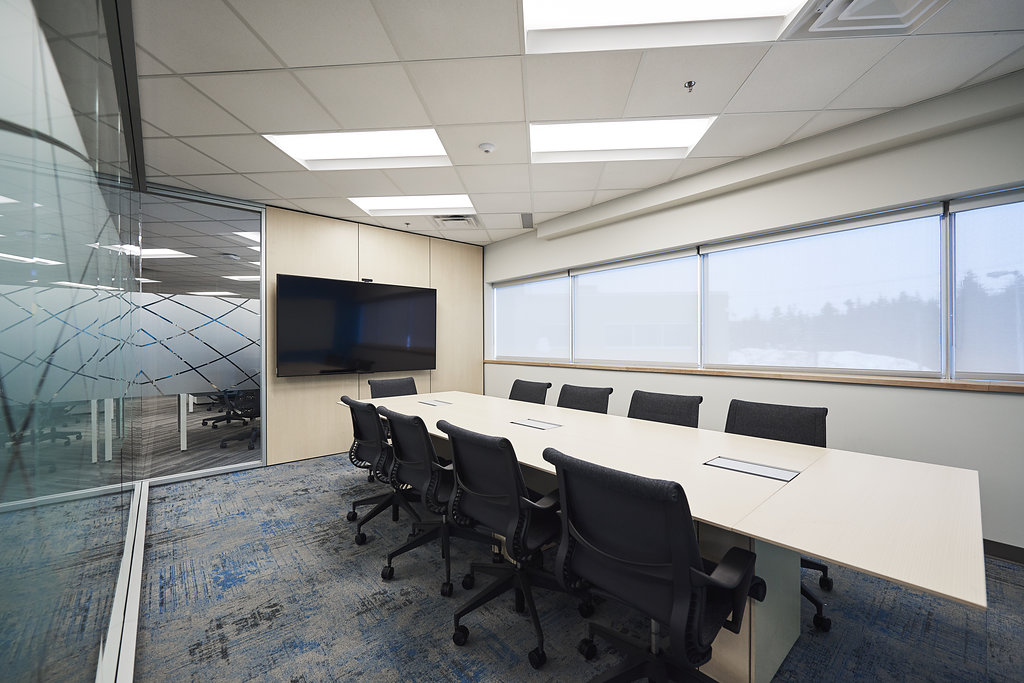 As part of the design concept, the technology relevant to their business was examined, and subtle references to their industry were integrated within the office interior design. The product designs were largely inspired by cartography, and aerial views of our region. This design approach has also been taken with the environmental graphic design throughout the office. Visual content from the clients practice in communications, including maritime, enterprise, government, and aviation sectors, was used to create custom millwork and film applications. Linear patterns with curvature similar to latitude and longitude lines are intended to suggest a satellite perspective, as an intrinsic reminder of the client’s operations.