The Architecture & Design Film Festival – North America’s largest film festival devoted to the creative spirit of architecture and design – has a robust lineup for its 10th season. Centred around the an anchor festival in New York (October 16-21), the festival will return to several cities, as well as visit new locations nationally and internationally, with a curated list of films, filmmaker Q&As, panel discussions, interactive installations and more. 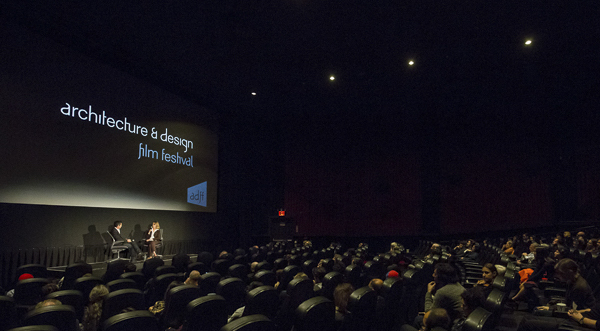 With a curated selection of films, events and panel discussions, ADFF creates an opportunity to entertain, engage and educate all types of people who are excited about architecture and design. With well-attended screenings, legendary panelists, vibrant discussions and events in New York, Los Angeles and Chicago, it has grown into the nation’s largest film festival devoted to the subject. The ADFF also programs for international film festivals as well as cultural institutions and private venues.

Founded in 2009, the Architecture & Design Film Festival celebrates the creative spirit that drives architecture and design. Through a curated selection of films, events and panel discussions, ADFF creates an opportunity to educate, entertain, and engage all types of people who are excited about architecture and design. It has grown into the nation’s largest film festival devoted to the subject with an annual festival in New York and satellite events in additional cities around the world.

More information about the 2018 and 2019 Architecture & Design Film Festival (ADFF) is available via the festival’s official website, linked here.