Rem Koolhaas, world renowned Dutch architect and founder of OMA, will give the closing keynote address at the World Architecture Festival (WAF) in Amsterdam on 30 November 2018. He will follow a stellar line-up at the three-day event, which runs from 28 -30 November, including Sir David Adjaye, Jeanne Gang and Sir Peter Cook. 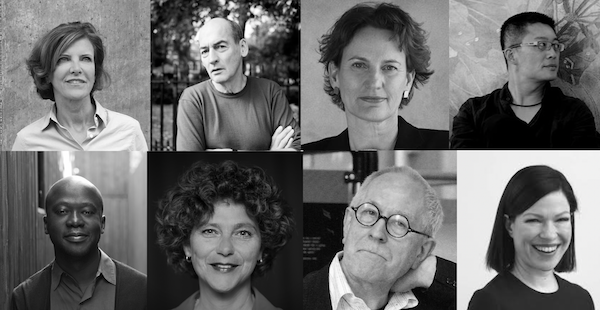 WAF’s programme takes advantage of its new venue, Amsterdam. Various speakers will outline the city’s dramatic transformation and how architecture is contributing to it, while Dutch architecture and design luminaries confirmed to speak include Francine Houben, Founding Partner and Creative Director of Mecanoo; Kees Christiaanse, Founder of KCAP Architects and Planners; and Caroline Bos, Co-founder of UN Studio. In keeping with the global focus of the event, they are joined on the speaker’s roster by established international architects including Li Xiaodong, Chad Oppenheim, Principal of Oppenheim Architecture + Design and John Wardle, Principal of John Wardle Architects.

The INSIDE World Festival of Interiors, which is co-located with WAF and takes place simultaneously in Amsterdam, has also revealed four keynote speakers that will be headlining at the event: India Mahdavi, principal of India Mahdavi architecture and design; Christina Seilern, Founder of Studio Seilern; Eva Jiřičná, Partner of AI – Design; and Maria Warner Wong, co-founder of WOW.

This year’s programme responds to the Festival’s theme, ‘Identity’ and will include speeches, discussions and debates examining the complex and deep-rooted relationship between architecture, design and identity. Presentations and talks on the event’s main stage and the festival hall stage in Amsterdam will analyse not only how architecture can express personal, community, civic and national identity, but also how buildings and places increasingly need to contend with issues around ethnic or gender identity.

The festival’s speaking programme will culminate with a live interview of Koolhaas conducted by architectural historian and cultural theorist Charles Jencks, focusing on the current and future notions of global architectural identity.

Paul Finch, Programme Director of World Architecture Festival commented: “We’re delighted that Rem Koolhaas has joined our already stellar list of speakers for this year’s event. This is the first time we’ll be holding WAF in the Dutch capital, and just as the Dutch masters presided over a golden age of artistic endeavour and expression in the 17th century, Rem and his contemporaries have spearheaded architectural innovation that has been exported and embraced around the world. Attendees of WAF 2018 can look forward to speeches and talks from them and a wide selection of architects, designers, engineers, academics and urban planners as they articulate and interrogate challenges related to this year’s event theme – Identity”.

More information about the 2018 World Architecture Festival is available via the event’s official website, linked here.

Tayco Collaborates with Fig40 to Create a new Casegoods Line