Situated on Dubai’s Waterfront, the Etihad Museum honours the United Arab Emirates’ (UAE) conception story. Comprised of a parabolic shaped Pavilion structure and subterranean Museum, the Etihad Museum is framed around the historic Union House where the nation’s Constitution was signed in 1971. 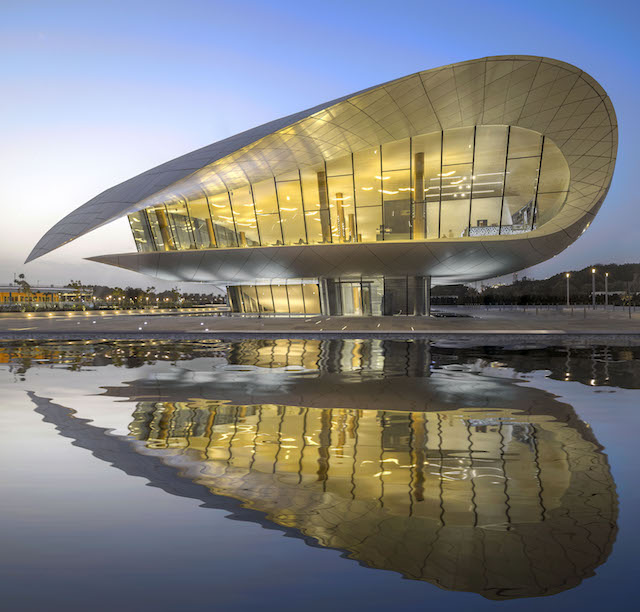 Designed by Canada’s Moriyama & Teshima Architects, the museum is recognizable by its unique scroll-like form that mimics the parchment paper of the Constitution. Moving inside, the entry features bronze metal text citing the nation’s founding philosophy. Seven rows of embossed bronze columns mimic the form and angle of pens in motion, referencing the act of writing which formalized the seven emirates in this unification. 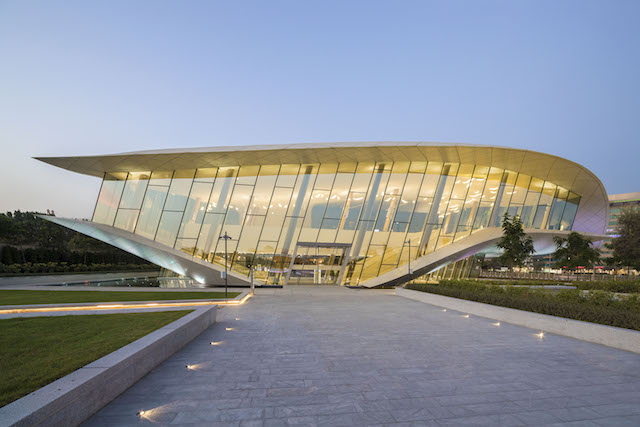 The pavilion features a stark contrast in its material palette – pristine white marble floors extend throughout the space and form the Amphitheatre steps that allow for an informal gathering space for school groups and seminars to be held. While heavily textured, ribbed black marble stone envelops the building’s core and connects visitors to the upper level mezzanine that houses a café and flexible exhibition space. 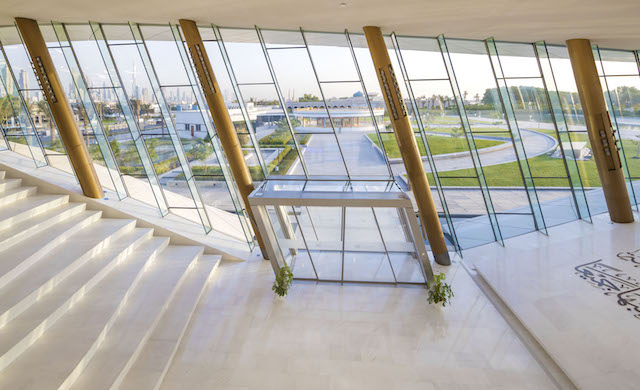 A carefully crafted experience takes the Pavilion visitors below grade via a grand staircase and ramp whose forms echoes the brilliant and flowing calligraphic lines of Arabic script.

Once they have descended, visitors re-encounter the familiar circular form of Union House through a newly instated foundation wall clad in dune-like carved stone.

This familiar element becomes a central organizing feature in the visitor flow through the museum, giving the visitor a constant point of reference as they navigate the massive open permanent gallery and supporting spaces that circumscribe it. 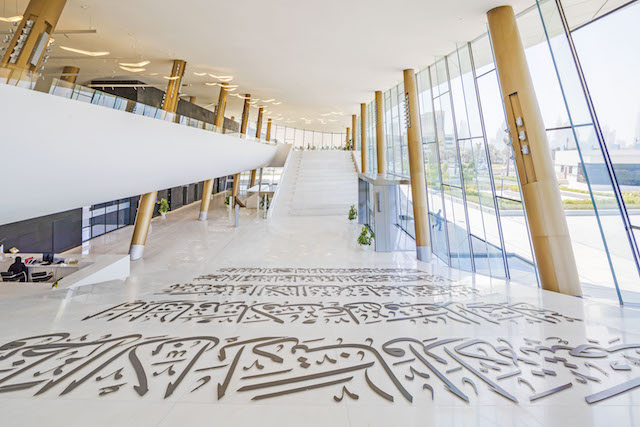 The flow of movement is further highlighted by the billowing white ceiling planes that take form from the patterns of prevailing wind patterns rippling on the desert sands and is accentuated by the carved wood columns and luster of the bronze forms that highlight the warmth of this lower level. 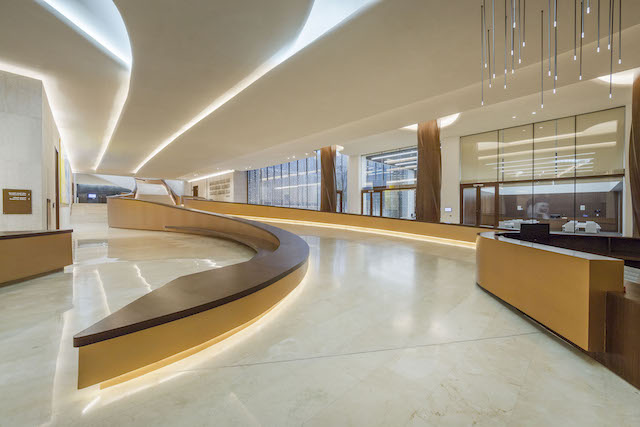 Comprised mostly of permanent and temporary galleries, theatre, event spaces, and archival facilities, the planning of this underground museum relied on the absence of natural light in spaces that would not benefit from their exposure. 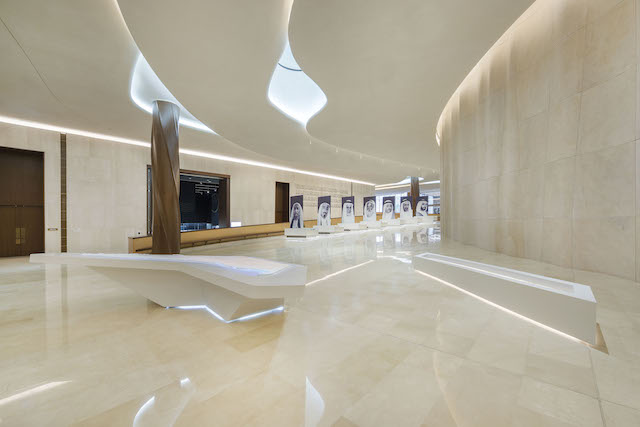 The integration of two spacious sunken courtyards and four large skylights that connect to the plaza above allow for key functional areas: the classrooms, research library, administration offices, prayer rooms, and café were strategically clustered around these natural light sources to optimize their use. 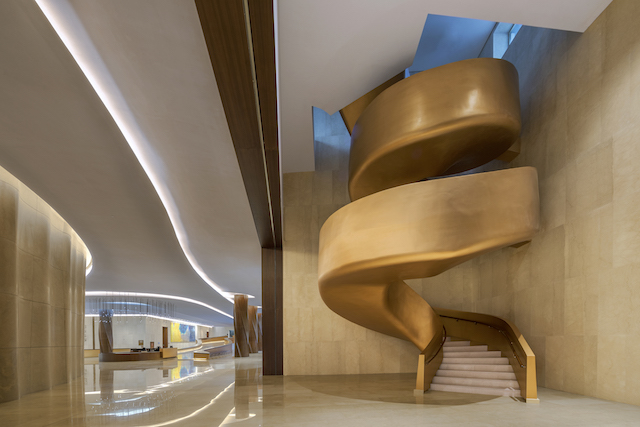 The nature of the Etihad Museum’s programming as an immersive learning environment demanded an ease and flow of movement to maximize the visitor’s experience. 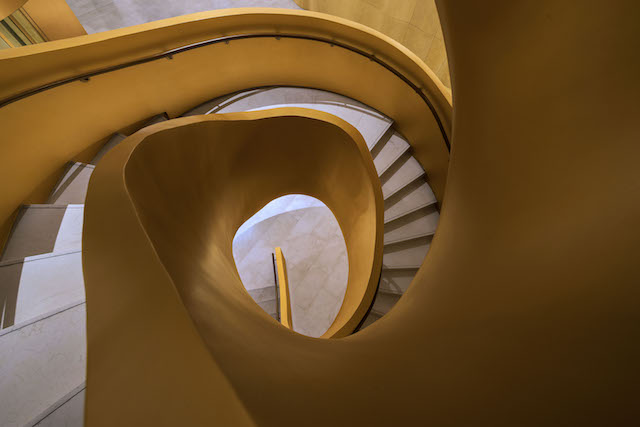 Multimedia screens are interspersed throughout the space and feature educational content to cultivate the site as an active historic and cultural campus.

Build Us Up: Alex & Jo Campbell Centre for Health and Wellness, Camosun College

Build Us Up: Saint-Jean-Eudes Library