Launched at the 2018 Interior Design Show (IDS) in Toronto, the Highwire pendant by ANONY has been well received by the public and design professionals alike. Co-founders Christian Lo and David Ryan are thrilled with the positive response and plan to expand their line. 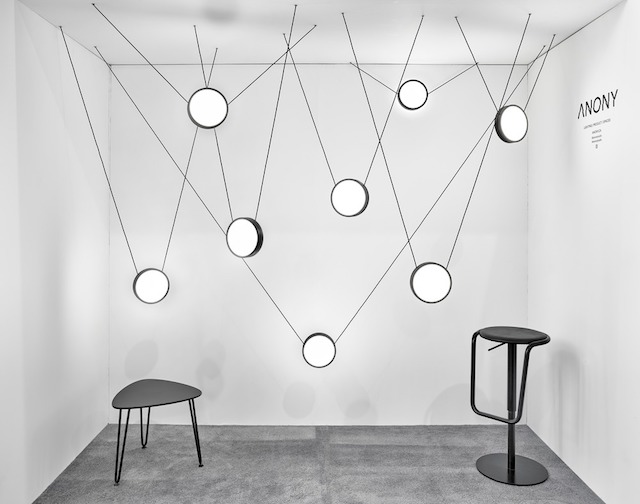 Highwire is a gravitational balancing act, created by tension between two points and a weighted centre. Its luminaries are composed of anodized, machined aluminum and laser-cut diffusers. These elegant, individually-weighted disks rest on taught electrical cables. 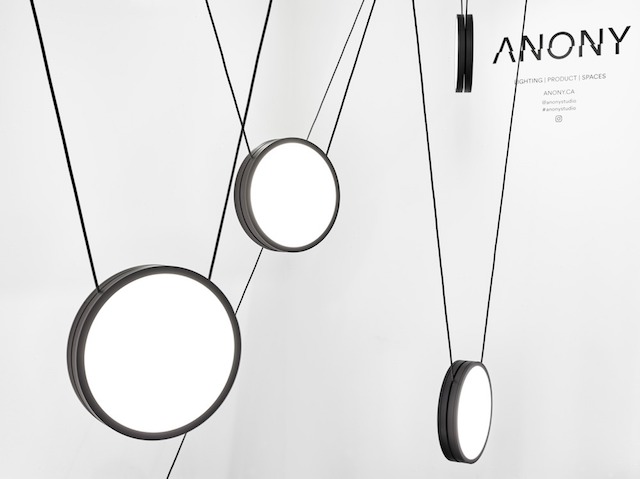 By loading the cables with the luminaries, the cables lightly trace shapes in three-dimensional space, allowing the fixture to frame any setting. These shapes are further accentuated by the light emanating from both sides of each disk, which illuminates the surrounding area and also the fixture itself. Up to five luminaries can be added to a single power drop. 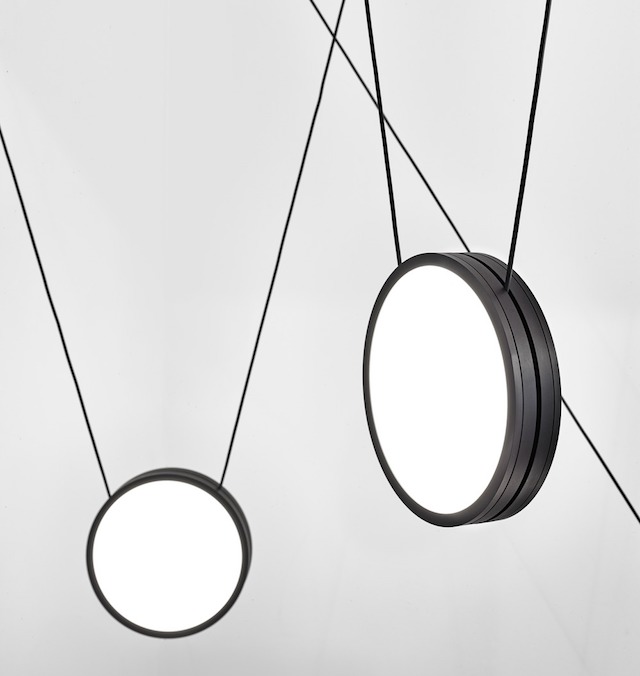 Highwire has been recognized with the 2018 Darc Awards ‘Best Decorative Chandelier’ award, the 2018 Azure Awards ‘People’s Choice in Lighting’ award, and most recently the 2018 L A M P ‘Emerging Designers’ award, which was announced earlier this week. Highwire was also featured in the Aya Kitchen Booth at IDS 2018, which won a Silver Award for its designers U31. 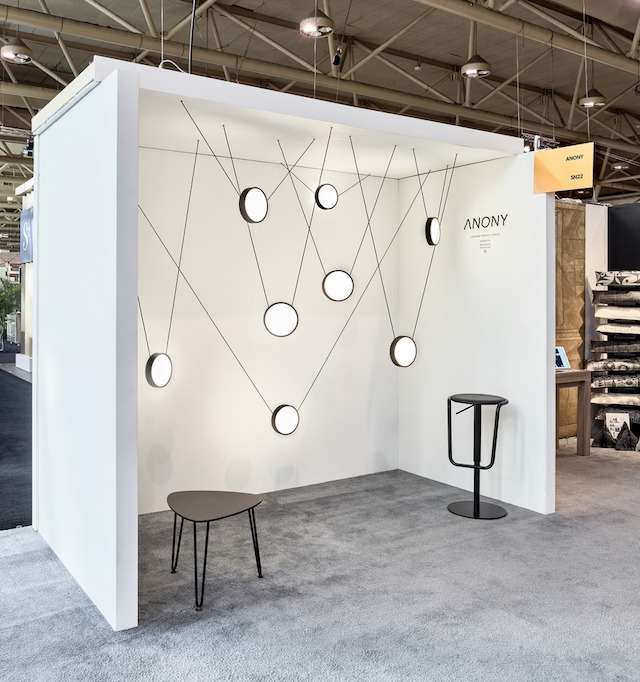 “We are excited to be recognized by such an incredible panel of judges, whose work we greatly admire. We are honoured to win the Emerging Designers Award; it’s very encouraging for us as we hope to expand the ANONY line,” said ANONY co-founder Christian Lo.

ANONY is a lighting and product design studio founded by Christian Lo and David Ryan in 2015. Their first collection won ‘Best Collection’ at the 2017 Interior Design Show. Based in Toronto, ANONY makes minimal lighting fixtures utilizing the latest technology and manufacturing processes, with an honest and timeless approach to product life cycle, use of materials, and ease of use.