The installation will shine like a thousand suns—or at least one Sun—in the Pierre Lassonde Pavilion’s Grand Hall from September 27, 2018 to February 24, 2019. For the Museum, this exhibit is a way to remain connected to the present by encouraging reflection on its ecological and philosophical nature, as well as the future of our planet. 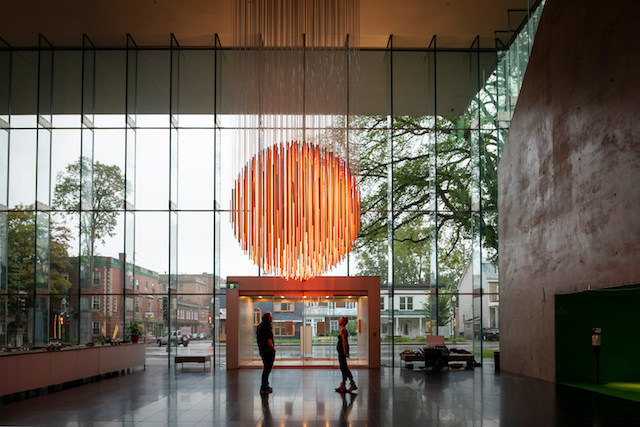 Spanning 3 metres in diameter and weighing nearly 1,500 kg, this massive installation is a scale model of our Sun, 400 million times smaller than the original. Solar Equation is made up of LEDs suspended in the public area at the entrance to the Museum. It uses data captured by NASA’s solar observatory to recreate the surface of the Sun. Fluid dynamic equations ensure that the light turbulence on display is never repeated.

Visitors can interact with the installation by choosing one of 11 solar seasons. They can also observe the constantly changing movement and learn more about this incredible natural phenomenon, which was only recently discovered through advances in astronomical research. 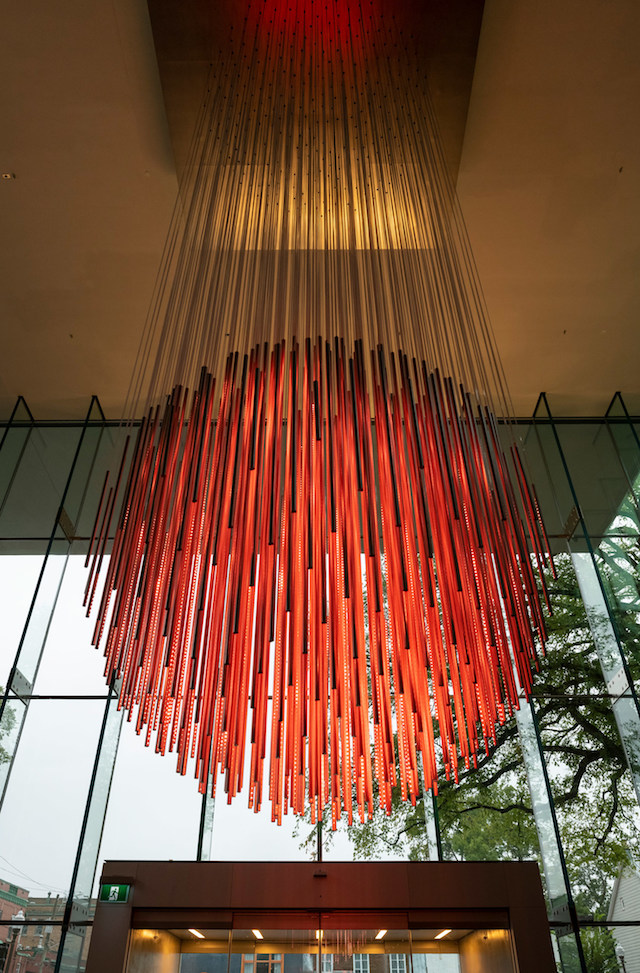 The size of the installation and the boldness of the project make it an incomparable experience. Solar Equation has the power to move us and unite us. What’s more, it makes us think about climate change, the importance of solar energy as a counter-measure and our relationship with the world around us. A trip through the Pierre Lassonde Pavilion’s Grand Hall is a must to take in this incredible project.

A spherical volumetric display simulates the turbulence, flares and spots visible at the surface of the sun. The piece is animated by fluid dynamic equations like reaction diffusion, Navier-Stokes, Perlin noise and fractal flames, together with the latest imagery from NASA’s SDO and SOHO observatories. The content is not a video loop but a live simulation, so the content never repeats itself.

The sphere consists of 25,580 LED lights on 342 battens that are arranged according to Fermat’s equations that describe plant phyllotaxis, so the sphere does not have vanishing points.

Solar Equation is an iconic chandelier, constantly changing, inspired by the geometric immersive work of Latin American artists such as Jesús Rafael Soto, Carlos Cruz-Diez and Julio Le Parc on the one hand and by scientists such as Pierre de Fermat, Oleg Losev and Shuji Nakamura on the other. 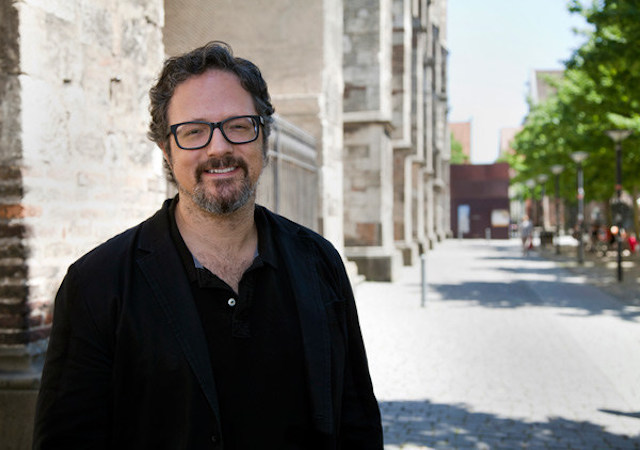 Rafael Lozano-Hemmer was born in Mexico City in 1967. In 1989, he received a B.Sc. in Physical Chemistry from Concordia University in Montréal, Canada. He was rapidly drawn to electronic arts, leading him to develop an artistic practice based on “relational architecture”, which focuses on “hijacking” familiar urban environments by offering viewers a new way of looking at them. He uses technology to fulfil his desire to create social experiences where performance and interaction combine. To Lozano-Hemmer, there is no art without an audience. Going against the elitist representation of power, his large-scale installations are “antimonuments for alien agency” that are inspired by phantasmagoria, carnival and animatronics. On a smaller scale, his installations and other digital creations explore the themes of perception and surveillance.

Solar Equation is a co-production by APMA (Seoul) with the Musée National des Beaux Arts in Québec.