Earlier this year, Toronto’s already red-hot condominium market hit a record high with new construction soaring by 103 per cent to 63,396 units, a gain Canada’s largest city hadn’t seen since the 1990s. While most new development was focused on urban areas, recent sales data suggests building is rapidly moving into the suburbs with sales of ‘pre-sold’ units (those in projects that have yet to break ground) reaching 13,228 in 2017: a 54 per cent increase over the previous year—even with a 20 per cent rise in prices—according to the Canadian Real Estate Association. This was the first time the number of condos sold in the 905 region officially rivalled that of the big city. 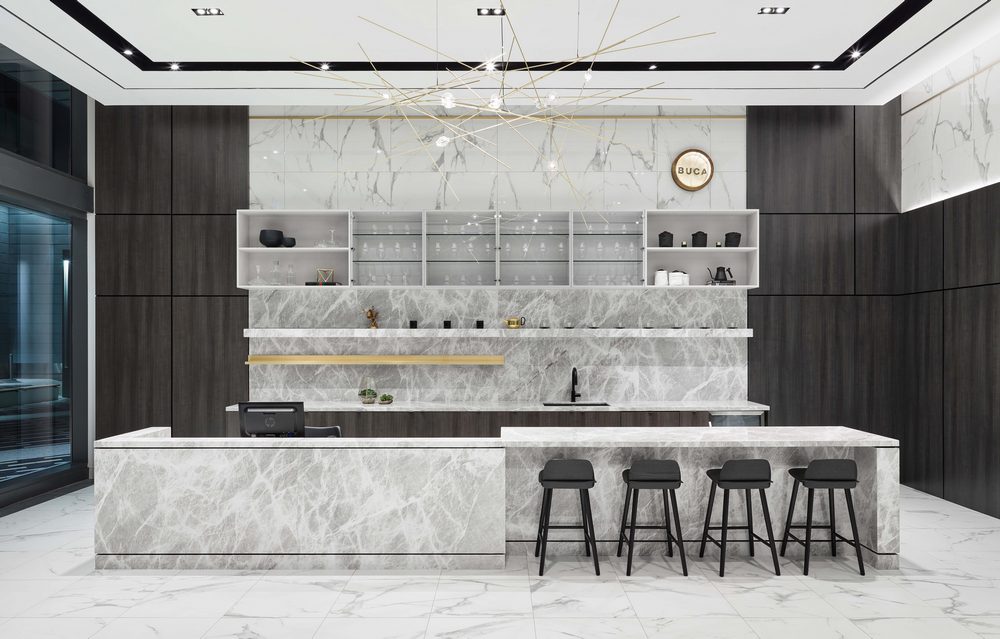 With completion slated for 2020, the company of 30 employees had some selling to do. To enhance the highly competitive process, it called on Toronto interior design firm figure3, which had previously devised CentreCourt’s Axis condos (at the corner of Church and Carlton streets) to execute Transit City’s presentation centre: perhaps the most critical marketing channel of all. “figure3 designs spaces that are memorable, truly creative and that differentiate us from the sea of condo projects out there,” said Shamez Virani, president of CentreCourt.

“The developer had a bold vision and came to us with a clear brief: to bring the downtown vibe north with a completely new product that proudly reflects the once in a lifetime legacy nature of the project,” says Houman Rahimzdeah, senior team leader at figure3. “As designers, we relish these kinds of challenges.” However the firm was met with an additional challenge: turning the job around in only eight weeks. 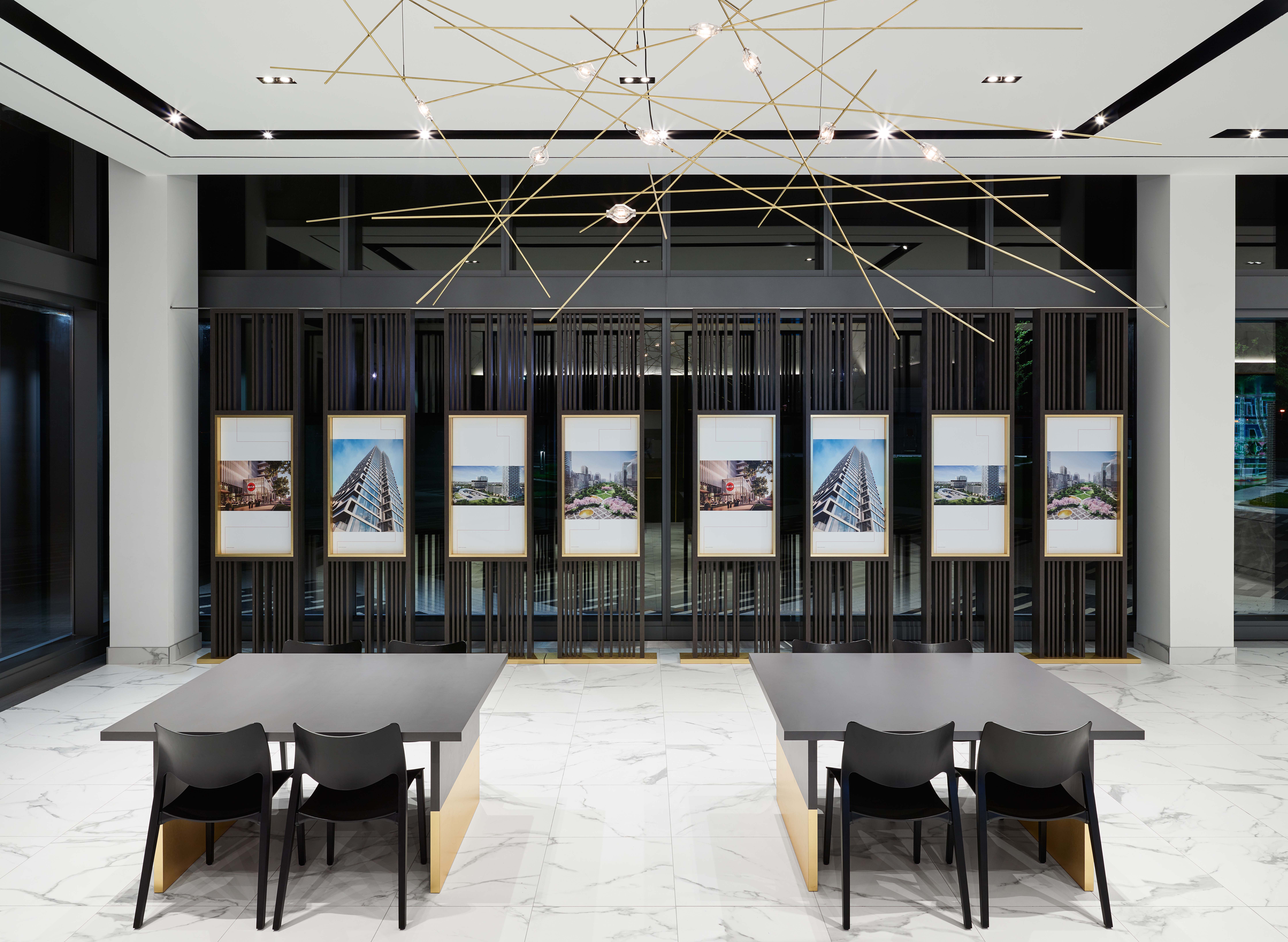 And that they did. In response to the traditional and ubiquitous flashy five-star real-estate buying experience, figure3 opted for restrained yet refined luxury through a timeless and monochromatic palette, opulent materials, and lush textures. Ultimately, the studio wanted the 2,700-sq.-ft. centre to feel like a contemporary high-end retail boutique such as Saint Laurent or Valentino, defined by minimal shapes and fine details.

In the first space, the anticipated opening of acclaimed Toronto restaurant Buca—right in Transit City’s lobby—provided inspiration for the reception area which is outfitted with natural stone in soft grey against dark wood panelling and open shelving with elegant glass doors, contrasted by matte black fixtures and Scandinavian-style stools, recalling the bar of a chic café one might stumble across in Milan’s Zona Tortona. An artisanal chandelier custom-made by Toronto’s Commute Design and paired with strategically placed recessed linear and concealed lighting injects sparkle and drama. “We wanted to speak to the unrivalled amenities to come,” explains Rahimzdeah.

The second space which comprises two seating vignettes is decidedly cozier with subtle neutral tones that soften the entire presentation centre primarily made up of steel and stone. Low sofas and chairs are upholstered and accessorized in various shades of grey, and coffee and side tables are covered with glass or stone, atop wooden and brass legs, both lending warmth as well as hinting at elements in the reception area. In the third space, Transit City’s suite finish palettes framed in brass are displayed like works of art within separate wood niches; across four sets of pared-back ‘signing’ tables, renderings of the master plan receive similar treatment on the opposite wall.

Throughout the centre, the common element of brass—in the panelling, lighting, furniture, and vertical fins between tiles of elevated areas—connects the three spaces. Lighting coves which house track light fixtures are painted black to reference luxury retail. Technology is seamlessly integrated to effectively communicate the project and its product offerings during the shopping process.

As it turns out, figure3’s design would help CentreCourt set another record: the most successful condominium launch in the history of the GTA, measured by units sold. Within two weeks of Transit City’s presentation centre opening, all 1,100 condos were sold-out. A week later, CentreCourt released a third tower to the market with 500 more units.