DHX, globally recognized for brands such as Yo Gabba Gabba, Inspector Gadget, and Slug Terra, DHX Media is a proud producer of award-winning children’s animated and live action television and online content, A rapidly expanding company, with major offices in Toronto, Halifax, Los Angeles and now Vancouver, DHX employs some of Canada’s most talented 2D and 3D animation artists, many of which call the recently completed Vancouver animation studio home. 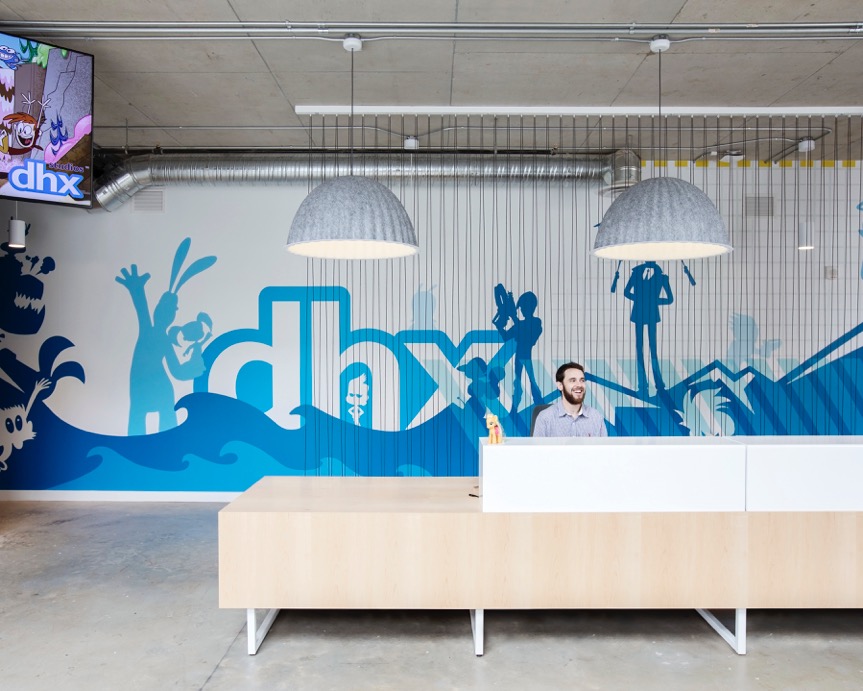 Designed by Evoke International Design Inc., the DHX studio is 75,000 square feet over five floors. The main floor is fully glazed at street level, and this was used as an opportunity to provide a glimpse into a day in the life of people working in an animation studio. A lot of amenity space was placed on the floor, as a lesser level of privacy was required. 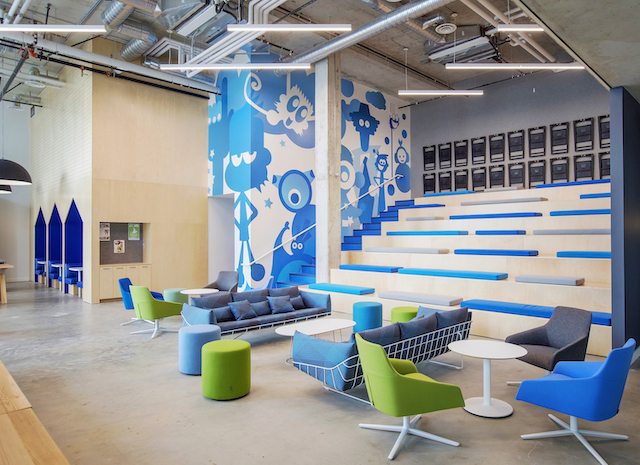 Offices adjacent to the street were designed as a freestanding “Houses,” offering both the required privacy as well as creating an image of a neighbourhood to passerby. The other floor floors are a mix of open workspace, offices, meeting rooms and further amenity space. The idea of having different amenity space on each level was meant to enhance employee interaction throughout vast space. 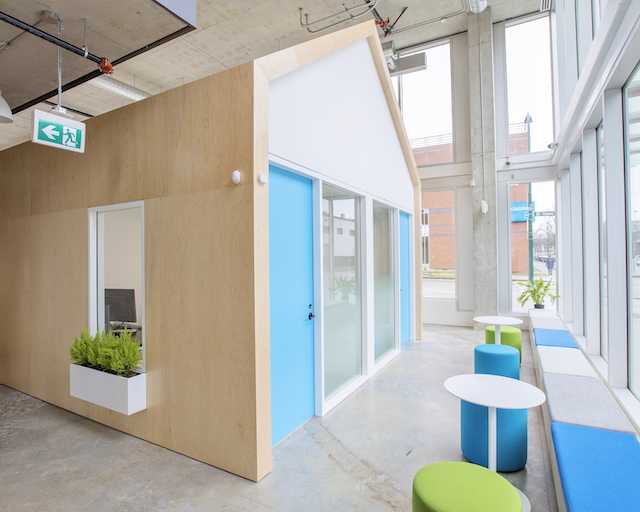 The building enjoys north-facing mountain and city views, so no private offices were placed along that wall; instead, common shared amenity spaces were programmed along the north wall, providing a pleasant respite from the internal animation studio spaces. The design concept for these spaces was to use RGB (red, green, blue) as homage to one of the principals background in 2D animation. 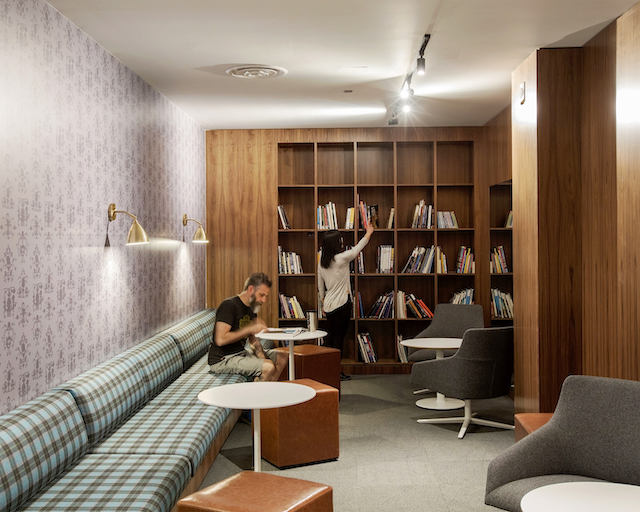 The initial brief was ambitious and called for a vast, consolidated studio space that would house its 700 Vancouver-based visual artists and management staff within a 5-storey, 75,000 square foot building in Vancouver’s Mount Pleasant’s neighbourhood. 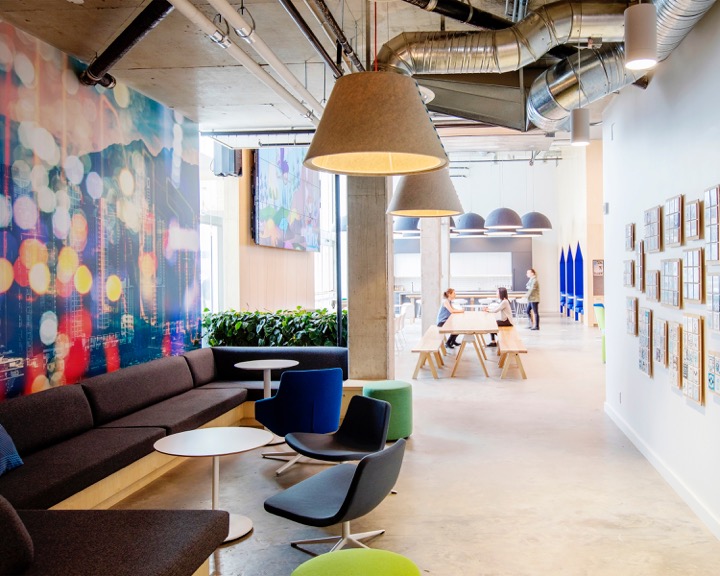 This brief identified the need for a balance between efficient, low-light production areas, a mixture of spaces for collaborative creativity and of course zones that would enhance employee well-being and the studio community. In response, Evoke utilized the naturally darker, core areas of the building for production and surrounded these with a network of contrasting breakout and meeting spaces that enabled areas for group work or simply a coffee break. Maple wall paneling, wool felt with pops of bold colour were used extensively throughout these areas to create warm and stimulating alternative environments for the hard-working staff.

Accentuate the positive: The Biodôme Boutique