A prominent Canadian project is among this year’s CODAworx Award winners. Toronto-based Paul Raff Studio has won a 2018 award for the striking Atmospheric Lens installation at the Toronto Transit Commission’s (TTC) Vaughan Metropolitan Centre subway station, which opened in the closing days of 2017. The internationally acclaimed CODAworx Awards celebrate the projects that most successfully integrate commissioned art into interior, architectural, or public spaces. 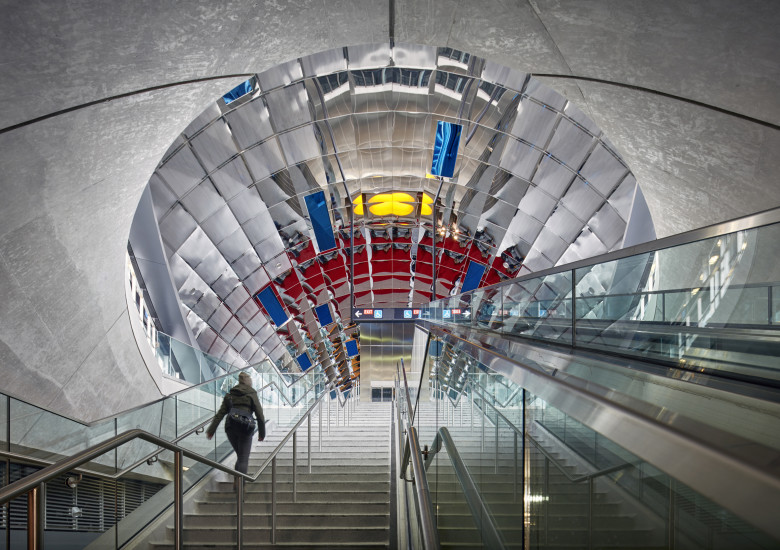 Atmospheric Lens was commissioned by the TTC as part of a mandate recognizing the importance of the user experience in new transit infrastructure. Atmospheric Lens is a public artwork integrated into the dome of the new Vaughan Metropolitan Centre Transit Station in Toronto. Spanning 16,000 s.f. it dissolves the convex ceiling of the above-ground pavilion into a dynamic, cubist collage of reflections of life inside the station. 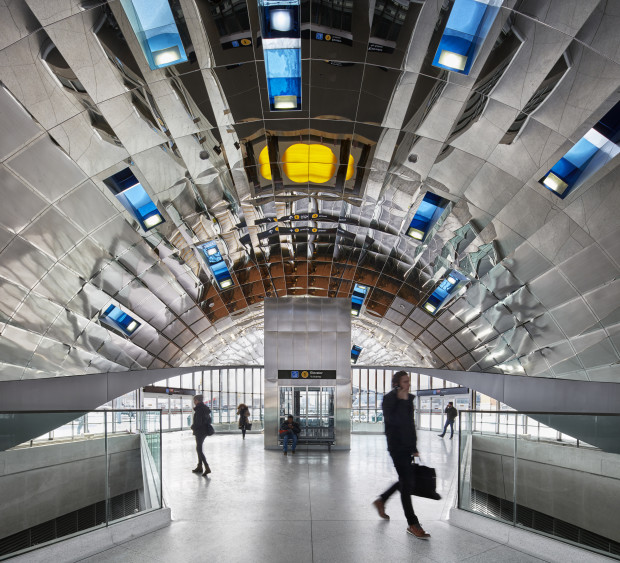 Lined in polished steel mirrors and punctured with solar-aligned skylights augmented by coloured reflectors, the dome sets light and reflection into perpetual motion throughout the day, affecting an artful interior sky. Commuters moving under the “lens” complete the passive kinetic effect by seeing their reflection in the panels, becoming part of the ever-changing atmosphere above. 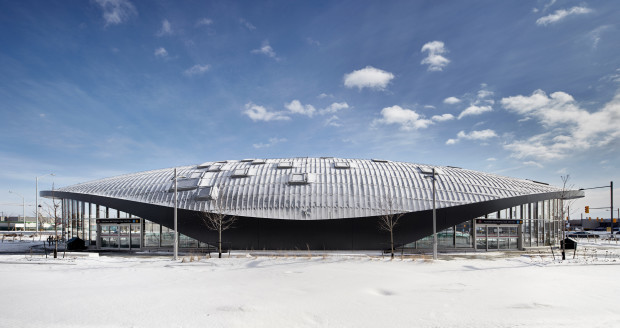 The collaboration was fully integrated from the outset of the station project. Paul Raff Studio was selected through an interview process which included the architect, to ensure a good fit of philosophy and approach. The artist then developed and informally discussed conceptual sketches over the course of several months while the architect responded and refined their design. The mirror polished steel panels that line the underside of the ceiling for example, use a faceted panel module inherent to the architecture of the structure.

The CODAworx Award program honours the individuals and the teams whose collective imaginations create the public and private spaces that inspire us every day.

A full list of 2018 winners is now available via the official CODA website, linked here. Additional Canadian projects are included among this year’s Top 100, which can be found here.

Canstruction Toronto gears up for 20th anniversary in 2019