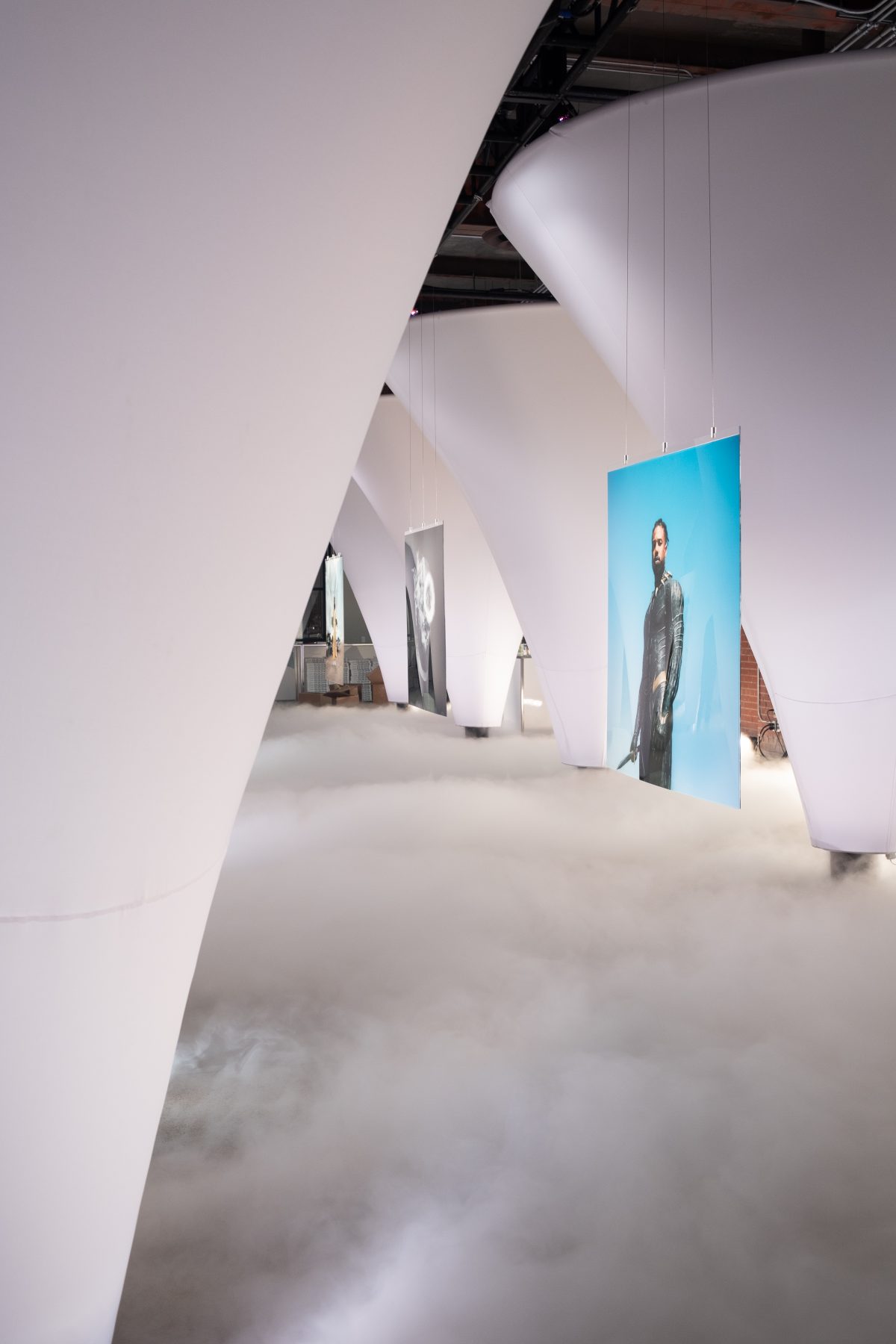 Solo, a two-day-only exhibition in Toronto’s industrial wastelands, marked the first gallery collection showcasing the photographic works of Elie Kimbembe. In collaboration with Up Cannabis, manufacturer of adult-use cannabis products, the exhibit played with tone and expression typical of Kimbembe’s work, and was envisioned as a complete visual and sensory experience. Housed in The Symes, the event space was architecturally designed by Toronto-based Stacklab to complement the photography in a thought-provoking manner.

“The main gallery features a series of vaulted chambers, made up of a regular arrangement of diffusely lit fabric wells. Harnessing Einstein’s theories on the curvature of space, each ‘well’ appears to have been stretched from the top-down, emitting a deluge of ultrasonic mist across the luminous floor plane,” explains Jeffrey Forrest, founder of Stacklab. “Contrasted against the gravity of the conic piers, Elie’s 16 photographs hang in the quiet, vaporous space between them. 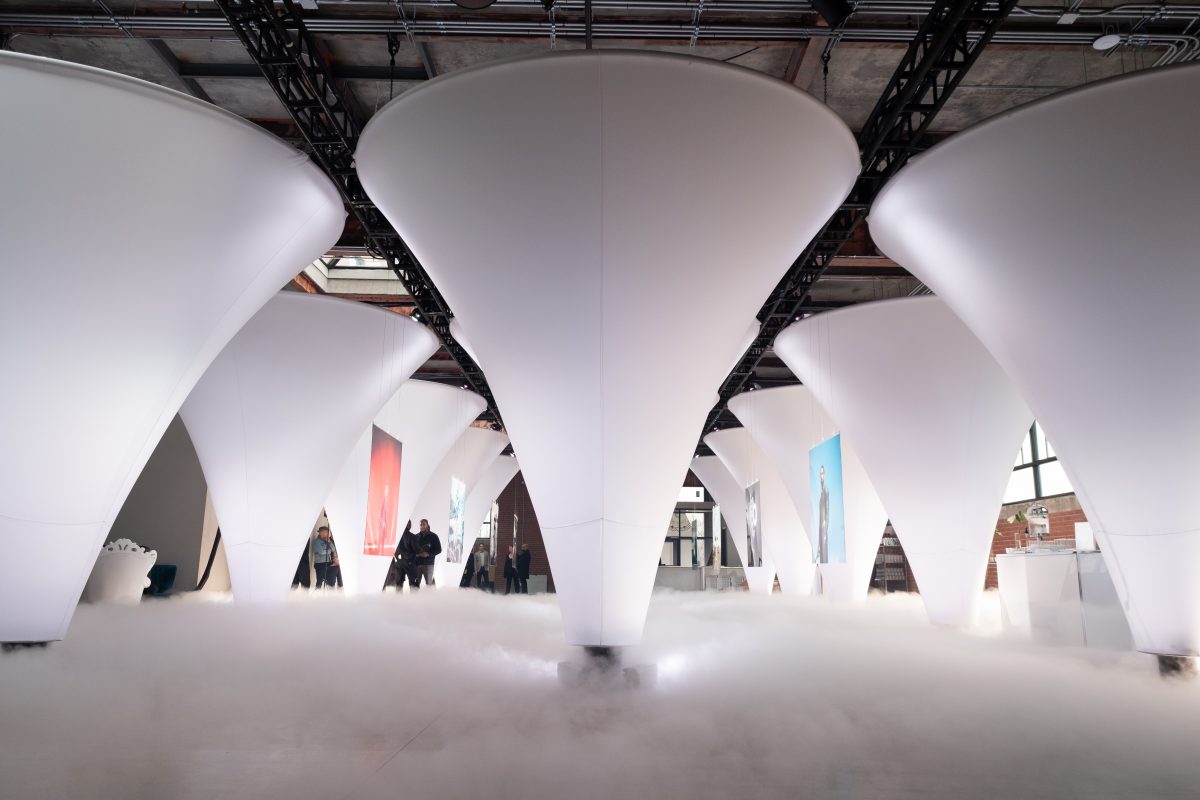 Multidisciplinary creative artist Elie Kimbembe was born in the Congo and settled in Montreal for much of his early life. In 2006, he moved to Toronto, and in 2013 attended OCAD for Graphic Design before opting to take a break to pursue his passion. Elie started his career in Toronto shooting architecture around the city, focusing mainly on the symmetry, and uploaded the photos to Instagram and Twitter, where he quickly garnered a prodigious following. From there, he amassed a large following on Instagram and evolved his photography to display more reflection and emotion.

Before long, he expanded his oeuvre to include portraits, urban exploration, and reflective photography. This versatility has become his greatest strength. Elie has the ability to take shots that are directly breathtaking—as well as shots that seemed designated for quiet rumination. The unifying theme of all of his work is careful composition and a moody aesthetic that has become his trademark. Through his photography, Elie has been able to travel around the world while working with some of the biggest names in the arts and entertainment. 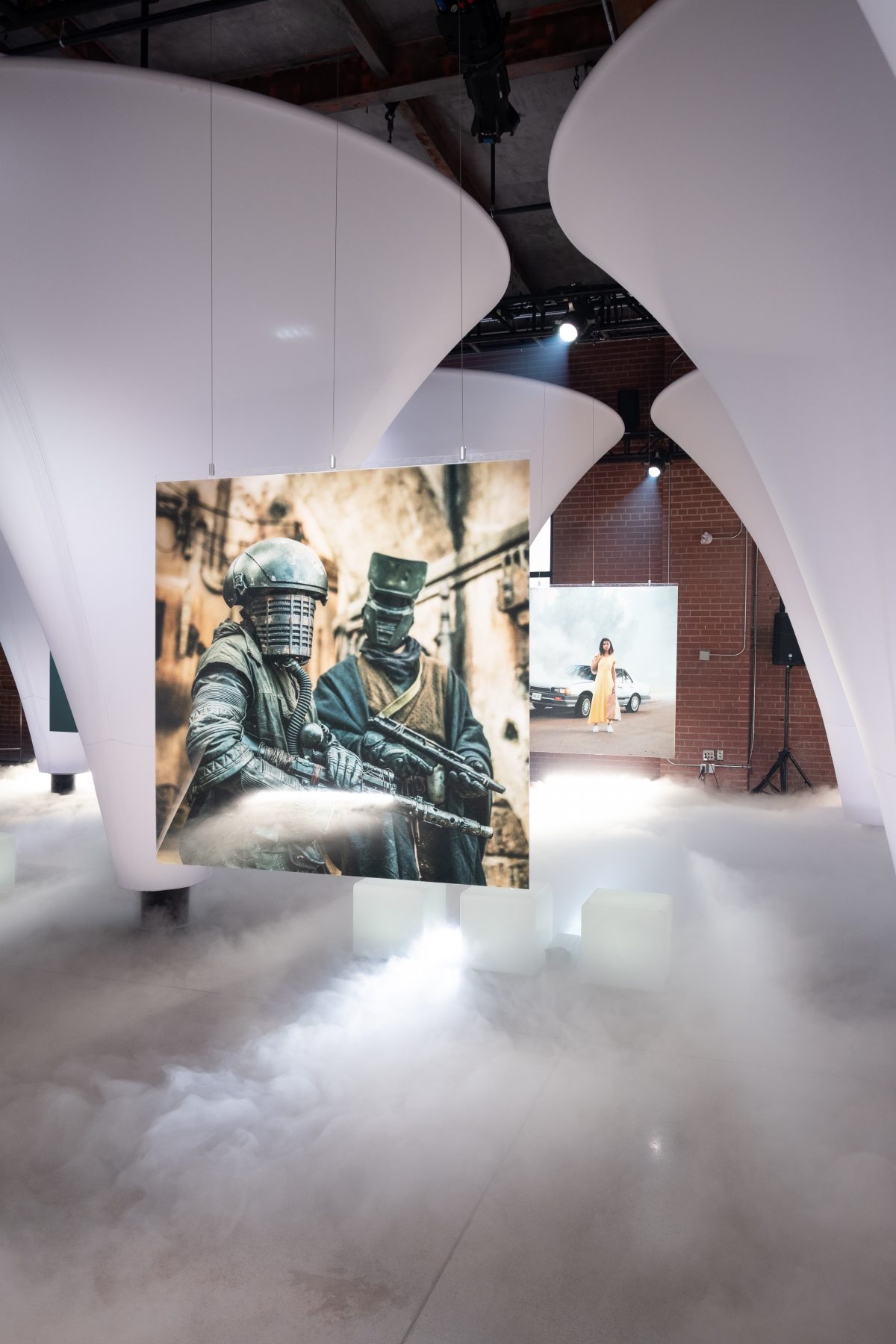