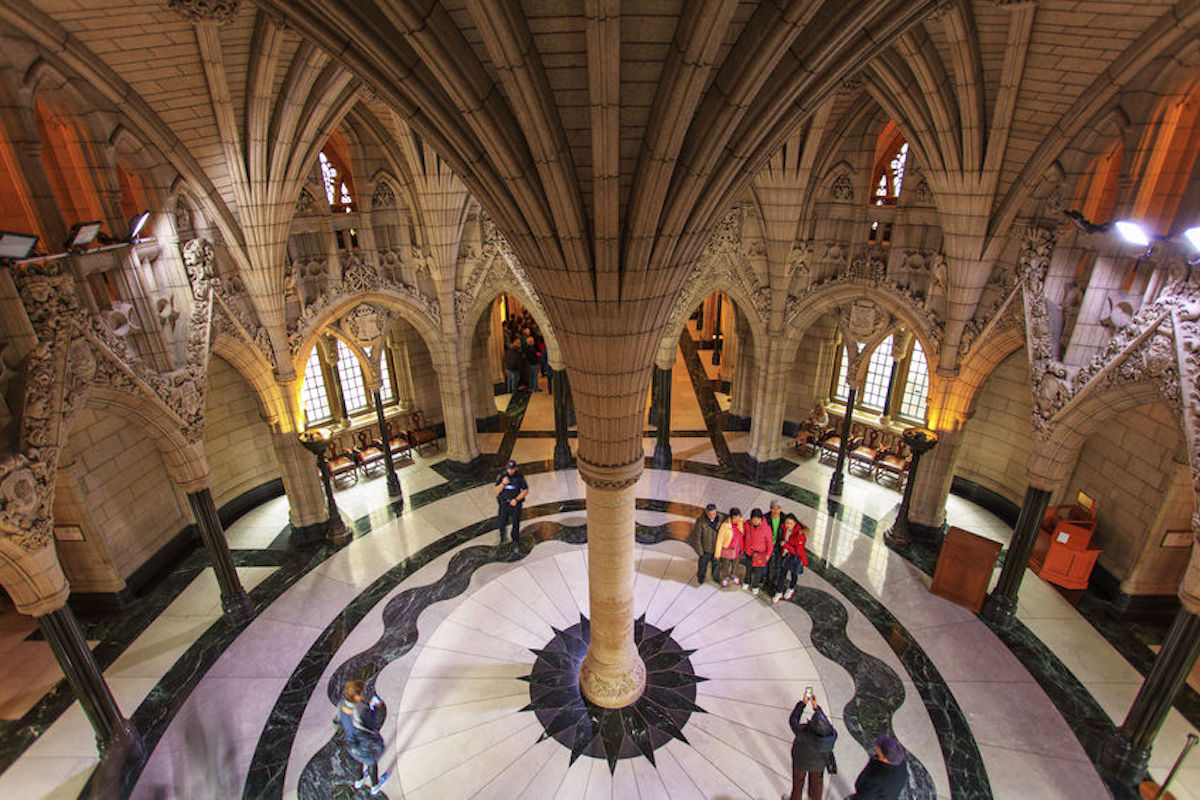 Three parties have responded to questions from the Royal Architectural Institute of Canada (RAIC) about sustainability, living conditions in Indigenous communities, federal procurement, and a national architecture policy for Canada.

The RAIC is advocating for a better built environment during the 2019 federal election campaign with a questionnaire for Canada’s political parties. The election takes place Monday, October 21.

The federal government is Canada’s single largest owner of buildings and land. As such, it should set the highest standards of excellence and environmental sustainability to maximize the benefits to Canadians, achieve value for money, and position Canada as an international leader.

In the first of four questions, the RAIC asked the parties their strategy to addressing climate change and holistic health through Government of Canada buildings and projects.

In response, the Liberals, NDP, and Greens emphasized the need for significant retrofitting of existing buildings in Canada to make them more energy-efficient, while investing in more sustainable design for the future.

“To help make large commercial buildings more energy-efficient, we will move forward with a national competition to create four $100-million long-term funds to help attract private capital that can be used for deep retrofits of large buildings, such as office towers,” the Liberal Party added.

The Green Party said it would “change the national building code to require new construction to meet net-zero emission standards by 2030 and work with the provinces to enact it.”

“We will also partner with Canadians and communities to make serious investments in making buildings more energy-efficient, helping families save money and fighting climate change,” said the NDP. “Architects will play an essential role in the design, construction, and procurement of modern buildings.”

The RAIC asked each party about their plan for improving conditions for Indigenous people, and how would they give agency to Indigenous groups and indigenous architects over their communities.

The Liberals, NDP, and Greens all said they commit to working with Indigenous communities across the country to make infrastructure sustainable and affordable.

“All peoples of Canada — First Nations, Métis, Inuit, and otherwise — deserve access to high-quality, sustainable infrastructure that supports healthy, safe, and livable communities,” said the Green Party. “Through increased investment in the arts and in preserving Canada’s built heritage, we will support Indigenous architects and designers.”

The Liberals promised: “We will co-develop and invest in distinctions-based community infrastructure plans and will move forward with addressing critical infrastructure needs – such as housing, all-weather roads, high-speed internet, health facilities, treatment centres, and schools – in First Nations, Inuit, and Métis communities by 2030.”

New Democrats said they “will address the Indigenous housing crisis and put an end to chronic overcrowding and long-wait lists by working with Indigenous communities to implement co-developed First Nations, Métis, and Inuit housing strategies.”

The federal parties differed in opinion when asked about the current system of procurement for government projects in Canada. The Green Party and the NDP agreed that significant changes are needed to put Canadians first and drive sustainable development in Canada.

“We’ll review the federal procurement system to ensure that, wherever possible, federal government processes are designed to encourage Canadian bidders and the use of community benefit agreements will ensure that Canadian suppliers and local workers benefit first,” said the NDP.

Greens “see public procurement as an opportunity for government agencies to advance sustainable development through the government’s purchasing power.”

For its part, the Liberal Party expressed pride in the existing system.

“This Liberal government has built a world-­class procurement system that drives value for money while advancing our government’s socio-economic objectives, while simplifying the procurement system for suppliers and client departments and delivering better results for Canadians.”

The Green Party said it supports the creation of a national architecture policy, in collaboration with civil society organizations and experts.

“Each new building presents an opportunity to bring communities together, foster economic growth, promote sustainability, boost tourism, encourage cultural engagement, and make our communities more livable,” said the Green Party. “They are also a chance to engage with Canadian architects and designers and support a valuable, home-grown industry that is the envy of the world.”

The Liberal Party focused on the importance of the preservation and protection of historical sites across Canada, which is an aspect of the national architecture policy. “To provide clearer direction on how national heritage places should be designated and preserved, we will move forward with new comprehensive heritage legislation on federally owned heritage places.”

The NDP did not provide a comment regarding the establishment of a national architecture policy for Canada.

CBRE Office is the First in Alberta to Receive WELL Certification

Get the recognition you deserve! Enter the 24th annual Best of Canada!

Canadian Interiors Feb 20, 2021
You cannot print contents of this website.
X
This site uses cookies to give you the best possible experience. By continuing to use the site you agree that we can save cookies on your device. Cookies are small text files placed on your device that remember your preferences and some details of your visit. Our cookies don’t collect personal information. please read our updated privacy and cookie policy.Ok