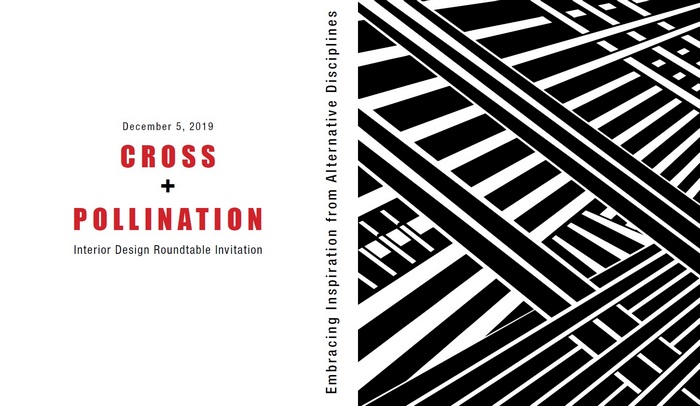 Interior design is a profession based on ideas meant to eliminate barriers between ourselves and our built environment, so it is wonderfully positioned to benefit from a mining of design inspirations that come from other industries, thereby breaking down conceptual barriers to create new forms, introduce emerging typologies, weave in themes, and more. Ideas cannot and should not be contained, and if designers open their strategies up to being influenced and inspired by diverse aesthetic disciplines such as automotive, fashion, food, music, athletics and others, they will unlock new resources of materials, behaviours and emotions that when fused together can increase our experiences and bring greater pleasure to our material and immaterial lives. Join us at the Interior Designer Roundtable: Cross-Pollination: Embracing Inspiration from Alternative Disciplines to explore the potential of cross-pollinating design ideas and strategies that are too rich to be ignored.

Canadian Interiors is a sponsor of the event and together with The Buildings Show, is pleased to offer a complimentary ticket to all interior designers.

Space is limited so click here to: register today to reserve your spot! Complimentary ticket promo code IDRT19 has been  pre-applied at the registration link, so all you need to do is simply complete your registration.

Christopher has chosen his real name to represent himself in the fashion world. He was educated at Istituto Marangoni in Milan, a renowned institution synonymous with fashion, design and art. Since his debut, this intrepid designer has achieved a meteoric rise in the fashion industry. In 2014 he established a design studio in Milan. Christopher is versatile and particularly focused on beautiful, innovative details. He has an innate curiosity and is inspired by anatomy, architecture, geometry and also from other art forms such as cooking.

Calgary-born Jeffrey Forrest founded STACKLAB, a Toronto-based art and design studio embracing furniture, sculpture, installation and architecture, in 2013. He studied history and architecture at Queen’s University in Kingston, Ont., the New York Institute of Technology and the University of Calgary. After completing his studies, Jeffrey drove his 900-c.c. Triumph motorcycle to Toronto in quest of a summer job where he could work with his hands. He began at a company selling recycled wood, where he soon convinced the owner to let him design as well as manufacture furniture pieces.

Michaela MacLeod is from Moncton, New Brunswick and earned her professional degree in Architecture from the University of Waterloo. She was awarded the Ontario’s Architects Association Guild Medal Award and the Prix de Rome in Architecture for Emerging Practitioners for her research work on contaminated landscapes within the public realm. She did a post-graduate year of research on Bata Company Towns at the Bauhaus in Dessau. She is an Intern Architect with the Ontario Association of Architects and founder of Polymetis, an architecture, landscape and public art studio based in Toronto.

Mark Steel is a Toronto-based Production Designer for a variety of film and television series. He has helmed art departments on many projects for major studios and networks such as CBC, FX, CBS, ABC and NBC Universal. His credits include What We Do in the Shadows, Star Trek Discovery and Heroes Reborn. He is most recently wrapping up production on the second season of The Umbrella Academy for Netflix.

Peter Sobchak has been discussing topics related to design, architecture and real estate development in Canada through various mediums for over 15 years. He is the editor of Canadian Interiors and Building magazines, his writing has appeared in publications in England, Germany, the Netherlands, China and elsewhere, and his work has won several awards for business writing. He was also the host and producer of Building Toronto, which aired on Rogers TV.