Three designs were selected from 273 submissions from around the world by this year’s Winter Stations design jury. Artists, architects and designers were asked to create bold designs at the site of the lifeguard stations that are dotted along the beachfront. Each winning submission celebrates Toronto’s winter waterfront landscape and aims to draw people outside to interact with installations, the winter and each other. This year, the three winning designs will be joined by an installation from Centennial College.

The theme for Winter Stations’ sixth anniversary is Beyond the Five Senses. Designers were asked to explore how our senses interact and overlap to provide us with a picture of our environment and how we interact with it, demonstrating our subjective relationship to reality or displaying a distorted one.

“We wanted this year’s theme to look beyond the five senses to bring interactive art to the water’s edge,” said Winter Stations co-founder, Roland Rom Colthoff, RAW Design. “Winter Stations has always been about bringing joy, warmth and conversation to the long, cold Canadian winter landscape.”

Founded by RAW Design, Ferris + Associates, and Curio, Winter Stations Design Competition was conceived as a way of using design to inspire Torontonians to visit the beach in the winter.

The 2020 Winter Stations winners are: 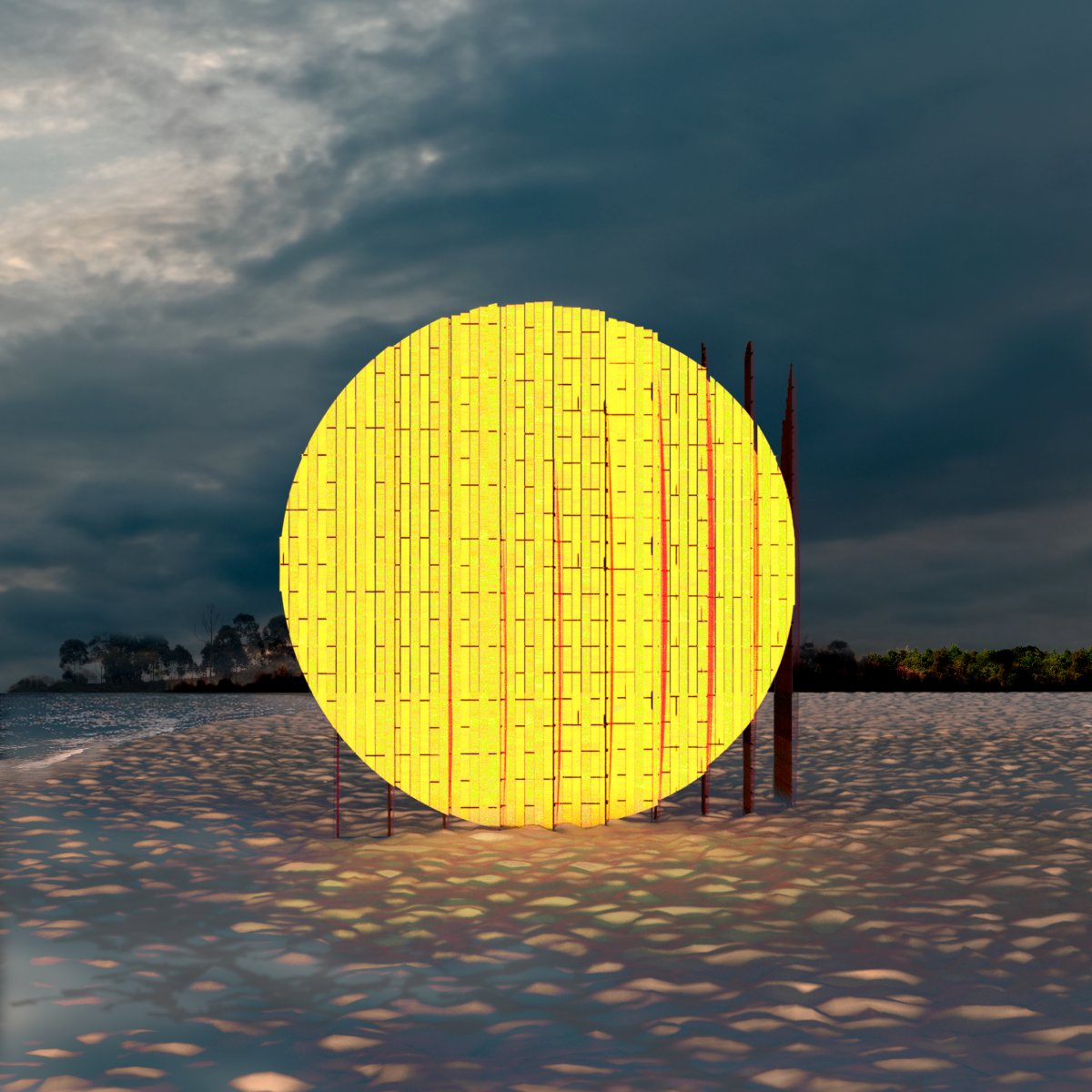 Mirage has been designed to react to the movements of the sun and the people. Depending on where the visitors are positioned, they will see either a red transparent sun setting or a light and bright rising sun laying on the horizon. As they walk closer, they will discover the thin structure that makes these two simultaneous realities possible.

Kaleidoscope of the Senses, by Charlie Sutherland of SUHUHA 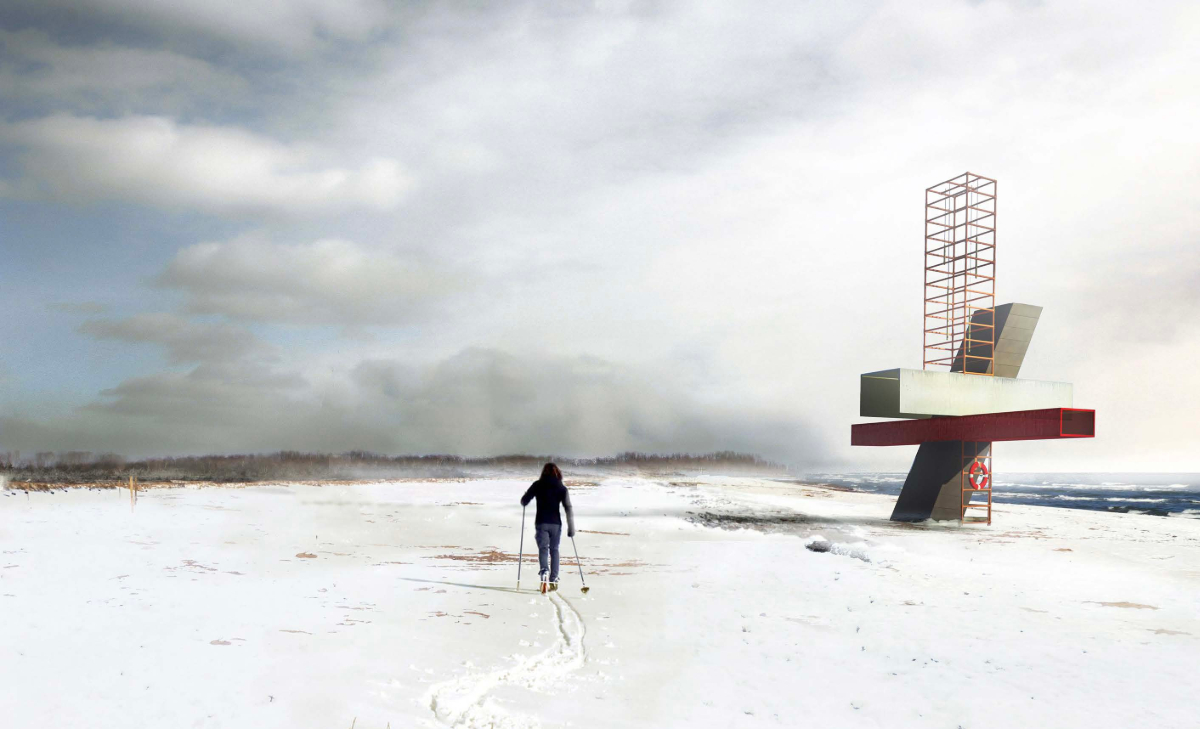 Kaleidoscope of the Senses re-purposes the existing lifeguard chair, bringing together a balanced yet dynamic composition of elements which are both a visual and experiential celebration of the senses and a metaphor of the body in space.

An open bell tower structure creates clanking metal sounds in the wind, while a diagonal black chimney draws up the aromas of oils set into the beach sand at its base. A horizontal white extrusion reflects the expansive horizon, framing a view of the water and back to the city. This is all underscored by a lateral red beam, establishing a tactile bench within the structure, the only point of physical contact with the observer. 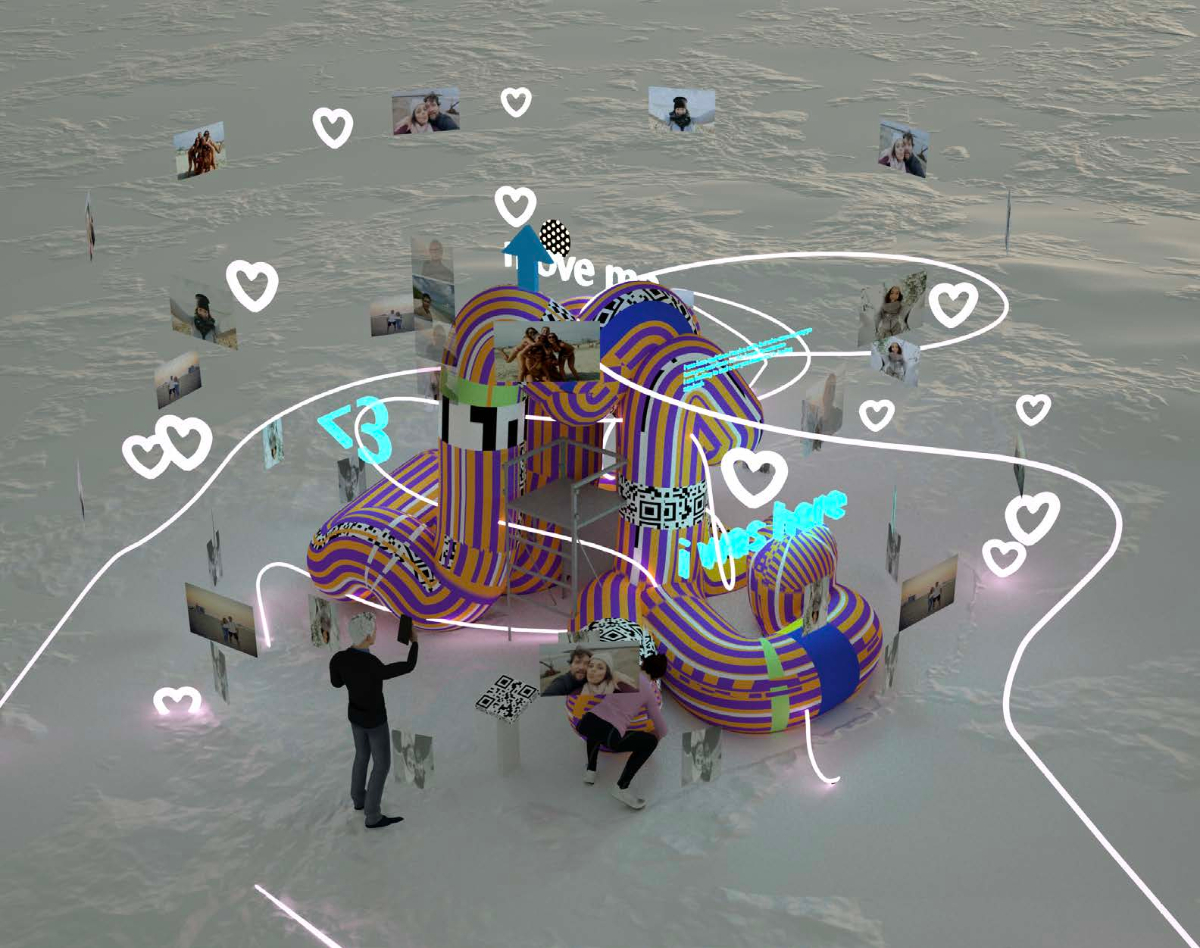 Noodle Feed goes beyond physical senses and creates a shared augmented reality environment where people can interact in new ways and consider that the world is much more than we perceive. The colourful forms and tangible nature of the ‘noodles’ are designed to attract attention, while the rough matte texture of recycled sailcloth contrasts with the soft, springy cushioning of the objects, inviting visitors to move them into chairs, beds and shelters.

An Augmented Reality App lets visitors leave digital traces of their time at the installation, including photos, stories and drawings that can be seen by other users in physical space. 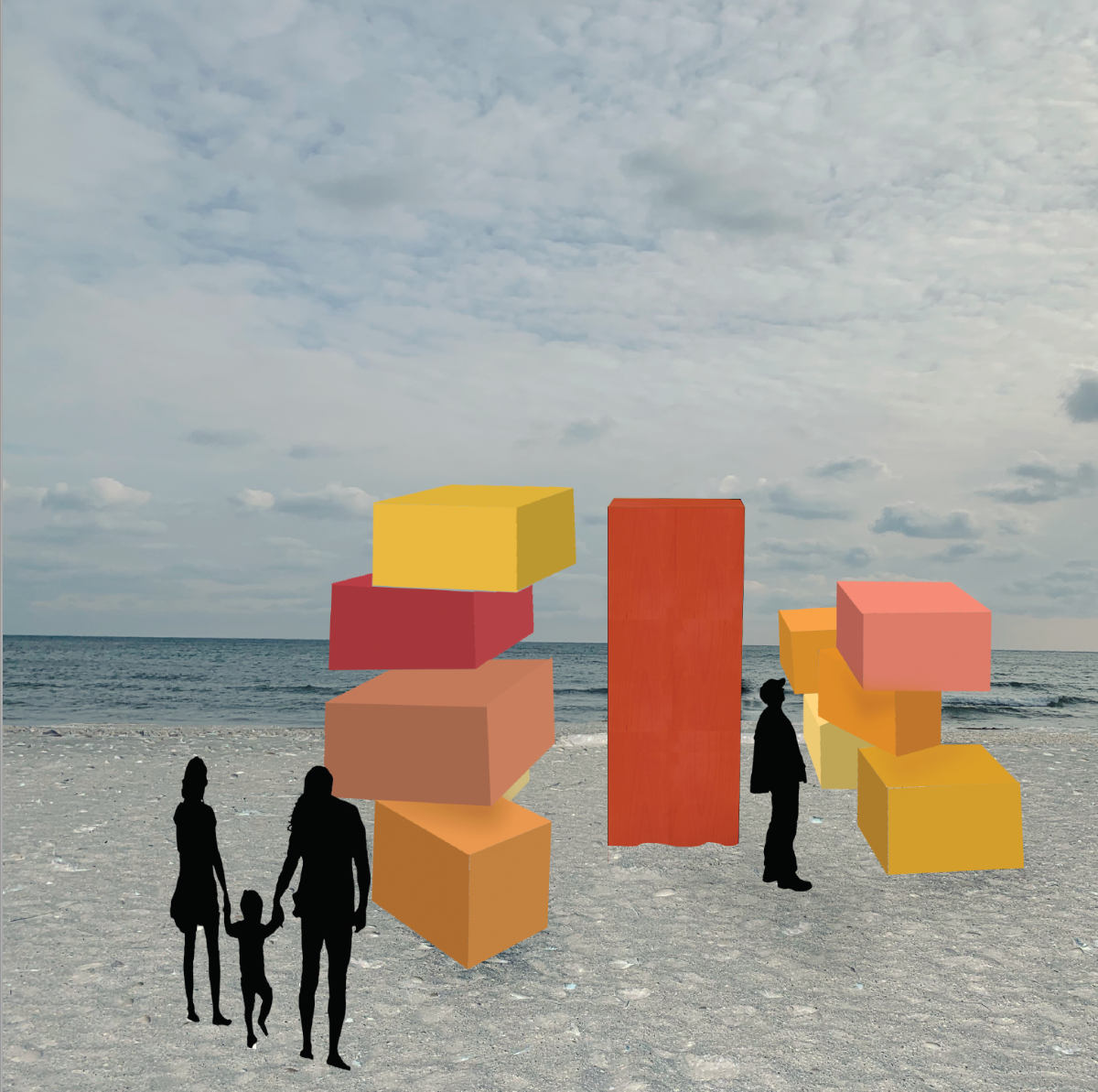 This installation consists of three structures of varying sizes formed of a series of stacked wooden rectangular prisms laid out in a circular shape around a giant steel drum.

Where the prisms overhang, metal bells of varying shapes and sizes will hang. Some of the structure’s prisms might also be made into steel drums. The elements of the lake’s environment will release the bells’ sound like a wind chime. Visitors can use sticks chained to the structure to play along with the sounds produced by the lake’s elements. Graffiti artists will also be invited to tag the structure.

This year, Winter Stations and the Waterfront BIA announced a renewed partnership to continue bringing interactive public art to the waterfront during the shoulder seasons. For the last three years they have partnered on Winter Stations’ sister exhibition Ice Breakers, but in an effort to diversify the offerings and showcase public art, the partnership evolved to mount two exhibits leading up to the launch of Winter Stations. The first, called Impulse, brought a series of illuminated seesaws to Harbourfront Centre last fall.

The second, called Loop, will be installed at York Street Park from January 15 until February 9. Loop is a cross between a music box, a zoetrope (a 19th-century optical toy) and a railway handcar. The retro-futuristic machine, more than two metres in diameter, creates animated fairy tale loops. It activates when a group of people work a hand lever, revealing a lit-up image cylinder that creates the illusion of motion in the drawings.

DesignTO returns with a new distanced and digital Festival