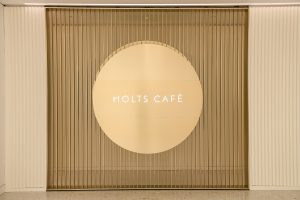 Holt Renfrew celebrated the re-launch of Holts Café Bloor Street with a cocktail reception attended by approximately 150 guests, who sipped on signature cocktails like “The Renfrew” and canapés by Executive Chef Benjamin Lillico including house-made ricotta and pear on toast, Holts beef sliders and caviar on buckwheat blinis. The East Dining Room opened halfway through the night to reveal a BYO ice cream station and a “Dragon’s breath” nitro bar.

DJ Gonnie Garko entertained the crowd during the party that showcased Holts Café’s re-launched evening service that now extends to dinner seven nights of the week.