Rakuten Ready, the location-centric mobile commerce platform “that takes the friction out of the mobile order-ahead experience for thousands of stores and restaurants,” according to its marketing material, announced recently the expansion of its presence in Québec by opening a new office, designed by the Québec City-based firm Patriarche. 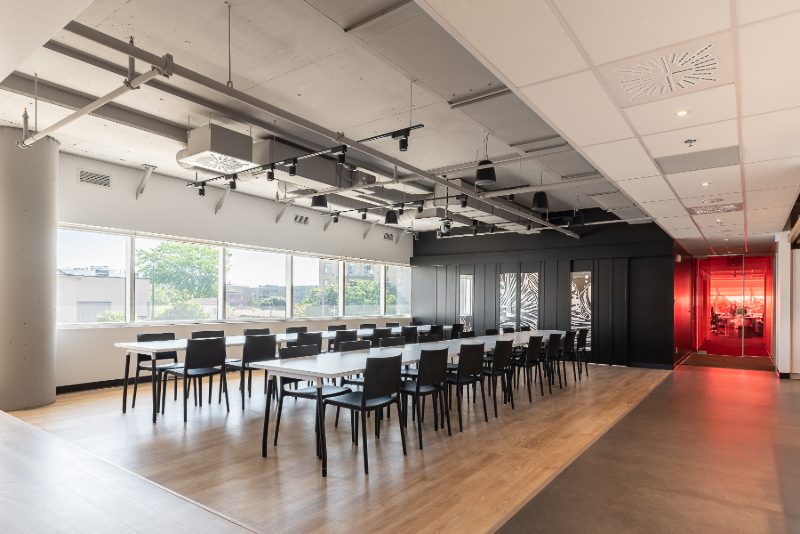 As Rakuten’s head office is in Japan, Patriarche had to integrate Japanese inspirations in the interior design. As a result, several elements and materials refer to the origin of the company. The choice of ceramic wall tiles in the kitchen is reminiscent of sushi counters, while the carpet has a texture resembling tatami mats. Touches of red are reminiscent of the colour of the Japanese flag, but also of Rakuten’s brand image. 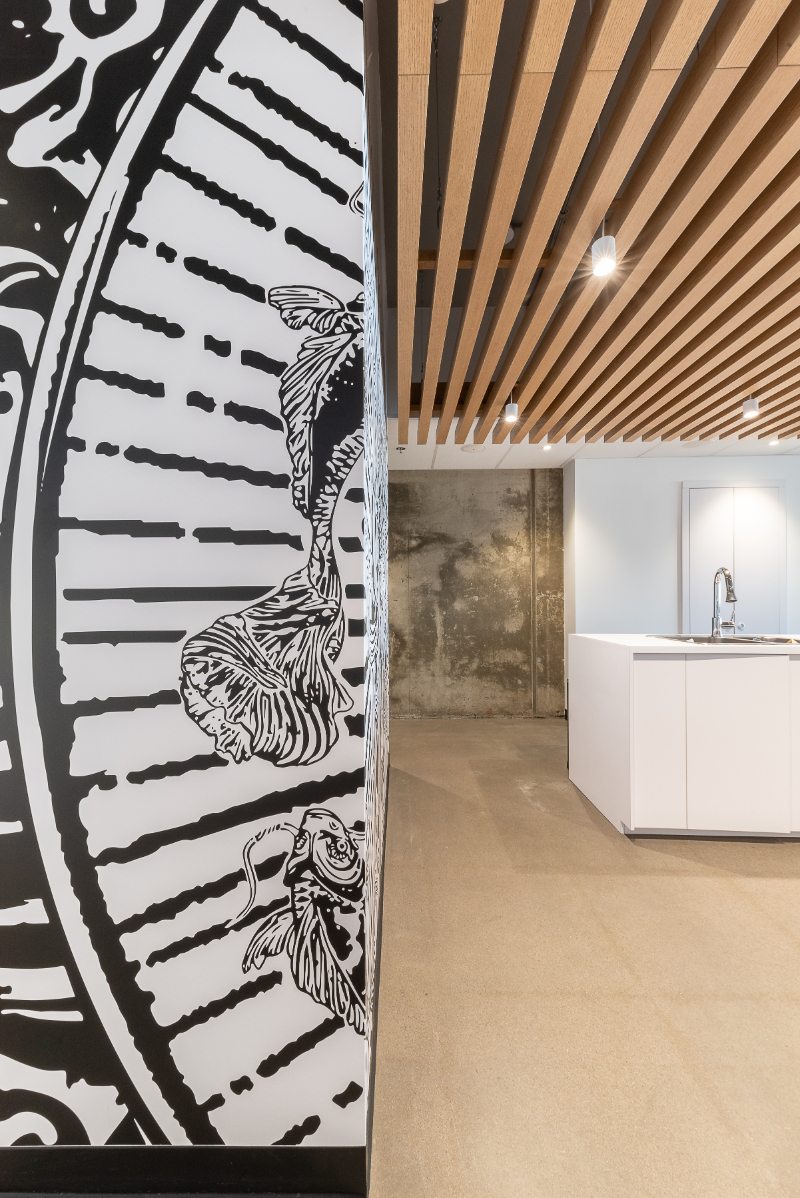 In collaboration with the artist MC Grou, Patriarche imagined two murals on adhesive vinyl. One is in the kitchen and the other is unfolded on four sides in the “playroom.” The room is completed by a black ceiling and sliding glass doors which open into a large common room serving as a cafeteria and auditorium. 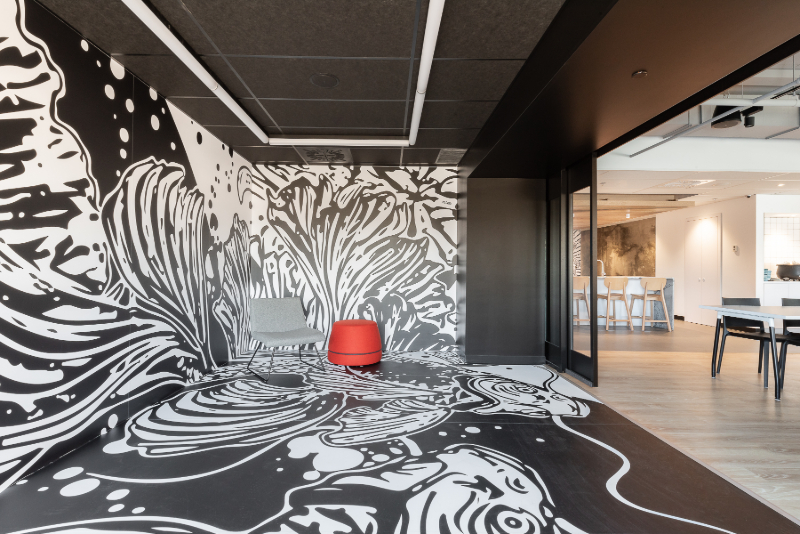 Above the kitchen, Patriarche designed a ceiling of hanging rhythmic wooden planks to visually delimit the area and improve the acoustics of the space, and also chose different types of lighting to make the work areas both comfortable and adaptable. Furniture with straight lines and neutral colours was chosen to complement the interior concept. 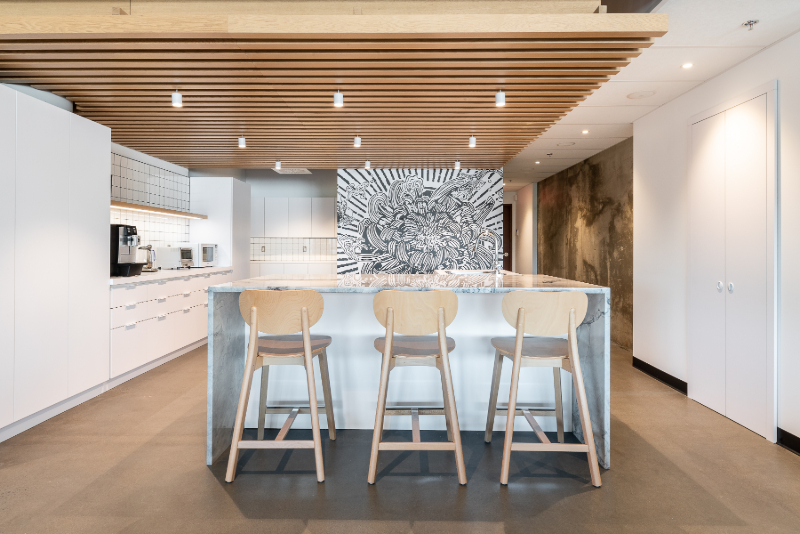 In the end, bold yet refined details stand out for their originality in an atmosphere that is both Zen and airy.

Cottage Design Principles from A to Z