Building a stool that captures the sculptural qualities of cycling.

Mariposa Bicycles and Fig40 have a lot in common, even beyond the obvious, which is they design objects people sit on. Both have a passion for craftsmanship (Fig40’s furniture for commercial environments have won multiple awards, and Mariposa is celebrating 50 years as a high-end hand-made bespoke custom bicycle maker) and a passion for cycling (Fig40 founders Lee Fletcher and Terence Woodside are enthusiastic cyclists, while at Mariposa owners Dede Barry is an Olympic cycling medalist and Mike Barry a former Tour de France regular), so while the “sitting” action may be different for their signature objects, a collaboration between the two studios seemed natural. 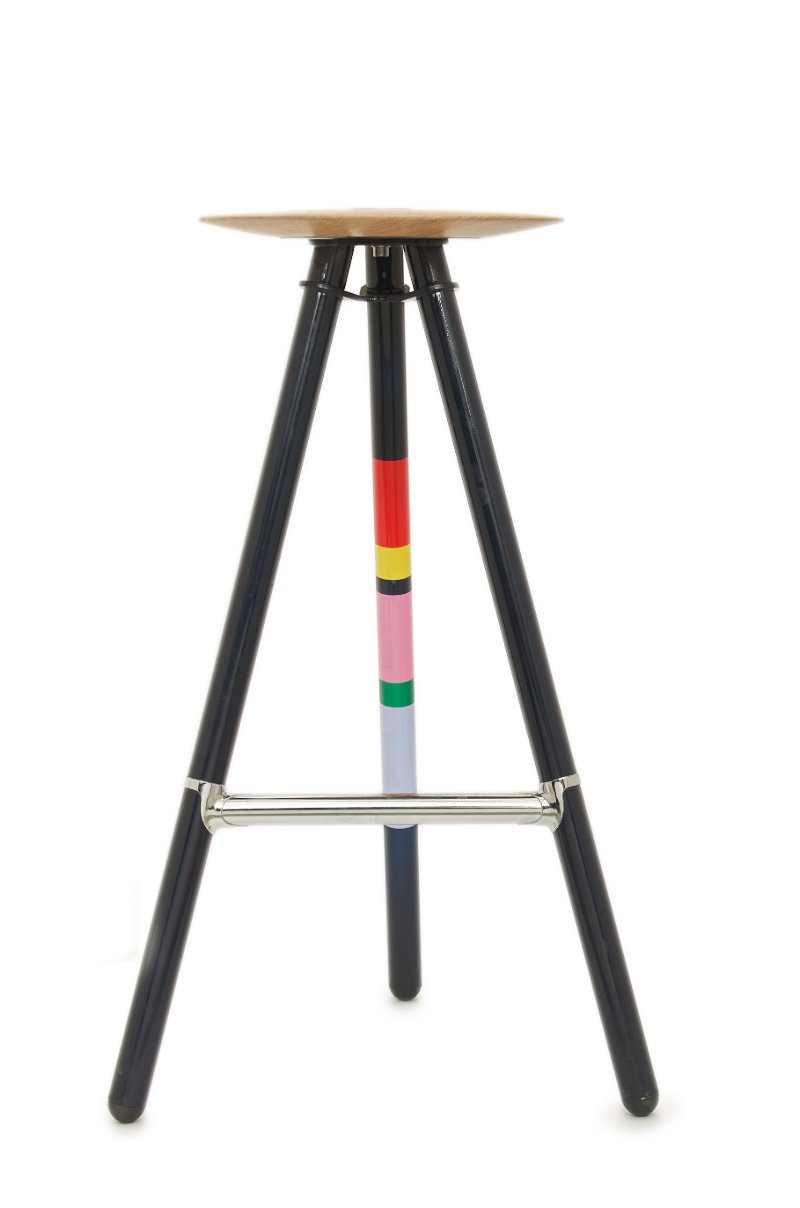 IDS22: Back in the Saddle