The newest scalable lighting system from SONNEMAN–A Way of Light is an expressive and fluid fixture that highlights flowing forms, bringing a soft approach of artistic expression to this expandable structure. 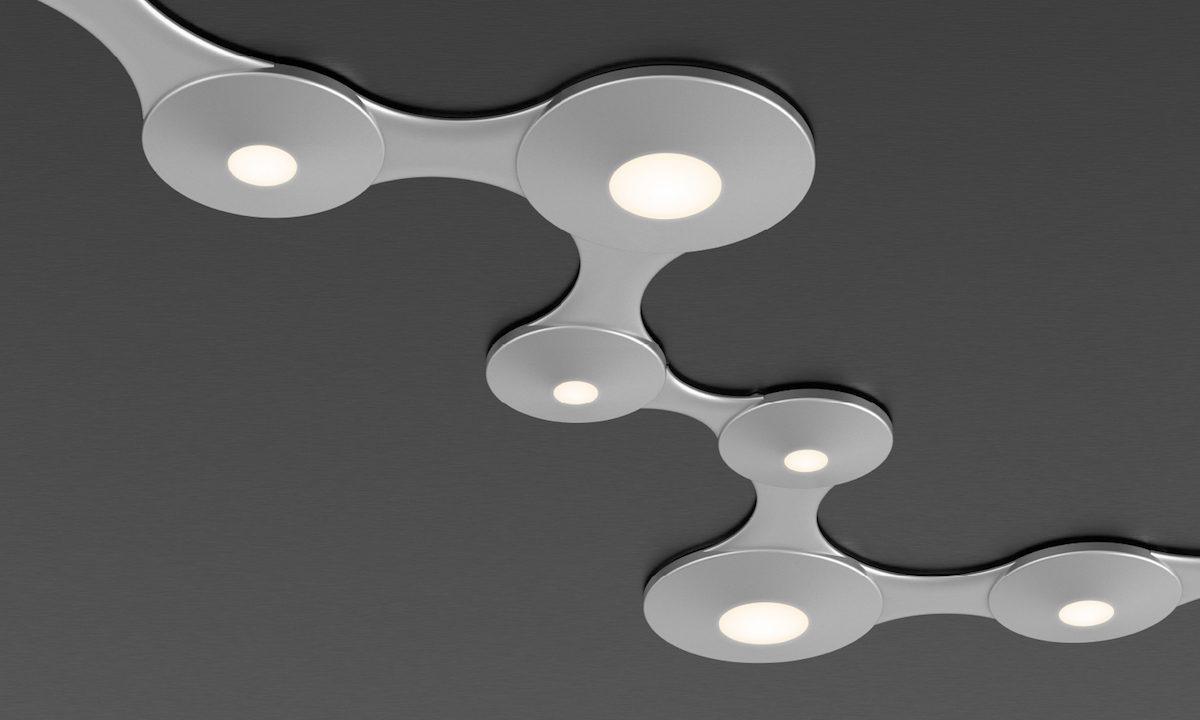 Each of section of the system — named the Coral Surface — features a smooth, circular shade wrapping around the LED source with diffusers made of Thermoplastic with an Acrylic lens. 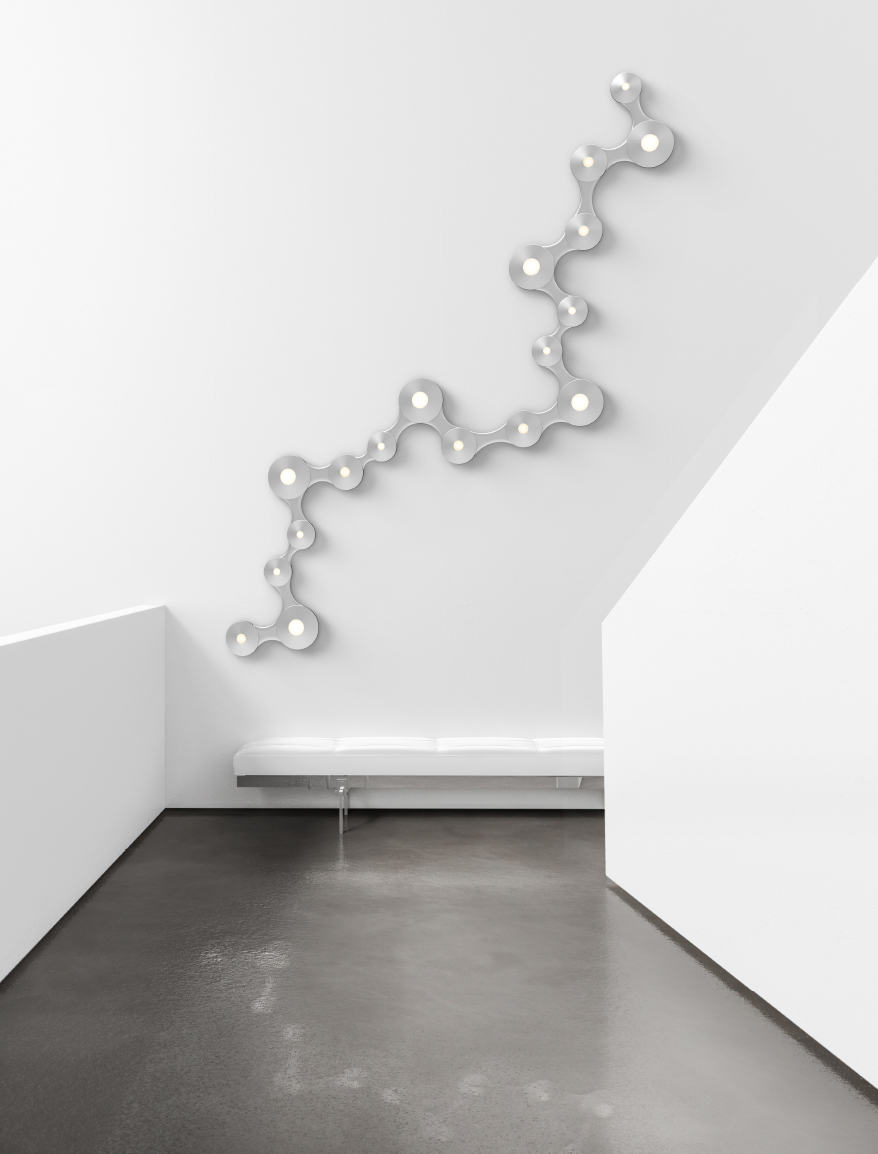 As the Coral luminaire walks along a ceiling or wall, it creates a useful general glow while also providing more targeted downlighting. The asymmetrical design shows off the organic inspiration of this flush mount, and the metal body connects a series of three-light modules, allowing for configurations of varying size and spacing.