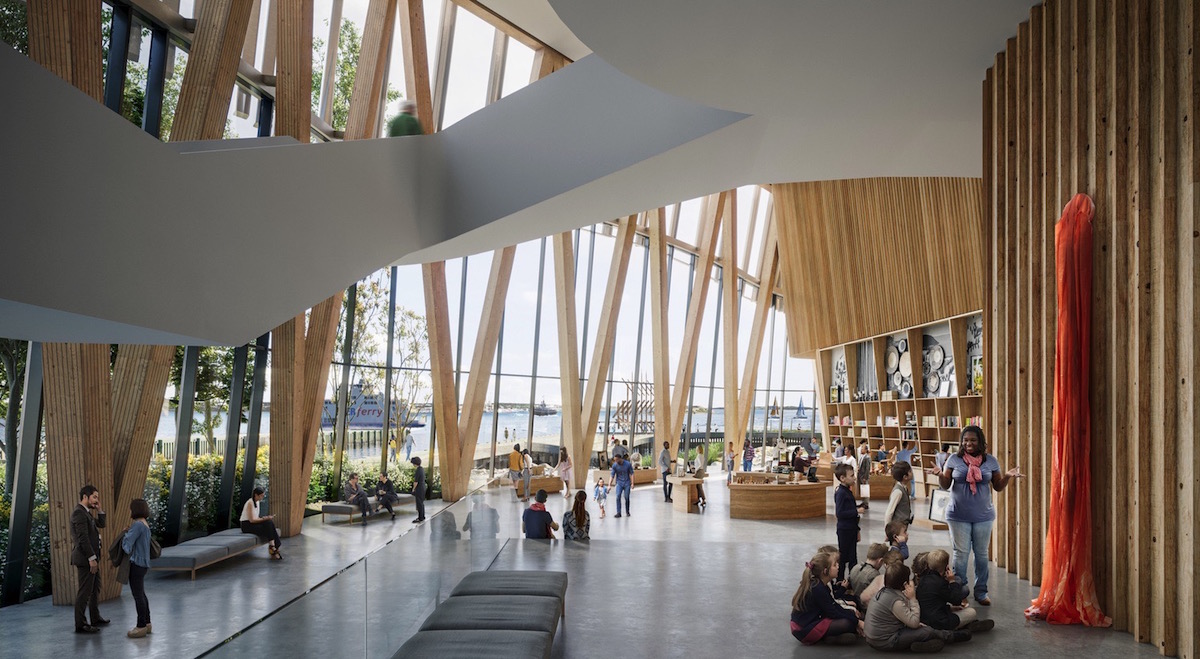 Located on the Salter Block of the Halifax Waterfront, the new gallery and arts district will be a transformative, inclusive destination. It is intended to inspire and celebrate creativity and imagination, but also to challenge the status quo and reshape institutional values.

The winning team is the result of the largest international design competition to be held in Nova Scotia. The other finalist teams were Architecture49 with Diller Scofidio + Renfro and Hargreaves Jones; and DIALOG, Acre Architects, Brackish Design Studio and Shannon Webb-Campbell.

The winning design team’s submission features a striking peaked hat shape at the entrance, an iconic shape which a symbol of the strength, wisdom, love and power that women hold within Mi’kmaw communities.

The design offers an array of accessible experiences for all senses, and embodies a vision of a place that thrives throughout all seasons. The landscape design expands and contracts, flexing seasonally from the human-scaled, intimate gathering spaces at the heart of Salter Block to a large gathering space at the scale of K’jipuktuk, the Great Harbour.

“We proposed a sinuous building surrounded by regenerative gardens that will signal a radical new beginning for the AGNS, the waterfront, Nova Scotians, and the world of art,” said Bruce Kuwabara, Founding Partner, KPMB Architects. “We want people to experience art in a great setting. We want people to feel welcome and at home. We believe we have created a place for everyone.” 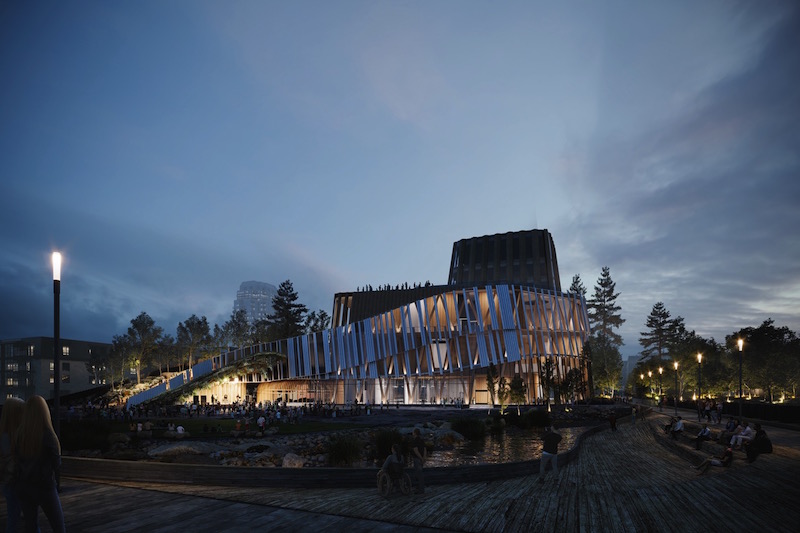 The gallery and the province will work with the team and the public to shape a final design that is a meaningful and accurate reflection of the diversity of Nova Scotian communities. Formal public engagement will begin in early 2021.

The jury was unanimous in its recommendation of the KPMB-led submission as the winning project. However, in its deliberations, it also spent a great deal of time discussing what would be an appropriate representation of different cultures, and the importance of engaging with community to reflect a diversity of cultures.

“All three designs drew inspiration from the place, and the history and the culture of the first people of this place, the Mi’kmaq,” they wrote in the jury report. “Recognizing that the Art Gallery of Nova Scotia is looking to create greater diversity and inclusion, and become a more open and welcoming place for all Nova Scotians, the jury questioned how the process allowed a design and program to encompass Mi’kmaw culture without direct involvement of Mi’kmaw leadership. With this said, the jury believes that the process has room for humility. The jury recommends that the owner and the consultant team should use this moment in time to learn, grow and move forward together.”

In the winning submission, the report continues, “the design is wholly inspired by Mi’kmaw culture.” But also, “The project is being led by the Art Gallery of Nova Scotia, Develop Nova Scotia, and the Government of Nova Scotia. It is not being led by a Mi’kmaw organization and therefore presents the conundrum: is it appropriate? The jury would like to see that as part of its first steps working together, the owner and the winning team engage with Mi’kmaw leadership.” 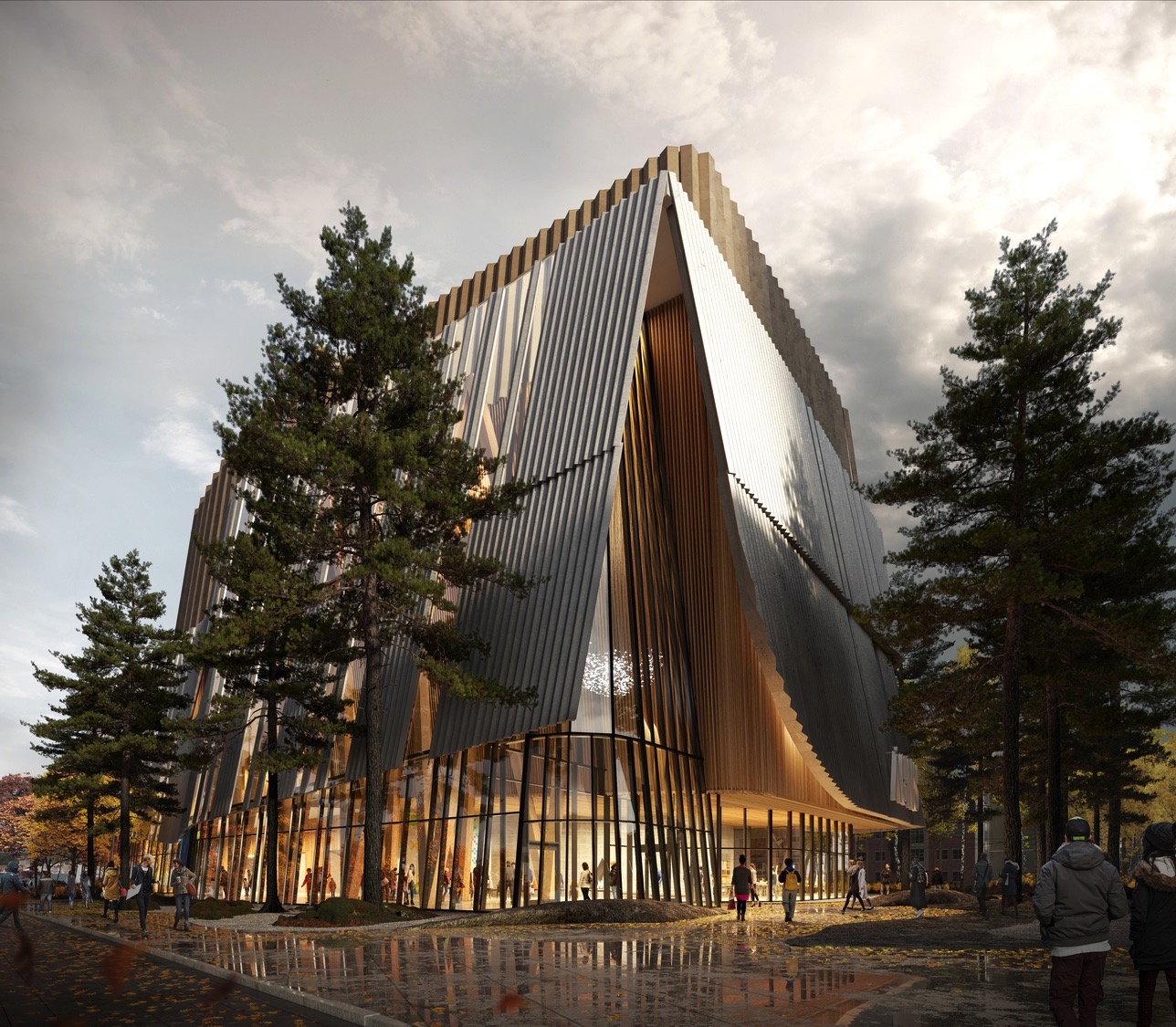 “Congratulations to the winning design team on their outstanding proposal for a new iconic Art Gallery of Nova Scotia,” said Premier Stephen McNeil. “As a province, we recognize the importance of inclusive public spaces connected to the arts.  Art and culture help tell the story of who we are as Nova Scotians. The new gallery will reflect the importance of art and culture to our lives, our communities and our economy.”

“Social infrastructure—public spaces, waterfronts, parks, and a reimagined art gallery—can be a touchstone for attracting population and for bringing people together,” says Jennifer Angel, President and CEO of Develop Nova Scotia. “We believe the new arts district can be a place for everyone—where all people can see themselves and are inspired to participate. To achieve this, we need to build it with everyone, which is easy to say and hard to do. Today is the beginning of the important work to bring people together to co-create our new arts district on the Halifax Waterfront, and it’s an invitation to join us in making this place for art and community a place where everyone can belong.”