After a year full of virtual screenings, the Architecture & Design Film Festival (ADFF) is return to New York for its 13th edition from September 29 – October 3 before embarking on its circuit of cities that include L.A., Toronto, Vancouver and Washington D.C.

Following its virtual premiere at SXSW ‘21, ADFF:NY’s opening night will feature the in-person world premiere of MAU, the first-ever, feature-length documentary about design maverick and Sudbury, Ont.-born Bruce Mau. The film explores the creative dark horse and his unlikely journey from a world-class graphic designer to designer of the world. A pioneer of life-centered, transformative design, Mau’s work spans a range of creative endeavors. He has advised global brands like Coca Cola and Disney, reimagined the future of Mecca, Islam’s holiest site, worked with some of the greatest living architects, and even rebranded nations like Guatemala and Denmark. 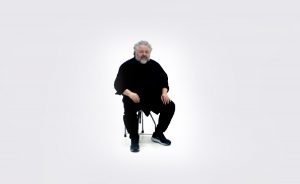 The film also highlights Mau’s wife, co-founder, designer and Chief Insights Officer of the Massive Change Network and the engine behind their shared enterprise, Bisi Williams. Written and directed by Austrian filmmakers Benji & Jono Bergmann, and produced by Karol Martesko-Fenster, the film tells a character-driven story interwoven with Mau’s 24 principles for Massive Change. The Bergmann brothers and Bisi Williams will join Bruce Mau for the opening night screenings and festivities held at the Directors Guild Theatre located at 110 West 57th Street in Midtown Manhattan.

ADFF: NY’s complete schedule and roster of films will be announced in August. Additional announcements and programming will also be regularly updated on the @ADFILMFEST social media channels.