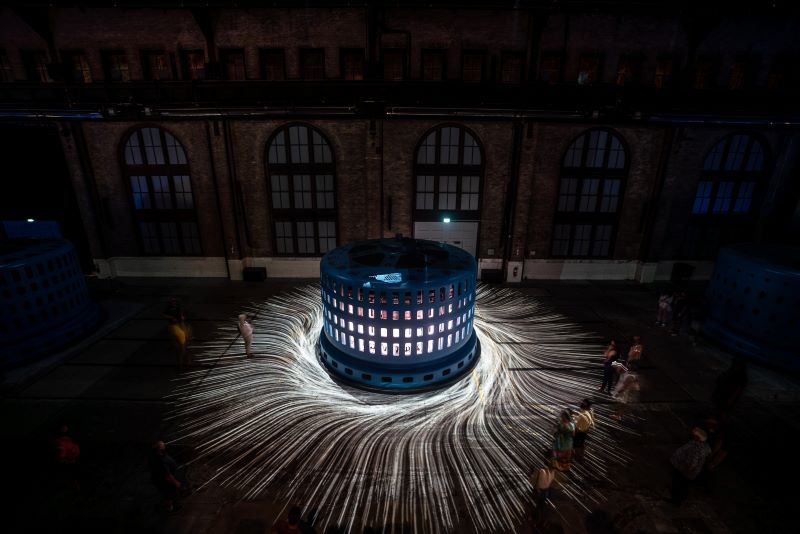 Produced by the creative minds at Thinkwell Studio Montreal, the attraction is called Currents: Niagara’s Power Transformed, and brings the Niagara Parks Power Station to life with visuals and a musical score.

The first major power station on the Canadian side of the Niagara River, the former “Canadian Niagara Power Company generating station” harnessed the energy of the Horseshoe Falls and turned it into a source of electricity for over 100 years. Today, the wonder of this hydropower pioneer highlights the history and architectural features of this structure. 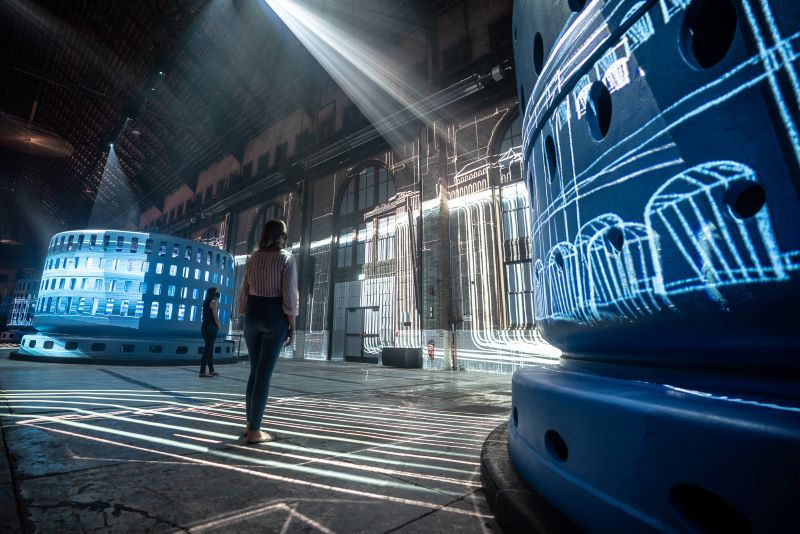 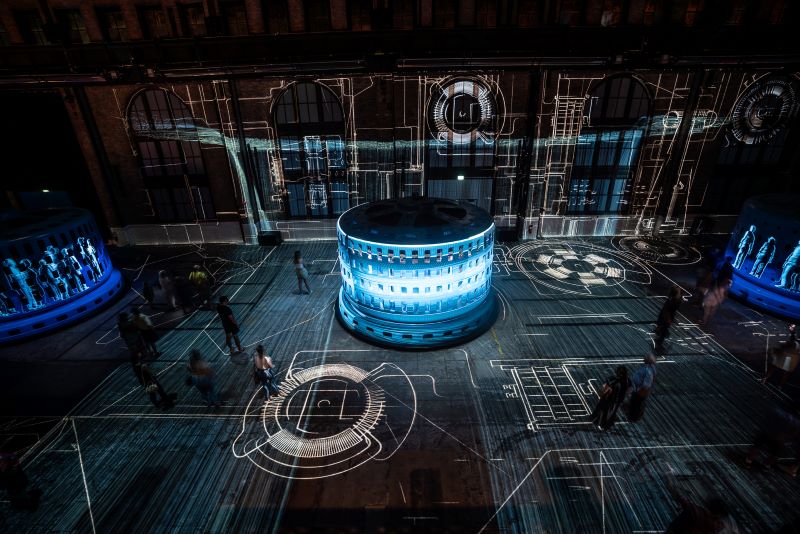 The show begins at 6:30 p.m. every night and spans about 30 minutes in length and is split into three acts. The first act shows the geological creation of the Falls with water rushing down the 60-foot walls of the station and freeze onto the floor.

“This show could not happen anywhere else in the world. From concept to execution, it was inspired by the history, architecture and identity of this spectacular heritage building and its proximity to the Niagara River and Niagara Falls.” Kim Viney, Senior Director of Business Development, Niagara Parks .

The Museum of Science, Boston and Moment Factory collaborate on a new exhibition