According to third-party validation, Interface’s 2030 greenhouse gas (GHG) reduction targets are science-based. The Science Based Targets initiative (SBTi) confirmed that Interface has set emission reduction targets that are in line with the level of decarbonization required to keep global temperature increase to 1.5°C compared to preindustrial temperatures. 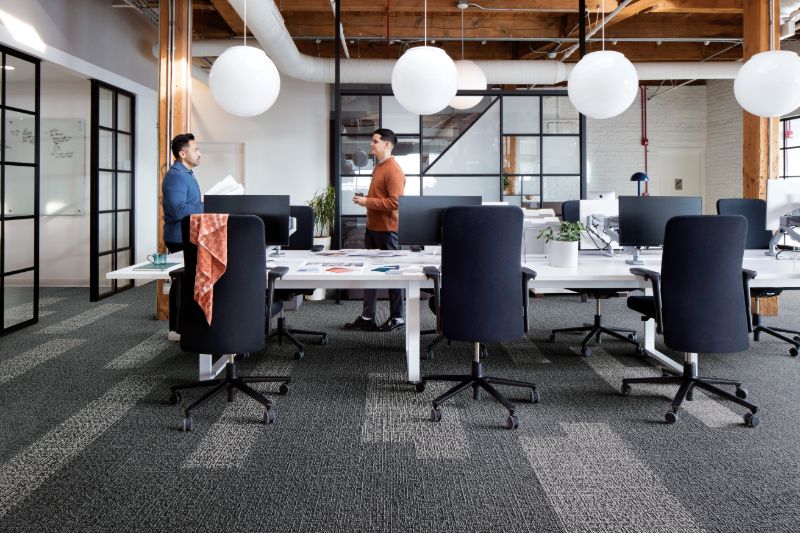 The now-validated science-based targets (SBT) from Interface commit the company to reduce its Scopes 1 and 2 emissions 50 per cent on an absolute basis by 2030 from a 2019 base year. It also outlines the company’s commitment to reduce absolute Scope 3 emissions from purchased goods and services 50 per cent and reduce business travel and employee commuting emissions 30 per cent within the same timeframe.

Interface endeavors to become a carbon negative enterprise by 2040 as part of its Climate Take Back mission. This goal uses a science-based approach by committing to aggressive GHG reductions that go beyond zero in a 20-year timeframe. The 2030 SBT represents an important halfway milestone on the company’s journey.

“Interface is committed to addressing global warming by setting ambitious GHG reduction goals that will help keep the planet at a safe global temperature,” said Erin Meezan, VP and Chief Sustainability Officer at Interface. “Setting aggressive targets is part of our DNA at Interface and why we have been so successful at integrating sustainability into our business for more than 25 years. Reducing our emissions further in this nine-year period will allow us to continue the significant work that we’ve already done to reduce the emissions of our carpet business on an absolute basis by 95% since 1996.”

“To address global warming meaningfully in the building and construction sector, which is responsible for 40% of annual GHG emissions, we must collectively act quickly to halve emissions by 2030,” continued Meezan. “SBTs present an opportunity for the industry to align on aggressive GHG reduction targets in line with the timeframe needed to limit warming. It’s critical that climate action ambition is elevated within our sector and approval from SBTi is an important step in validating that company targets are aligned with what the latest climate science has told us is needed to prevent the most damaging effects of climate change.”

“We congratulate Interface on setting science-based targets consistent with limiting warming to 1.5°C, the most ambitious goal of the Paris Agreement,” said Heidi Huusko, Senior Manager, Environment and Climate at the United Nations Global Compact, one of the Science Based Targets initiative partners. “By setting ambitious science-based targets grounded in climate science, Interface is taking action to prevent the most damaging effects of climate change.”

Beyond setting SBTs, Interface continues to help its customers achieve their own carbon reduction goals with the launch and continued scaling of its carbon negative carpet tile when measured cradle to gate. This innovation helps customers reduce their Scope 3 emissions with carbon negative alternatives. Furthermore, all the flooring products that Interface sells are carbon neutral across their full product life cycle through the Carbon Neutral Floors program.

Fantini opens the fourth edition of its Design Awards