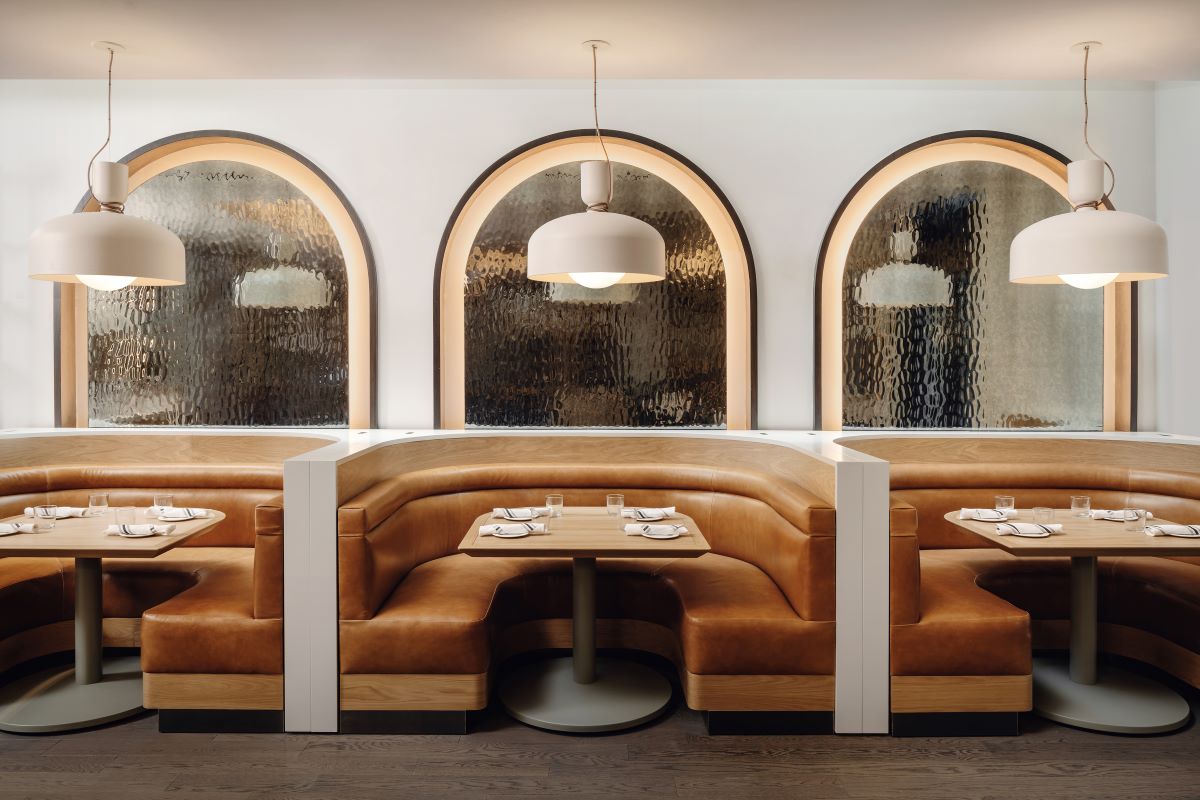 The Spotlight Volumes welcomes a new addition to the series — shade E — a playful hyperbolic study of the original product profile in a larger bell-shape form. Paired with a 12” opal glass, the voluminous shade is suffused with a warm, even glow. The pendant form of this version offers a conventional down light while the floor lamp offers an uplight.

The five unique shade profiles of different diameters lends the possibility of 21 different stacked combinations in a pendant. The electrical cord wraps and knots around the fixture’s midsection, communicating the restriction of the two joined halves, while the mass of the fixture suspends from a 1mm thick aircraft cable allowing the fixture to seemingly float in space. The Spotlights can easily be arranged in groups or on their own, and features pendant, ceiling, and floor versions.

The configuration of pendants from a multipoint canopy accentuates the Pebble’s organic silhouette and soft contours as they appear to pulsate in unison. Alluding to the rounded primordial forms of weathered river rocks, the internal glow animates the sculptural forms of the pendant. 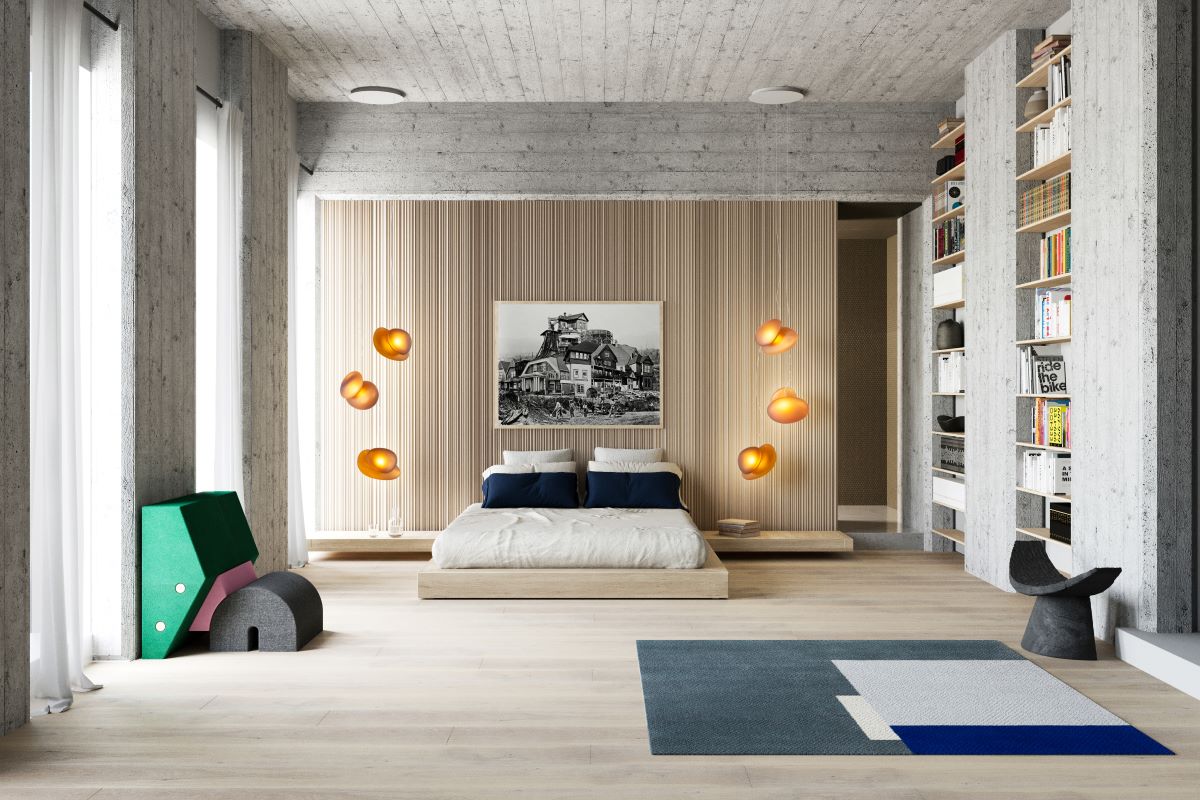 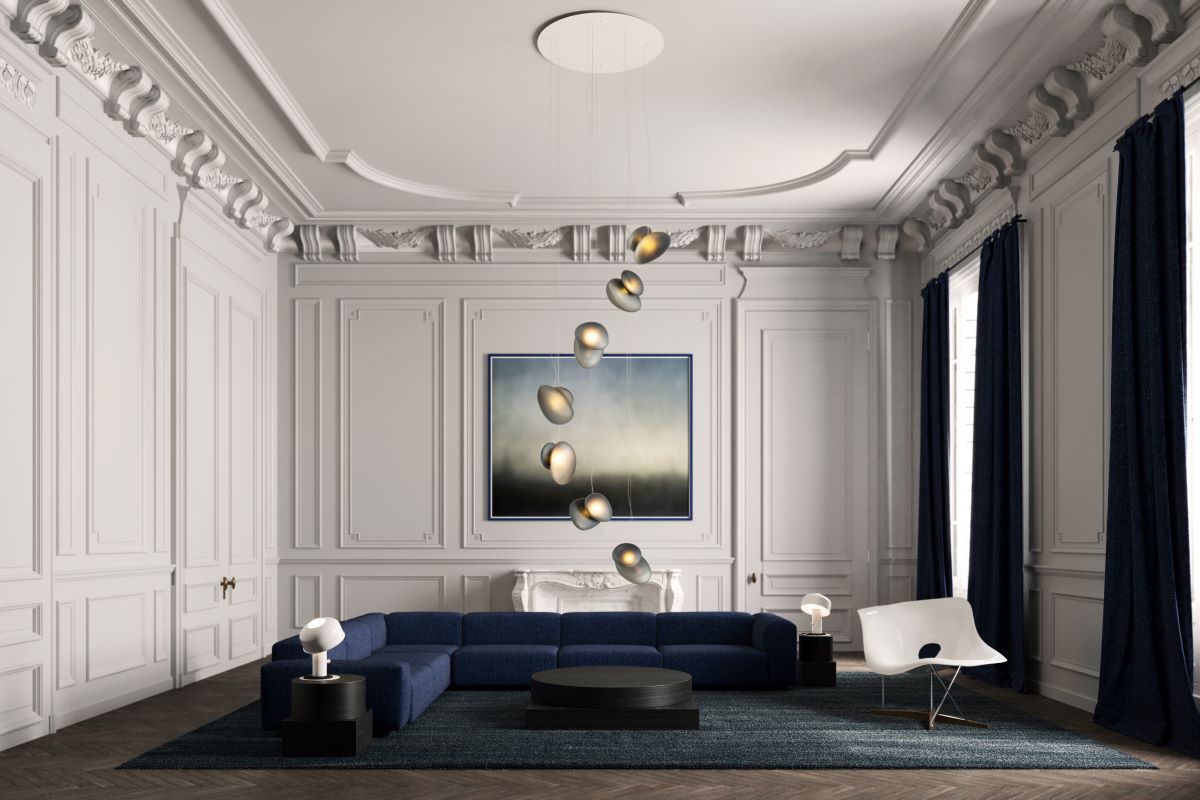 Two glass-blown shapes are joined by a machined aluminum connecter, LED, diffuser and integrated heat sink to create the design. Paired as a large and small glass blown form, the light comes in  two options in shape for each size and three possible finishes. The chandeliers are arranged in three configurations – helix; double helix; and cluster suspended from either a grey, white or black powder-coated canopy.

“The inspiration for the series was the inherent beauty of river rocks— seemingly simple, the actual complexity of their form is the result of thousands of years of sculpting by nature,” says Peet.