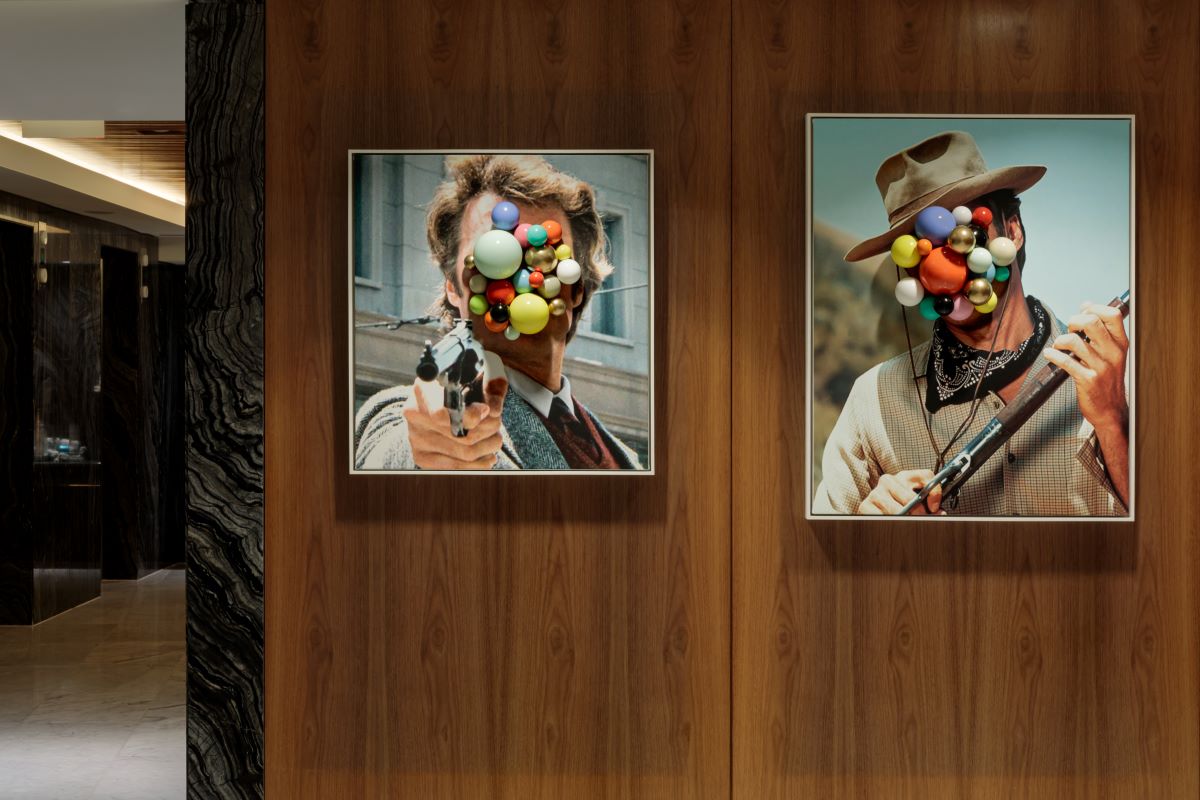 Coupland’s pieces share a tone that is at once distinctly menacing, yet wryly camouflaged by his signature broad-spectrum colour palette. The two large figures above the main fireplace, Future Boy and Future Girl, from 2016, vividly evoke that same sense of dread generated by oversized nostalgic anime figures commonly seen outside of Japanese and Korean retail stores in the 1950s, 1960s, and 1970s. 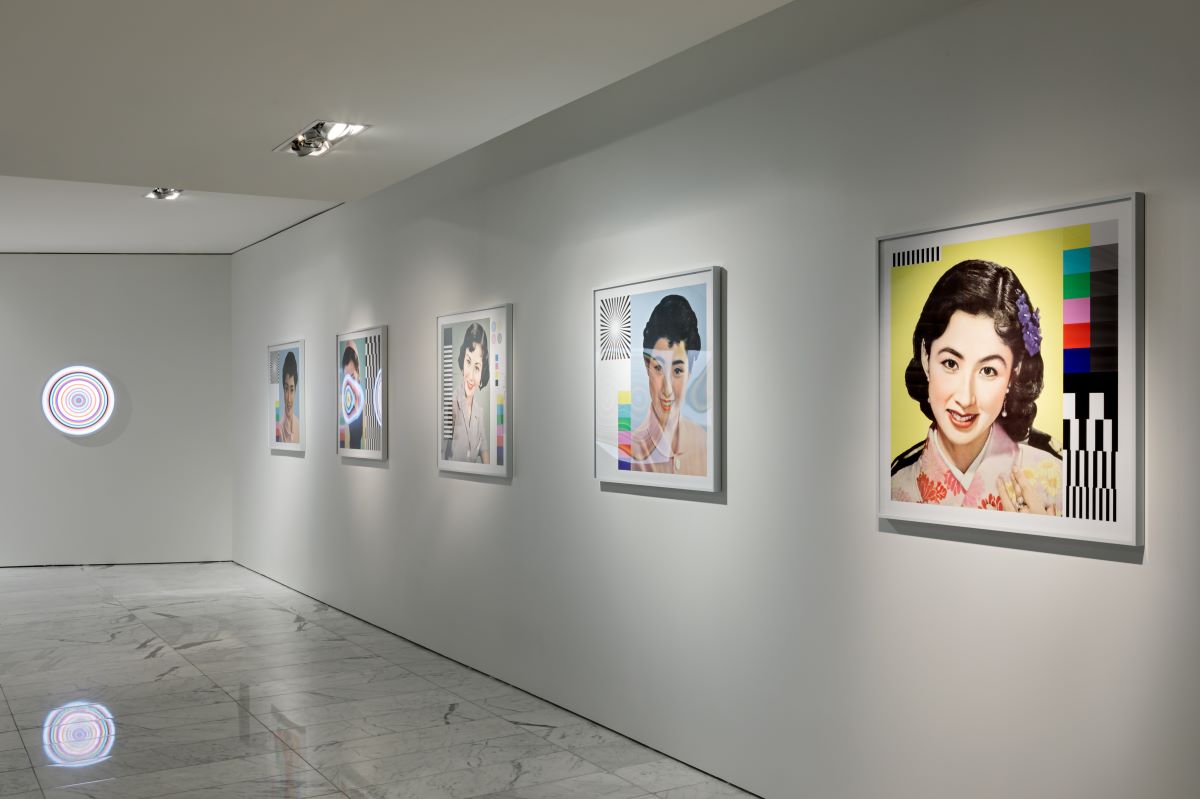 “The launch of The Pacific Gallery at Fairmont Pacific Rim is an exciting addition to our ever-growing art collection, allowing us to prominently feature local and international artists,” said Regional Vice President and Fairmont Pacific Rim General Manager, Jens Moesker. “We are excited to open The Pacific Gallery with renowned artist, Douglas Coupland, a Vancouver local whose work aligns with our ethos from not only an aesthetic lens but also from a sustainability perspective.” 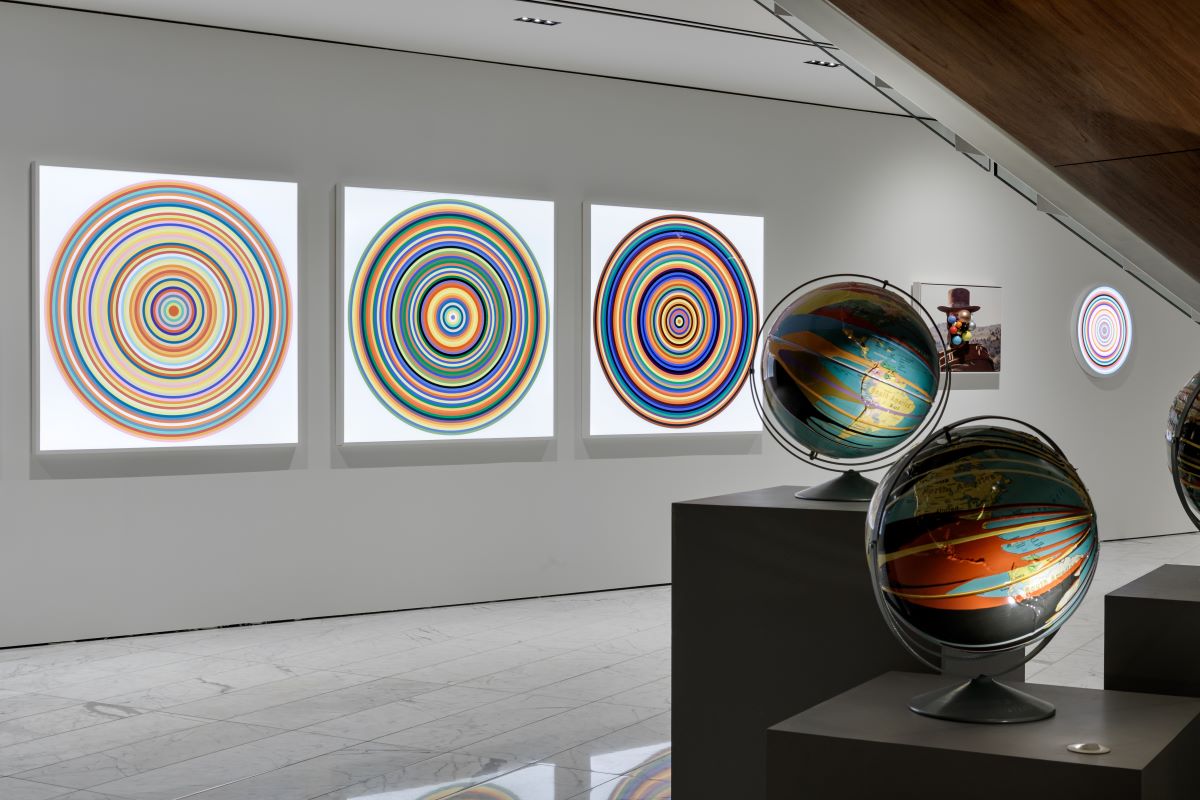 The south wall features a series of 1970s muscle car hoods painted in a style reminiscent of the mineral Fordite, an anthropocenic neo-mineral that is excavated from the demolished automotive spray-paint booths of Michigan and southern Ontario.

The LED target forms are direct overhead views of a series of 20-metre tall conical outdoor sculptures produced by Coupland in northern Toronto. Its hues are derived from coloured pencil crayons which have been seasonally separated into winter, spring, summer, and fall tones.

The Japanese film starlets of the early 1960s began as a series of work by Coupland in the early 2000s that explored the faces that appended the ends of film countdowns on celluloid heads and tails film trailers.

Though seen for only a fraction of a second, these faces etched themselves more deeply in the brain than any film poster — or even the film itself — a classic instance of the medium overriding the message and becoming itself a far more resonant long-term memory.

The exhibit will be on display at The Pacific Gallery into the new year and pieces from the collection are available for purchase through Toronto’s Daniel Faria Gallery.