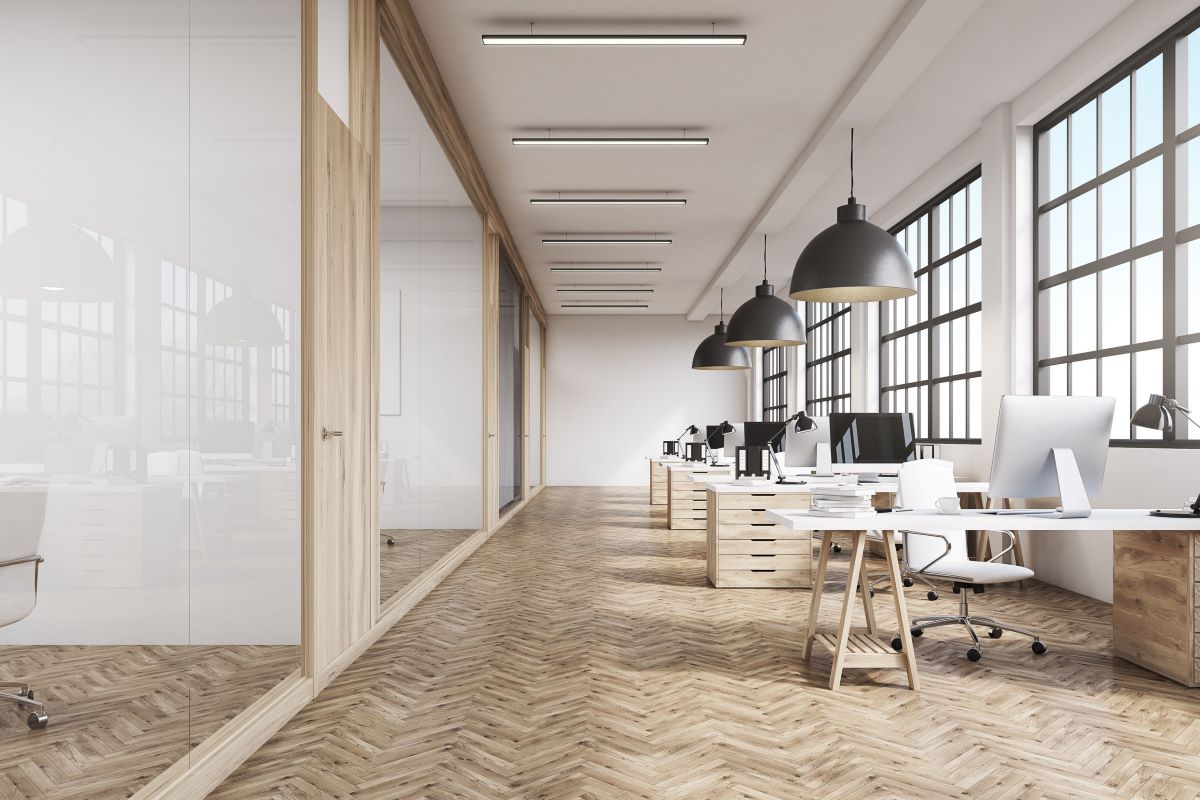 New data released by LifeWorks reveals that the mental health of Canadians experienced the largest single month decline since October 2020, and one of the largest declines since the pandemic started.

According to the monthly Mental Health Index, the overall mental health score for January 2022 was -11.3 compared to the pre-pandemic benchmark, representing a level not seen in eight months and among the lowest scores during the pandemic.

More than half (55 per cent) of working Canadians say that flexible work is most important to them, compared to one-quarter (24 per cent) indicating that career progression is the most important. 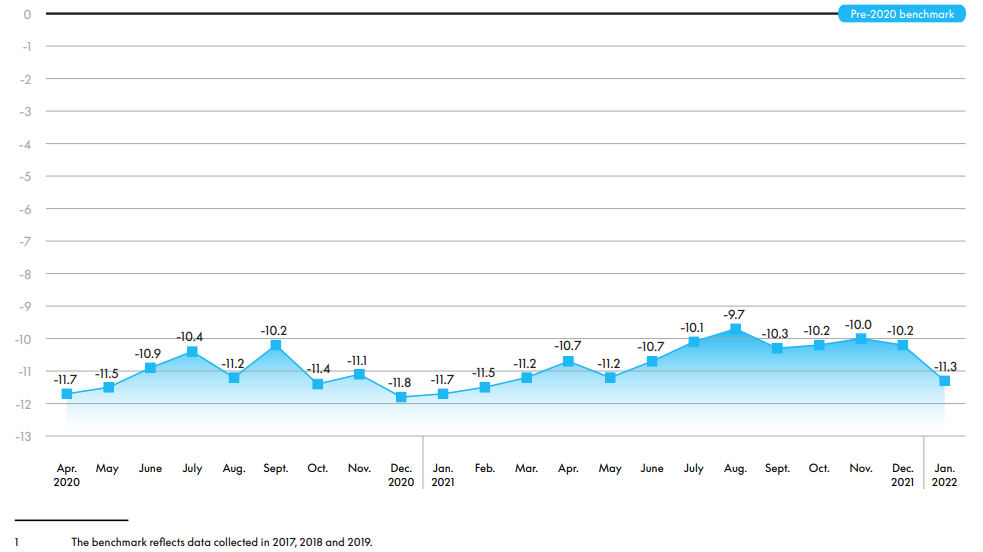 “The pandemic has created a lot of change in our lives, which has resulted in Canadians shifting their priorities. Many employees are now placing more importance on workplace flexibility – when, where and how they work – rather than career progression, which often includes compensation, promotions and professional development. As more organizations return to the office, it is important for employers to find new ways of supporting employees in this new environment,” says  president and chief executive officer, Stephen Liptrap. 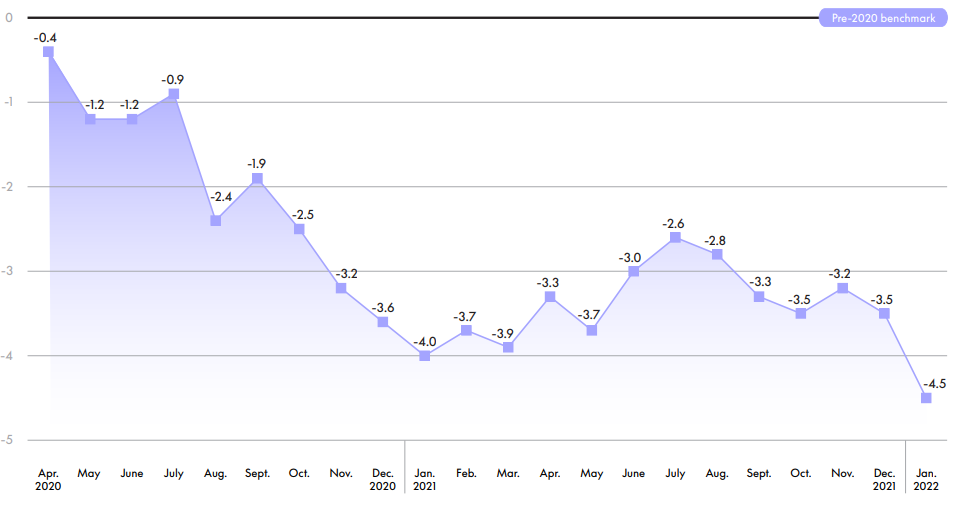 “With so many working Canadians still feeling the isolation and other mental health effects of working from home, more employers are paying attention to how connected their workforce feels to their organizations, if their employees feel a sense of belonging. Our research has shown that there’s a high correlation between the levels of belonging and productivity. This becomes especially important when we observe how much our mental health benefits from our relationships with colleagues and general interactions. Nearly 20 per cent of Canadians working at the jobsite say their biggest challenge is dealing with difficult people. Increased interpersonal tension is a bi-product of long term strain. This has been particularly difficult for those dealing with a public that is on edge,” says  global leader and senior vice president, research and total wellbeing, Paula Allen.