By Payam Ashtiani and Doron Meinhard On May 27, 2022
Share

In 1952, Tom Patterson had a vision that would help spur the economic engine of his hometown of Stratford, Ont. Inspired by the town’s name, shared with the birthplace of William Shakespeare, he wanted to create a six-week Shakespeare Festival. That vision became a reality, with the Festival eventually becoming the largest not-for-profit theatre in North America. With four venues, the Festival welcomes half a million theatregoers each year and more than 28 million since its first season in 1953.

Originally constructed within a repurposed curling rink, the previous Tom Patterson Theatre had cramped seating, limited backstage areas and no space for patrons to mingle before and after a show. This spring welcomed a new $72 million, 7,150-sq.-m. (77,000-sq.-ft.) theatre that corrects these shortcomings and adds a wide array of amenities including a light-filled lobby, café, members’ lounge, education lab and a forum performance space called Lazaridis Hall. At the centre of it all is a state-of-the-art, acoustically advanced auditorium designed to enrich the theatrical experience as well as be a landmark for the city of Stratford and a symbol of its renowned festival.

The building was on track for inauguration in 2020 to mark the 100th anniversary of Tom Patterson’s birth, but the pandemic delayed the tribute, and now opens for the Stratford Festival’s 70th season.

Built on a raised bank overlooking the picturesque Avon River, the new Tom Patterson Theatre glimmers like a jewel. Set in a lush riverside landscape, its long, low façade of undulating glass dissolves the line between indoors and out. Bronze mullions give emphasis to this organic form which takes inspiration from riverside plant life and the patterned flow of water.

Acoustics were a top priority throughout the new facility. Double-glazed curtainwall panels prevent noise outside from interfering with activity within. A wood-slat ceiling system in the lobby, forum and café conceals absorption materials that ensure the acoustics are warm and intimate and can facilitate conversation among patrons.

The festival had tried to improve the acoustics in the original theatre, but to no avail. One goal of the new theatre was to be able to create moments of silence on stage which could bring ‘magic’ to a performance, emboldened by a room that can achieve total darkness.

The new auditorium pays homage to its predecessor in one respect: the unique elongated thrust stage is back and provides actors with runway-like access into the audience chamber. Surrounded by 615 seats, with only eight rows of seating surrounding the stage on three sides, the experience is immersive, providing intimate connection and proximity of audience and performer. Yet this configuration complicates acoustics when an actor is facing away from parts of the audience. This is a critical issue in theatre where speech intelligibility is a necessity. While there is a sound system, the priority is for unamplified spoken word so that every patron can hear clearly regardless of where they are seated.

Because speech intelligibility is affected by the ambient sound level in the room, the noise from building systems like the HVAC had to be rigorously controlled. To avoid any additional sound, the theatre is also equipped with a silent, all-LED lighting system and liquid-cooled spotlights.

Carefully designed wood reflectors further enhance speech intelligibility. Placed beneath each of the three catwalks, these angled reflectors create a shorter path for reflected sound to reach the audience. The shape of the reflective surfaces was designed to direct early sound behind the actor. The design went through several iterations and testing to ensure when an actor is downstage, the audience closer to the stagehouse enjoys a high level of auditory comprehension.

Acoustical Considerations of a Multi-Use Facility

The goal for the new facility was to enhance program versatility and also the festival’s bottom line by being able to host a variety of events and programming simultaneously. However, ensuring a quiet theatre with many other activities taking place in the building requires significant sound isolation. This meant providing acoustic separation from the lobby to adjacent program areas.

Double concrete walls, noise barrier ceiling designs and sound and light locks at all entrances were incorporated to contain the performance inside the auditorium from crossing over into the surrounding spaces. Two, five-metre-high reverse engineered sliding walnut doors acoustically isolate Lazaridis Hall to allow for smaller performances or private events, then open to become an extension of the lobby and café. Several layers of sound gaskets, sweeps and stops were added to the doors, while the hall was also fitted with multiple layers of curtains which can be opened or closed as the programming needs shift between speech and musical performance in this 250-seat space.

The re-imagined Tom Patterson Theatre goes beyond a place to perform. Its design enables people to gather, discuss and connect, whether it be for a play or a panel discussion or a cocktail reception. Its architectural design has been recognized globally with the Best of the Best Award in cultural architecture from the Architecture Master Prize in Los Angeles, from Britain’s Civic Trust Award that celebrates architecture and its integration in the urban environment, and the Design Excellence Award from the Ontario Association of Architects. The design is winning over the public as well, named the People’s Choice Award at the recent OAA conference.

Tom Patterson set out to reinvigorate his local economy and put Stratford on the map. The new Tom Patterson Theatre will surely do the same. Not only is it acoustically fine-tuned and architecturally advanced, this LEED Gold-registered building is also constructed with sustainable and natural materials. This facility sets a high bar for other cultural landmarks to follow and will no doubt play a significant supporting role in the Stratford Festival’s future success. 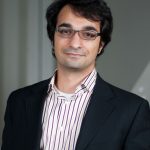 Payam Ashtiani is a professional engineer and a principal at Aercoustics Engineering Limited, a privately-held firm that specializes in fostering innovation in acoustics, vibration and noise control. With more than 15 years of experience specializing in acoustics, Payam works with architects to solve noise reduction and noise mitigation issues for a wide variety of projects including healthcare facilities and residential planning. 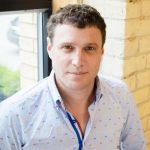 Doron Meinhard is Associate Partner with Hariri Pontarini Architects, a leading practice dedicated to producing works of lasting value. His extensive experience on institutional and cultural buildings includes managing the complex and multi-award winning Bahá’í Temple of South America. He has led signature and large-scale projects such as the Richard Ivey Building at Western University and the new Nicol Building for the Sprott School of Business at Carleton University.