During the pandemic, we were approached by a family of four with two siblings in their tween years who had been sharing a room since birth and have reached that point where they would like to have their own space. While in previous generations families would simply move from their starter home to a larger house, nowadays, that decision is complicated by rising housing costs, the pain of commuting, and the love for their own neighbourhood. For this family, the decision to stay put needed no debate. However, the dilemma was that there was no other room in their semi-detached Victorian, and the family was unwilling to embark on a large-scale re-think of the house.

Clearly, a room for each child was not feasible, so the goal shifted to creating “a space of one’s own.” In the beginning, the two nooks were yet another element introduced into an increasingly cramped bedroom. However, in testing out various possibilities, it became obvious that they could be combined with cabinets and shelving to create private space for the kids and storage space for their belongings. Because there was such an increase in storage, there was also now space for a built-in bench on the opposite wall. 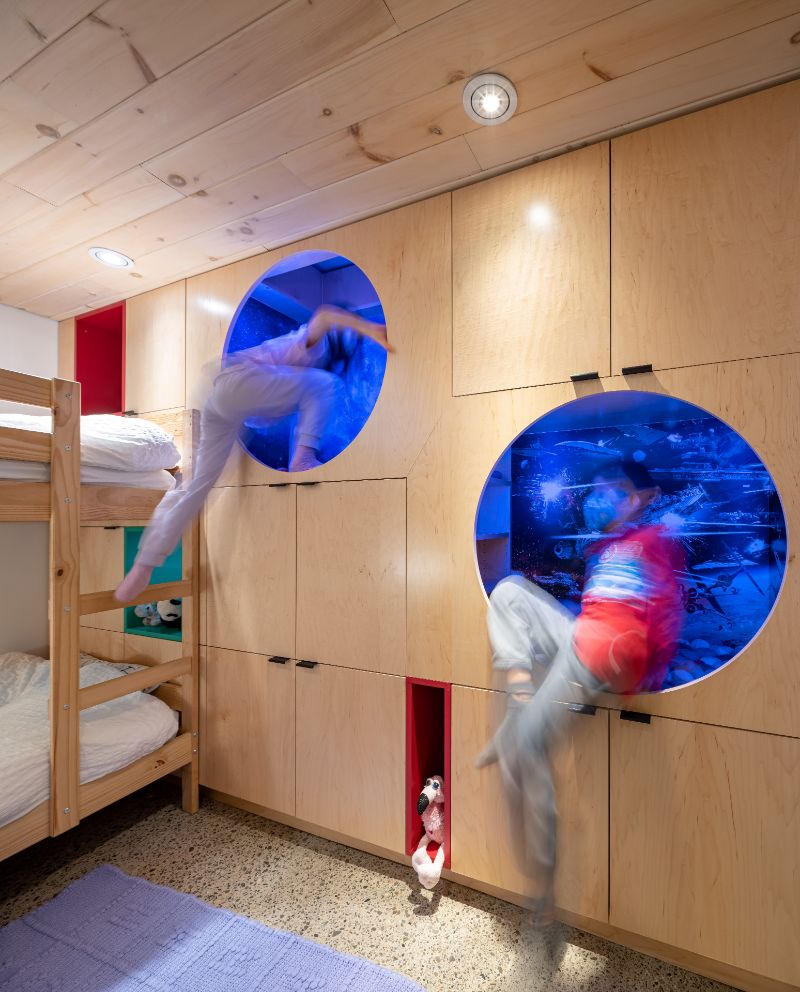 While the built-in needed to read as a unifying element, it was important to allow each nook to be distinct. They are located at different heights; one is accessed from the floor while the other uses the bunk bed ladder. Each nook is decorated according to each kid’s latest obsession, and LED lights lining the opening lets each child set the mood in their space, while inside are shelves for their treasured toys and stuffed animals. If they choose, they can even add a curtain to make it their own secret hideout. 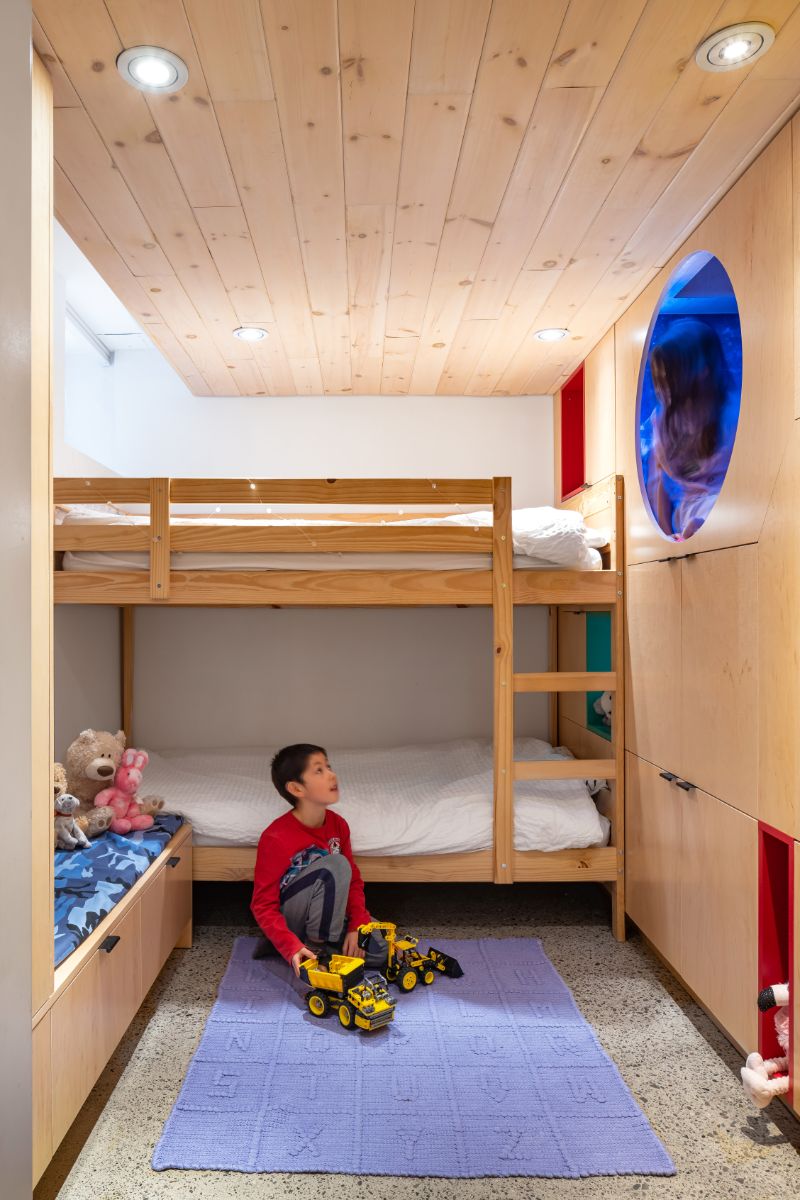 Despite the two nooks being distinct, they are not separated. Within their nooks, we introduced a secret passage for when the children change their minds and want to connect with each other or play hide and seek. As they get older, it will simply become a window to pass objects, but for now, they are still small enough to squeeze through.

Joanne Lam is co-founder and principal at Toronto-based Picnic Design.