Bathrooms: Clean as a Whistle

Bathroom collections that balance luxury and opulence with an ever-rising hygiene consciousness.

This Canadian company scooped up awards at CES, KBIS and IDS22 with North America’s first WiFi-enabled circular shower, saving up to 80 per cent on both water and energy while maintaining almost twice the flow rate compared to traditional showers. The unit starts with fresh grid-supplied water, however instead of going down the drain uses recirculation technology to capture, circulate, and clean the water, all in real-time to avoid waste. 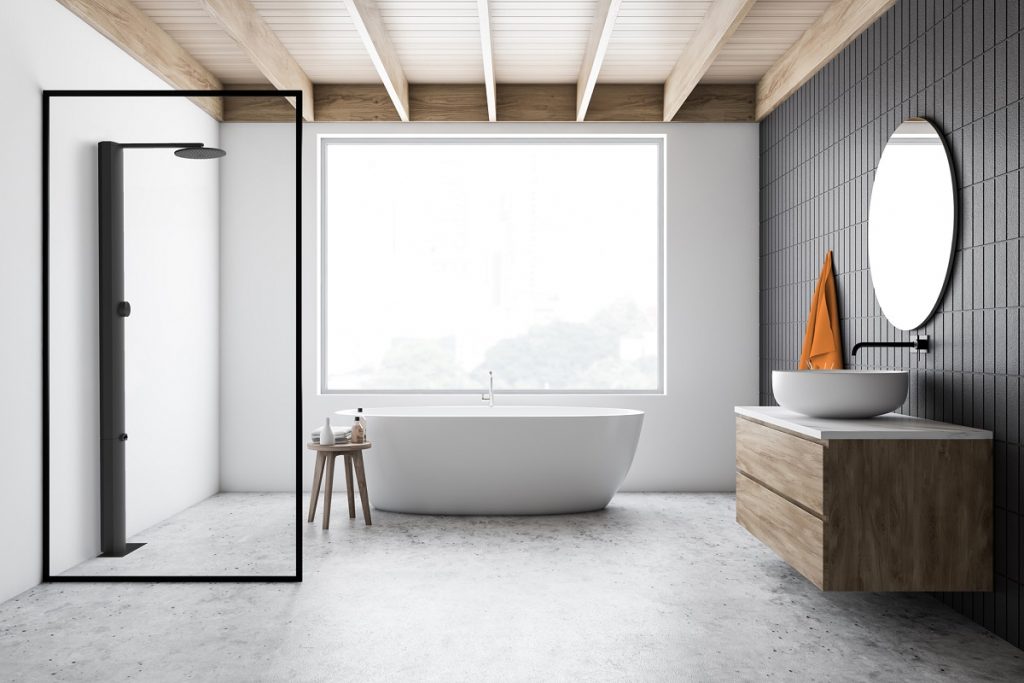 While the Italian design house’s first North American collaboration is with Toronto-based Yabu Pushelberg, the inspiration for the collection came from Fantini’s home on Lake Orta in northern Italy. The horn-shaped faucet handles and sleek spout are a reinterpretation of boat cleats, referencing the lake’s tranquility and nautical forms that could be just as home in the Muskoka region of Ontario as well. 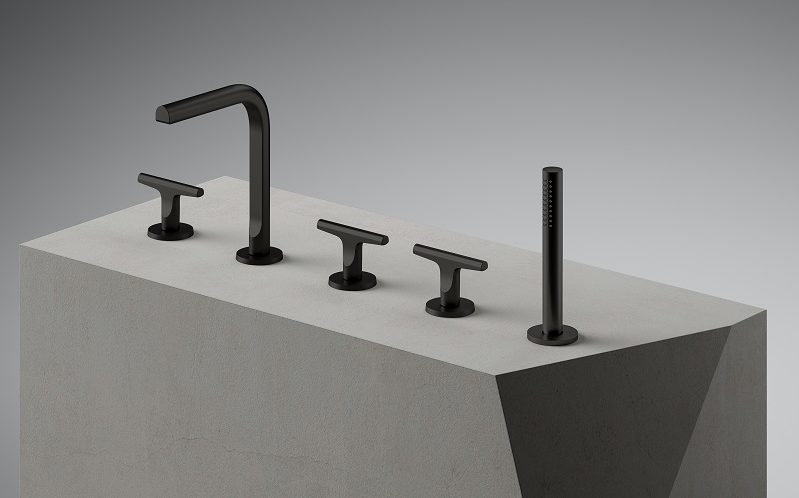 Designed by Gumdesign, this freestanding oval tub is made of Cristalmood, a transparent resin that with thin borders and a narrow base creates a floating effect. Clear like glass but resistant like stone, Cristalmood is made of anticorrosive polyester resin and colouring pigments, and can be cleaned with all common detergents. 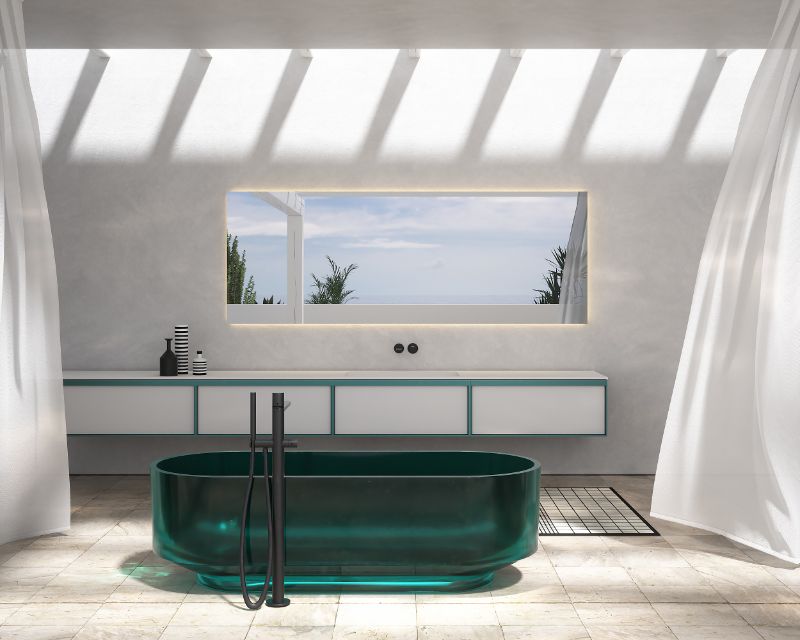 Launched at IDS Toronto, the new collection is a collaboration with luxury fashion house Maison Marie Saint Pierre in celebration of the 35th anniversary of two Québec-based companies led by a ‘Marie’: Marie-Eve Baril, who now heads the family high-end faucet company; and Marie Saint Pierre, a fashion designer with a slew of accolades including Knight of the National Order of Québec, Knight of the National Order of Canada and the Queen Elizabeth II Diamond Jubilee Medal. 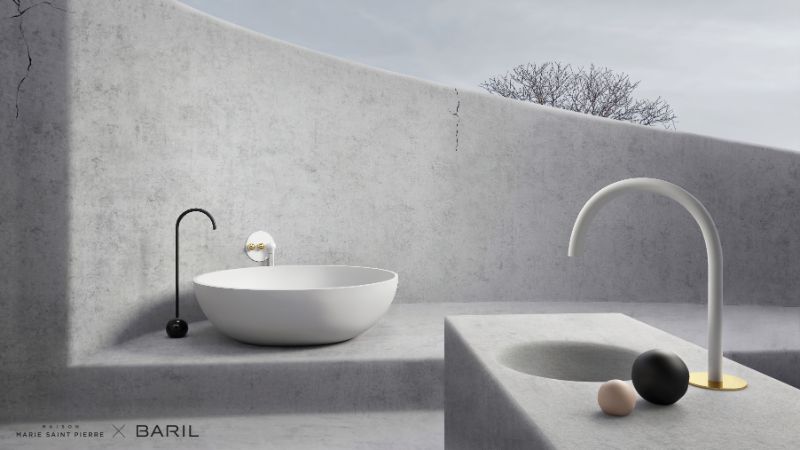 Kohler collected several awards at the 2022 KBIS show in Orlando, including a Best of KBIS – Bath Gold for this new one-piece toilet that leverages water line pressure and an innovative flush to deliver a completely tankless design. 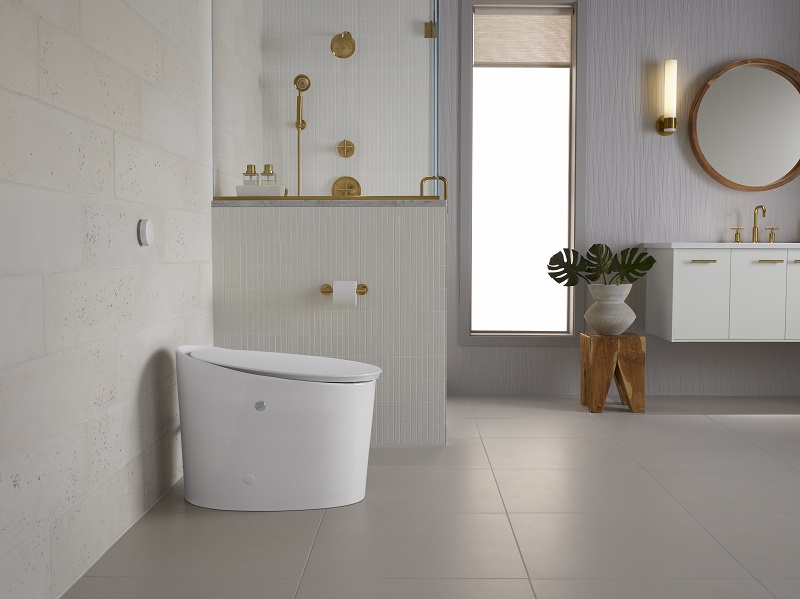 Hands-free technology features heavily across LIXIL Canada Inc. brands, who is aggressively targeting the home segment for whom personal hygiene is paramount. The Cadet and Studio Touchless Toilets are great examples, where hands-free sensors trigger a powerful jet of water that scrubs the entire surface of the bowl from top to bottom, including the hard-to-reach spots. 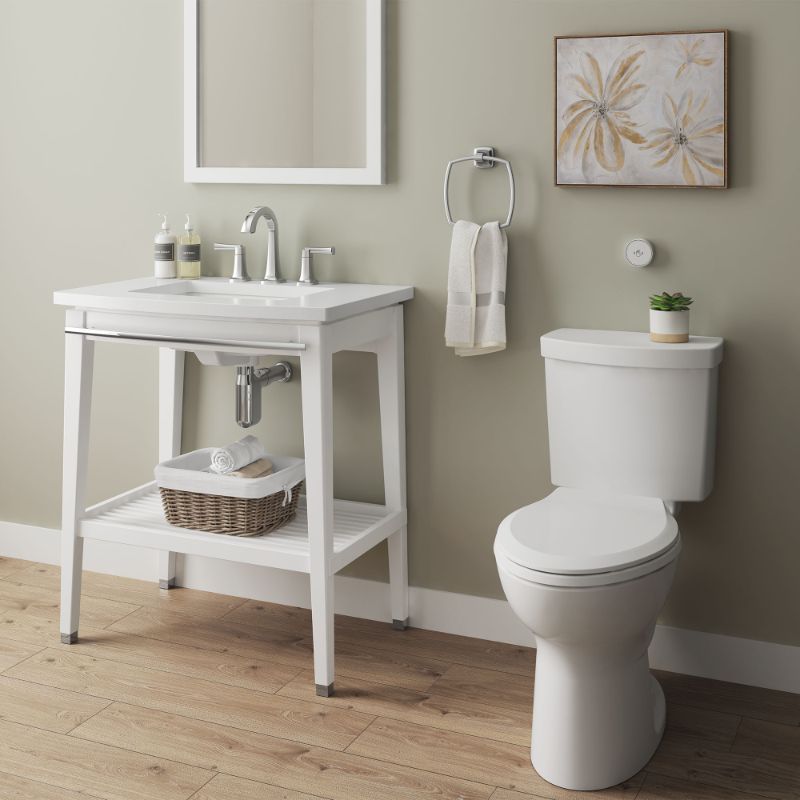 Philippe Starck’s new bathroom series is inspired by the organic and ergonomic forms of a tulip in bloom, and includes furniture, washbasins, toilets, faucets. and smart mirrors. The most eye-catching piece, obviously, is the freestanding bathtub, with outwardly sloping edges and natural forms that best exemplify Starck’s ideas. Available in three diameters (63”, 70 ⅞” and circular 55”). 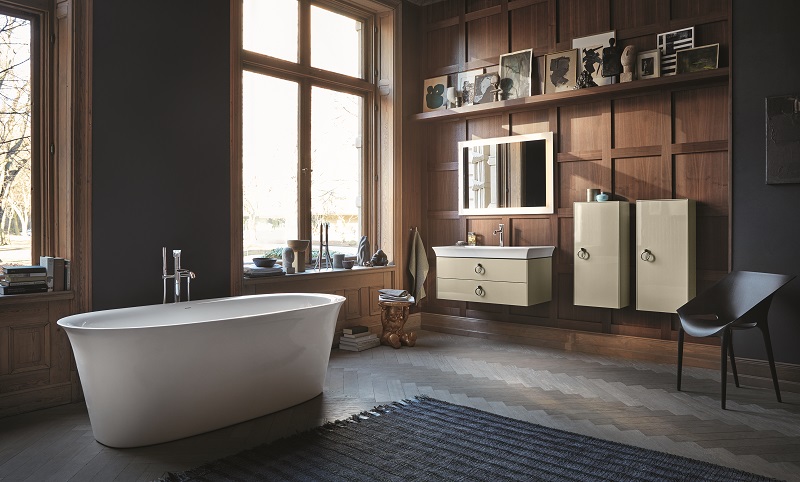 It has been quite a year for the Spanish company, collecting three awards for this innovative faucet: a German Design Award 2022; IF Design Award; and a Red Dot 2022. Juries react very positively to the patented Torubillon System, an internal sustainable water circuit that controls the force and tension of the water but saves substantially on outflow volume. 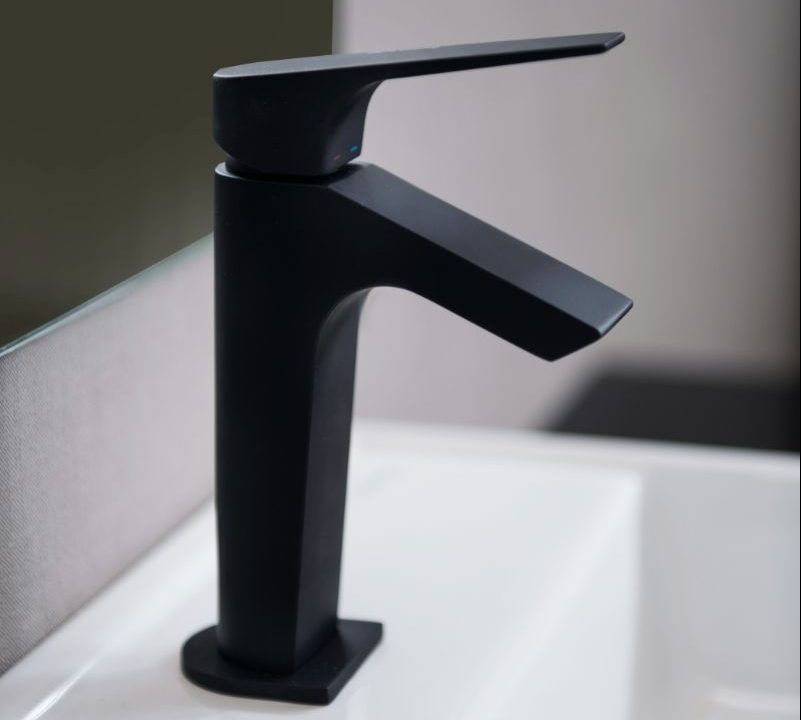 This washbasin looks plucked from Michelangelo’s bathroom! Designed by Enzo Berti, the external shape mimics the veil of the Pietà, resembling worked fabric with folds at different depths. This effect was achieved using a complex prototyping process starting with a velvet drape laid over an oval bowl, which was 3Dscanned and then transformed into a digital image. The result was then reproduced by shaping the soft waves on marble using a private industrial process, then refined using good old fashioned hand chiselling. 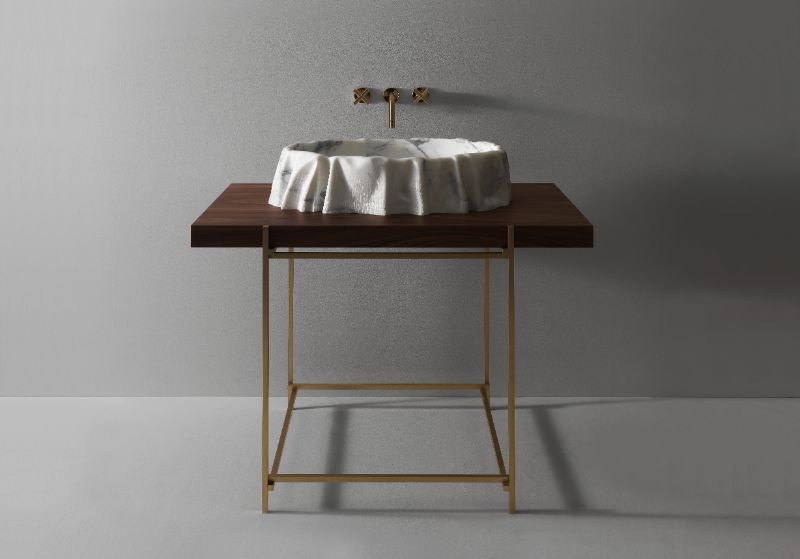 It was the Bauhaus movement exemplified in Tel Aviv’s White City that inspired the Montréal-based company’s lead designer, Pierre Bélanger, for this new collection of vanities and countertop sinks, seen in its very clean lines and rounded corners and available in both wall-mount and floor-mount options in a variety of finishes. 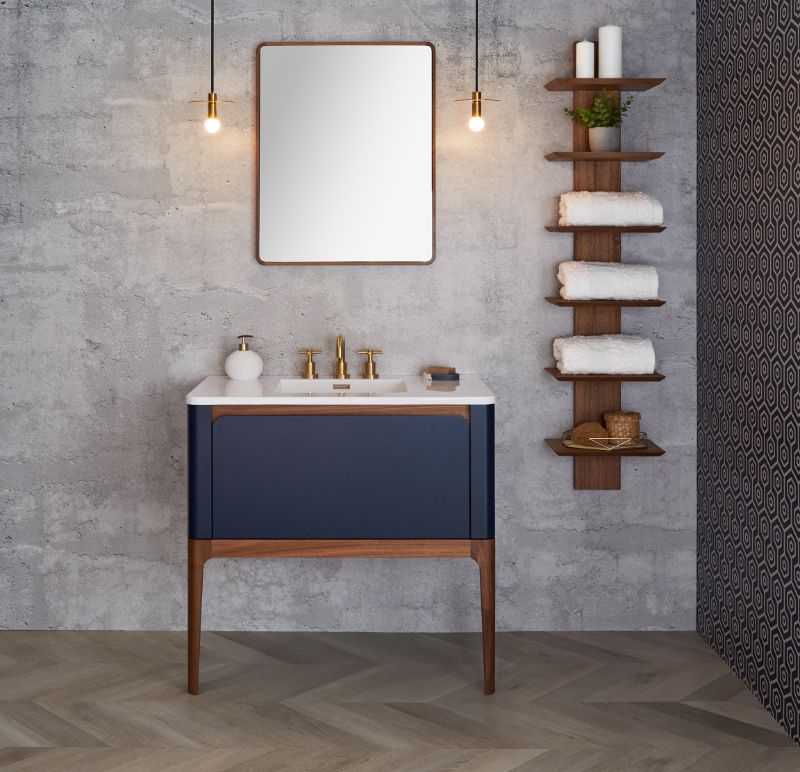