Tivalì, the built-in kitchen for all spaces designed by Dante Bonuccelli in 2004, is interpreted in a new project by Yabu Pushelberg. 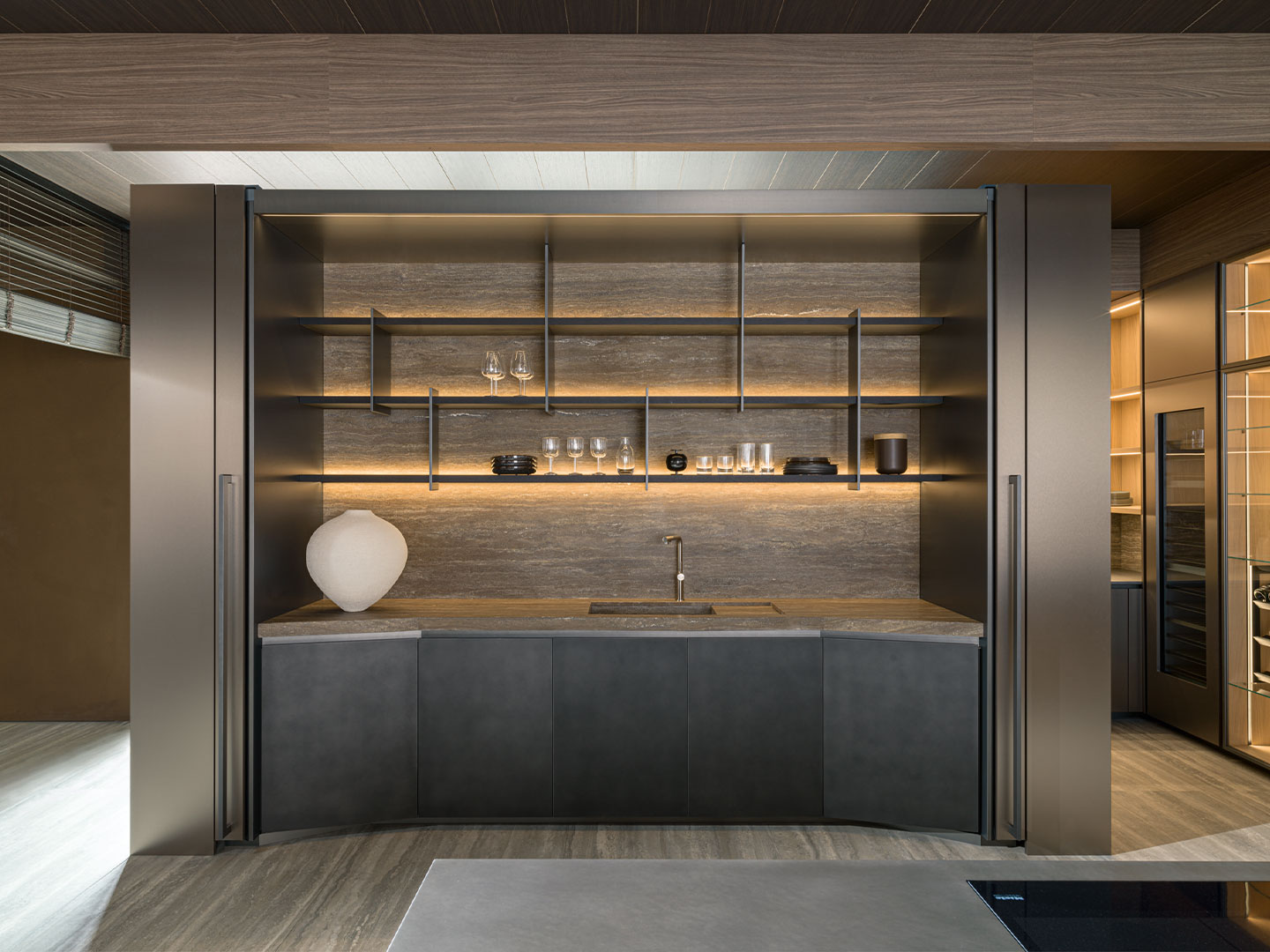 The concept behind the design is described as to have a kitchen, within a linear space of between 2.40 and 3 meters, where the scenographic element prevails and the kitchen reaches its highest expression, rather like the performance of an actor on stage.

“As on all theatrical stages, the curtain conceals the scene, revealed only in the presence of the actors, and thus Tivalì 2.0 by Yabu Pushelberg appears as a large closed kitchen range which at first does not reveal its precious contents.”

“The kitchen is a venue dedicated to partnership, whether it be between ingredients, friendships, families, or stories. The Tivalì Kitchen is a story of how these ingredients are brought together. Entrusted with designing a new iteration to Molteni&C Dada’s existing collection, we honed in on how we can modernize the design language of the kitchen while honoring tradition,” says Yabu Pushelberg. 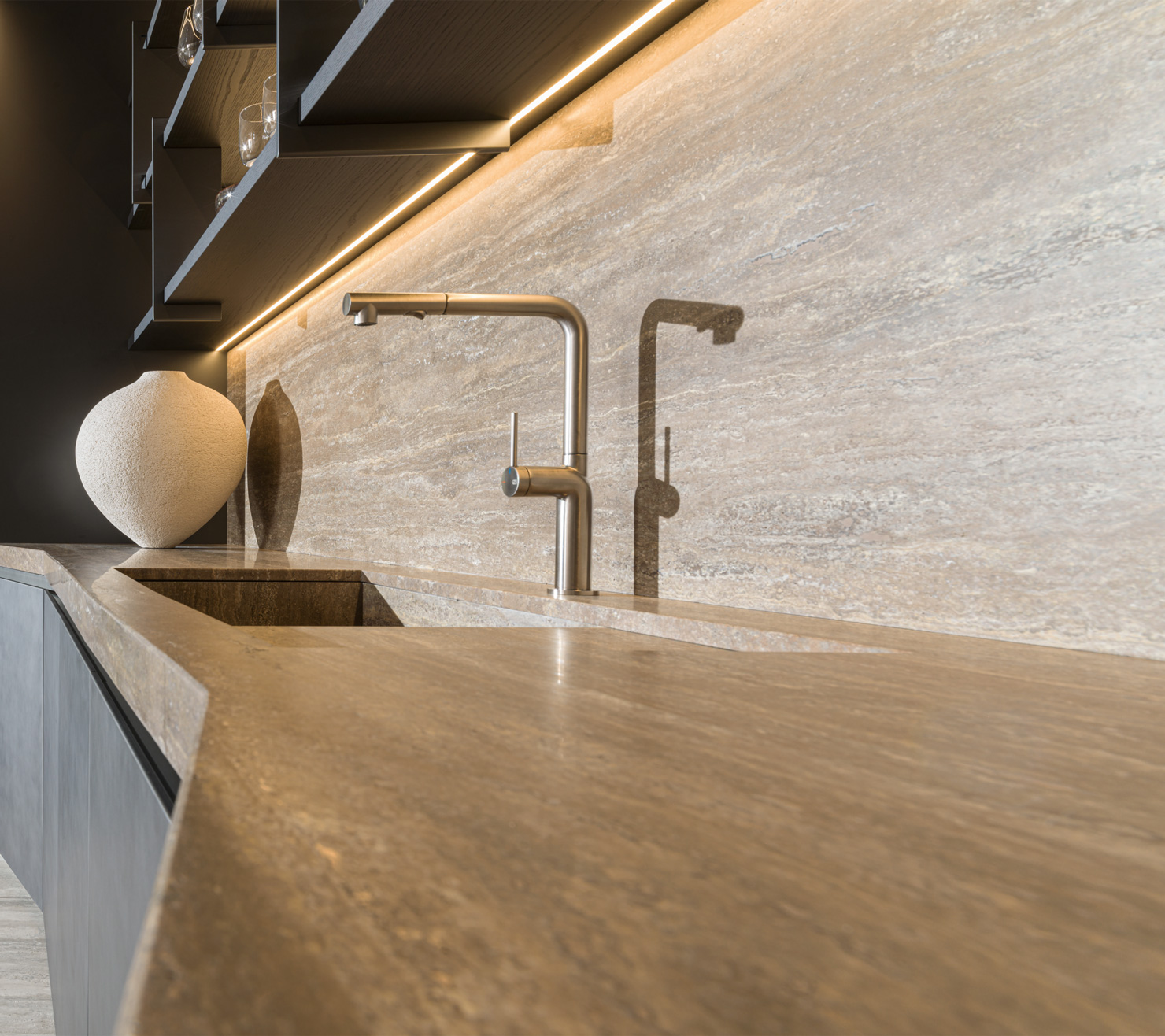 Two big concertina folding doors conceal the scene and, once open, fit back, side by side, into the shape of the container, revealing it. The double cellular alluminium panel doors can be configured in the various finishes of the range.

The new sliding door mechanism has been revolutionised in 3 different heights and 2 widths. The design loses the base and the lower carriage, but without forfeiting the fluidity of the sliding effect.

In Yabu Pushelberg’s interpretation, the inside is extraordinarily scenographic, above all thanks to the configuration of the “amphitheatre” bases, where the curved marble or stone worktop and the sloping terminal bases give the kitchen an unusual sense of space. 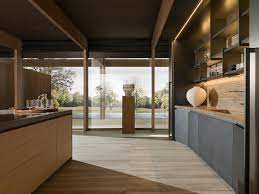 The marble-covered back panel acts as the theatrical wing and features an unconventionally designed set of shelves, left open to show what is needed. Innovative is also the design of the new handle YP. Below the worktop, containers with doors and large baskets allow the functionality of the kitchen to be configured in the various design solutions.

“Reflecting upon the uses and rituals associated with the kitchen and analyzing the existing design, we concluded that our approach must celebrate Tivalì as a venue that instills community and nurtures belonging. Rather than designing the kitchen as a singular venue within the home, we crafted Tivalì as a destination that is open, expressive, and inviting, evolving the design of the kitchen system through its form, proportion, and materials,” says Yabu Pushelberg.