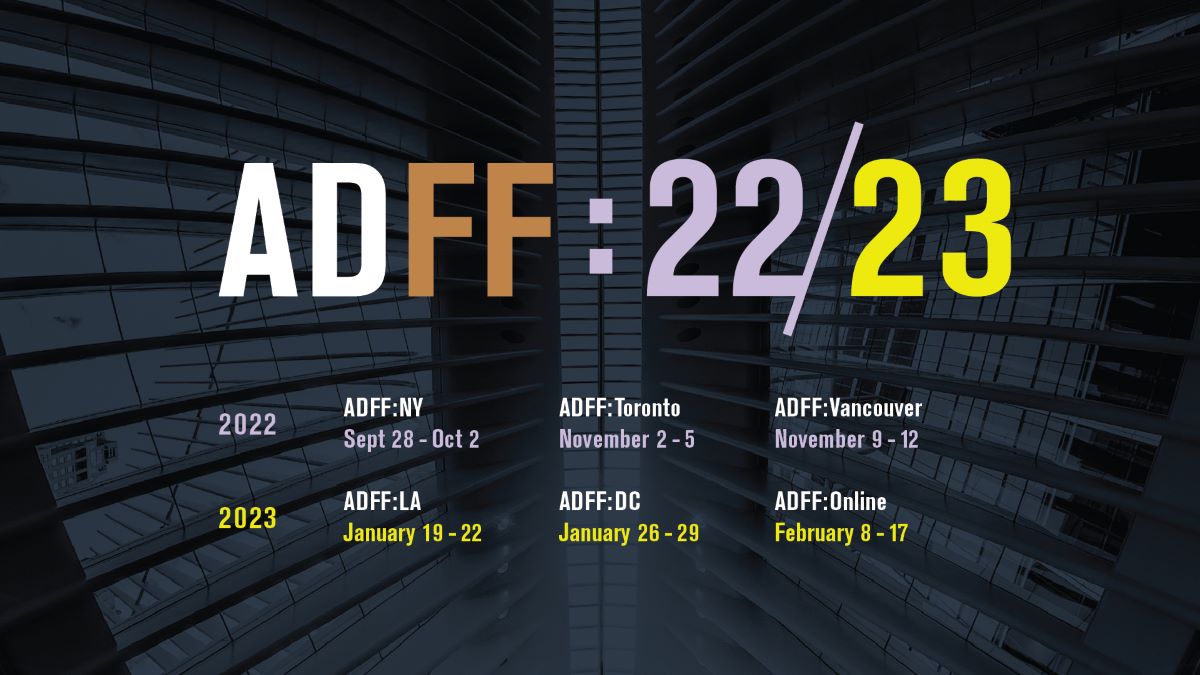 The Architecture + Design Film Festival is launching its 14th season of new documentaries about architecture and design from around the world. The 2022/23 season has five in-person festivals. The first three are scheduled in NY, Toronto, and Vancouver, as well as LA and DC, after the new year.

This season, ADFF will screen one World Premiere and ten US Premieres. The festival will feature two Scandinavian films about pioneering women working in the second half of the 20th century. A film on gentrification in Oakland. A shorts program on redlining. A film on a famous modern housing project in London by the Smithsons and the controversy around why it failed. Films featuring specific buildings by well-known architects like Alvaro Siza and Renzo Piano. An Italian film contrasting buildings by Carlo Scarpa and Aldo Rossi. Two Dutch films, one showing the process of the celebrated Winy Maas of MVRDV, and another about Dutch designers whose budding careers are just starting to garner attention.

ADFF:Toronto presented by Eventscape, will be back at TIFF Bell Lightbox Theatre. Opening night will be followed by a great party at Arcane. ADFF will activate TIFF’s Founder’s Lounge, which will be available throughout the festival for our ADFF audience. Tickets will go on sale on October 12th.

The complete lineup of films will be shared next week.