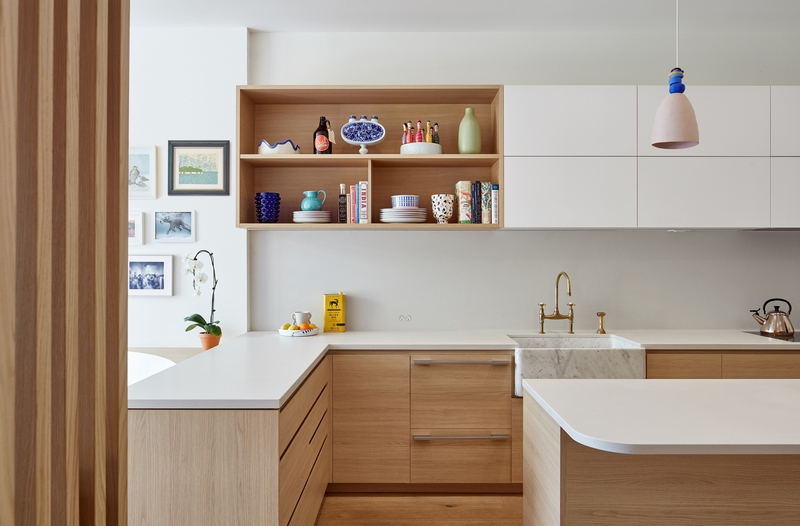 The heritage front on a Victorian semi-detached house in Toronto’s Annex neighbourhood barely hints at the renovation and expansion inside. The redesign of the 130-year-old, 2,500-sq.-ft. home involved a total overhaul of the interior, building a 440-sq.-ft. addition at the rear to enlarge the kitchen and accommodate three kids’ bedrooms on the second floor, and a newly built third-storey aerie for the relocated master bedroom. The crisply rectilinear front façade gives way to softly curving forms on the interior, influenced by the connection of the client, a ceramicist, to sculpture and pottery. Tactility and a sense of craft abound in details such as the smoothing of right angles and the choice of materials and fixtures. With its aesthetic of fluid lines, the house’s interior elements appear to have been sculpted rather than built, most evident in the corkscrew stairway which functions as a light tunnel, its three storeys illuminated by the skylight overhead. The rear elevation, clad in understated charcoal-toned cement board, steps back on multiple planes to disappear further among the lush plantings.