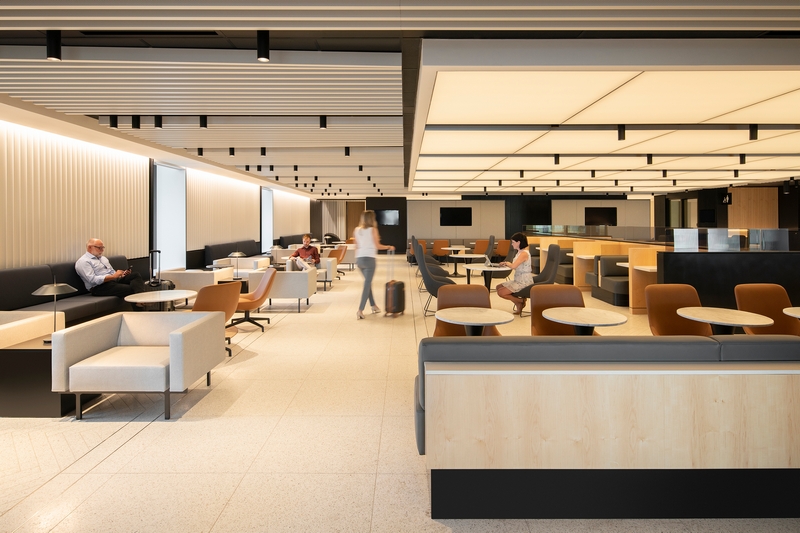 With the demolition of Toronto Pearson International Airport’s original Terminal One, Bata headquarters in Don Mills (to make way for the Aga Kahn Museum), and several renovation campaigns at the Art Gallery of Ontario, precious little remains of the legacy of John C. Parkin, probably Canada’s busiest architect during the Sixties and Seventies. So, it’s gratifying to see his International Style Union Station in suburban Ottawa, which opened in 1966 and was listed as a heritage building in 1996, being not only preserved but upgraded with this sleek renovation to its business-class lounge. The project is part of a redevelopment aimed at sustainable mobility and at attracting more business passengers. Entrances and elevators were added for easier access and the curtainwall was renewed with the addition of new windows that bring in daylight and views of railway activity while adding rhythm to the space. The business lounge, featuring honed terrazzo floor tiles and white-oak wall panelling, was doubled in size to include a business centre, alcoves and recessed areas for more privacy, a self-service snack canteen and a conference room. The colour palette, deriving from VIA Rail’s corporate yellow and dark grey, is a prototype that will roll out to other VIA Rail facilities.