Long  before  its  conversion  to  residential  lofts  in  the  late  1990s, the Clock Tower Lofts was home to makers of prints, pianos, and paintings—a long legacy of creativity and industry. 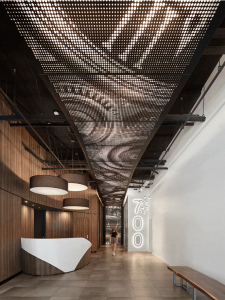 Designed by Toronto-based firm Bortolotto, the  primary  purpose  of  this  project  was  to  take  inspiration  from  the building’s storied history to create a stronger cultural connection between the  residents  and  the  surrounding  community.  To  accomplish  this,  the design  team’s  primary  goal  was  to  breathe  new  life  into  the  building while  respectfully  acknowledging  its  history.

Formerly “Westside Lofts,” the residents of this 14-story condominium tower located at the corner of King and Bathurst Streets, were seeking to engage a designer to take on the re-branding of their current image by exposing the building’s historical significance, as well as to design the interior lobby, new entrance canopy, and a revitalization of the building’s exterior.

The design process began with the re-branding assignment, which took cues from the building’s existing historic clock located prominently on the exterior of the building. The clock became the design inspiration through-out the tower revitalization concept, most notably into the custom ceiling design,  which  flows  continuously  from  the  interior  elevator  core  wall, up to the ceiling, and through the entire lobby to the underside of the exterior canopy. 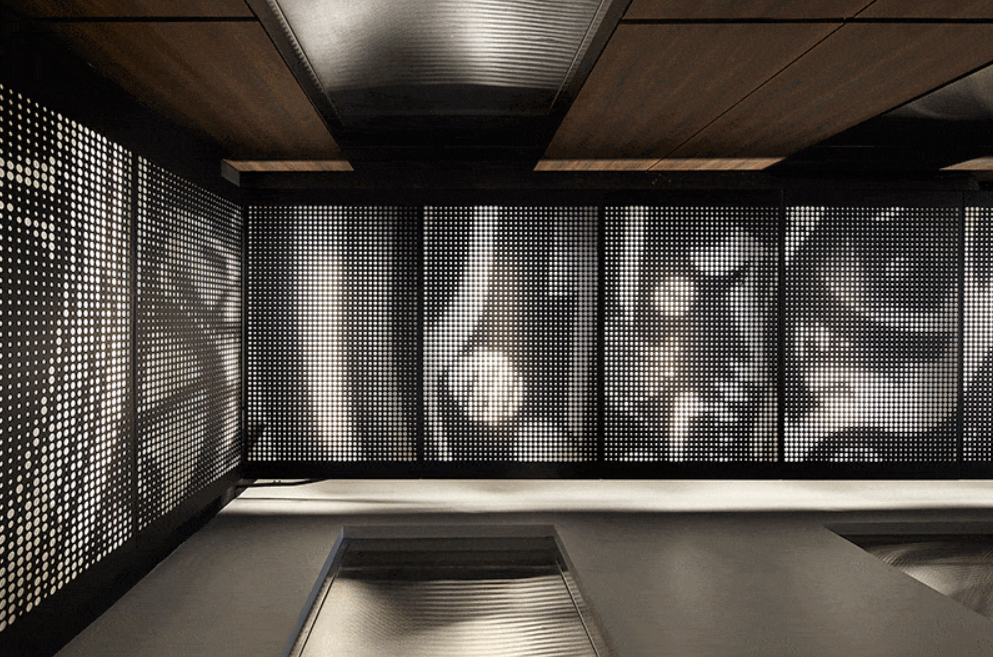 The ceiling feature is made up of dropped steel panels and is laser cut with a graphic of the mechanical intricacies of a clock –toothed gears, numerals, and needles – eliciting a sense of intrigue and illusion within the space. The unique ceiling element provides the lobby with diffused illumination intentionally and carefully through the laser-cut perforations, creating a dramatic and inviting atmosphere.

The exterior design went through several iterations to ensure it respected the  neighbourhood  context.  A  colour  refresh  of  the  building’s  facades was a budget-conscious decision that had a significant, dramatic impact on the transformation of the building and the public realm. The façade refresh emphasizes the building’s distinguished clock and simultaneously accentuates the indented corner detail facing the street intersection. 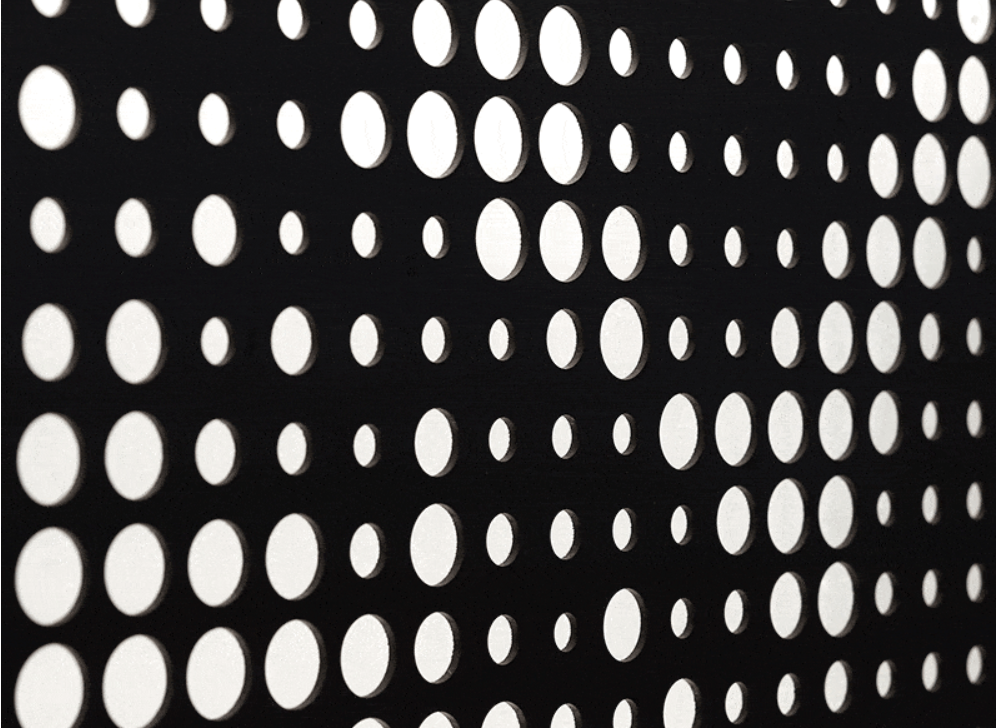 The characteristics that make this building a unique residential tower are also translated into the interior lobby design. The space was completely demolished to make way for a new experience. A reconfiguration of the entire layout considered a better flow for the building’s residents, visitors, and  delivery  personnel  while  maintaining  security  and  visibility  for  the building’s concierge.  A striking new exterior canopy was introduced to demark  the  entrance  at  ground  level  while  also  modernizing  the  busy King West streetscape. 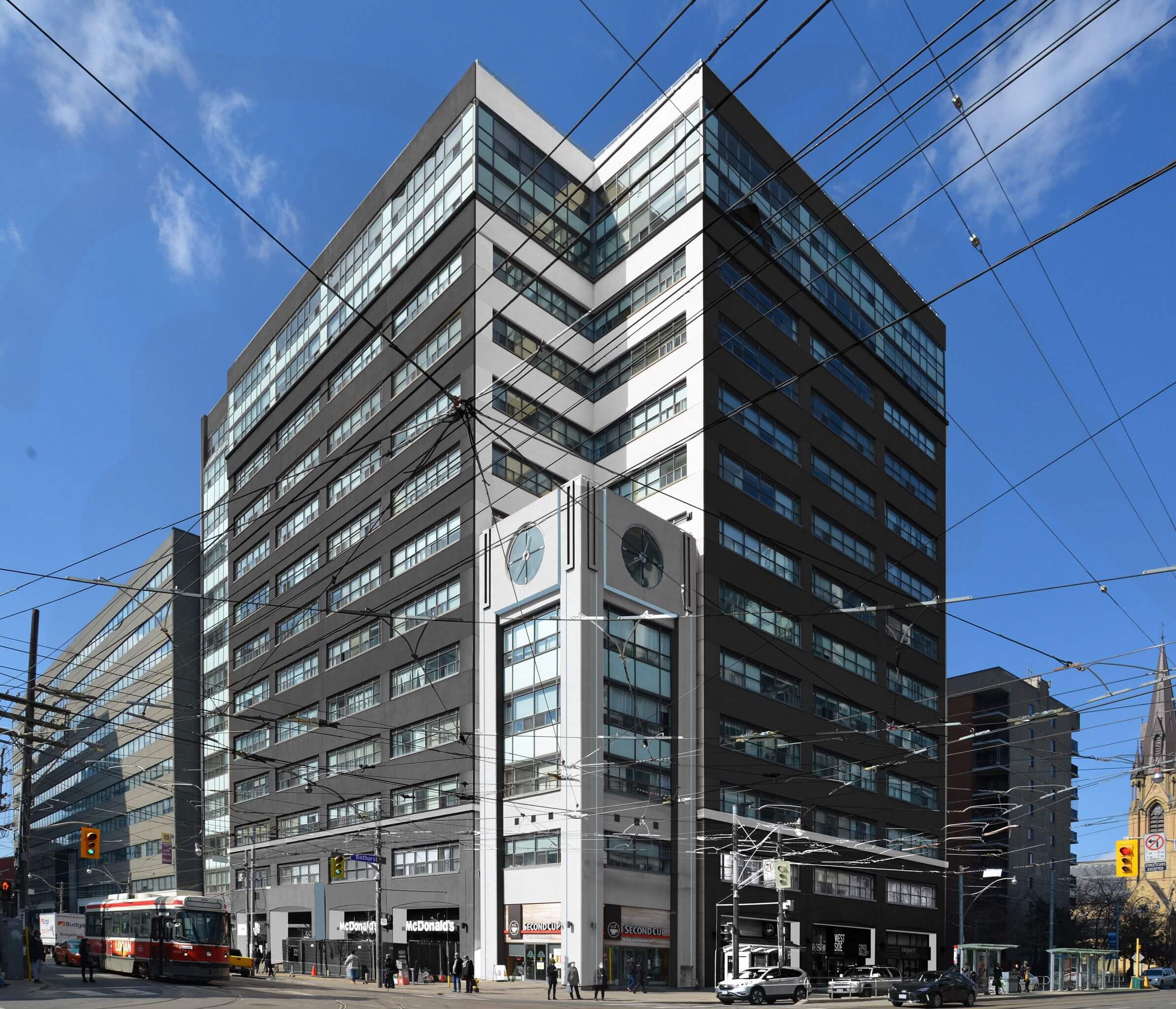 Drawn to bustling markets, shops or malls this holiday season? Good vibes could explain it