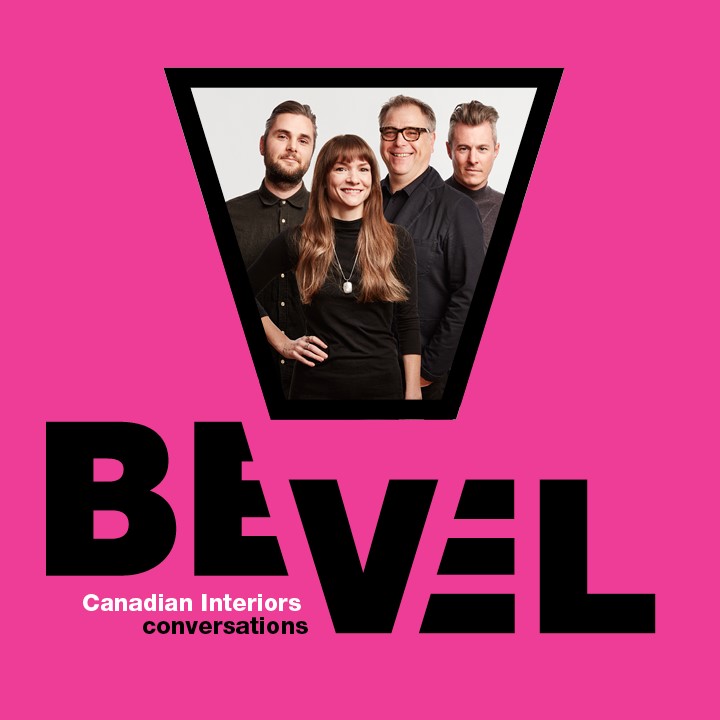 Ideas cannot and should not be contained, and if designers open their up strategies to being influenced and inspired by diverse aesthetic disciplines such as automotive, fashion, food, music, film and others, they will unlock new resources of materials, behaviours and emotions that when fused together can increase our experiences and bring greater pleasure to our material and immaterial lives.

In this episode of Bevel we sit down with four creatives at the top of their game to explore cross-pollinating design ideas and strategies.

Christopher Bates is the owner and Creative Director at his eponymous fashion label. Educated in Milan, Christopher has a studio both there and in Toronto.

Jeff Forrest is a founder at STACKLAB, a Toronto-based art and design studio embracing furniture, sculpture, installation and architecture since 2013.

Michaela MacLeod is a co-founder at the award-winning architecture, landscape and public art studio Polymetis, based in Toronto.

Mark Steel is a Toronto-based Production Designer for film and television. His credits include What We Do in the Shadows, Star Trek Discovery and Heroes Reborn, and The Umbrella Academy for Netflix.