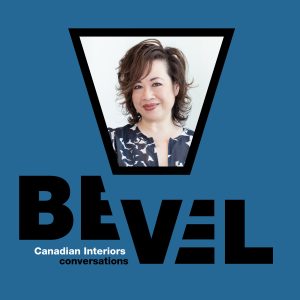 “What is Canadian architecture? The question has often been posed, with no single satisfactory response. Understandably so, as Canada is not only vast but geographically and climatically diverse across its provinces and territories,” says author Leslie Jen in the introduction to her new book, titled Canadian Architecture: Evolving a Cultural Identity.

In it, she explores several significant building projects in urban and rural environments that influence our interactions with each other and the communities in which we live, reflecting a multiplicity of architectural languages, regions, and building types seen in this country.

In this episode of Bevel we sit down with Leslie to discuss the importance of regional vernaculars and how they interconnect to create a national architectural language. We also name-drop a few architects featured in the book whose work enhances cities and landscapes across Canada’s geographically varied expanse.

But we also go beyond just geography to explore issues of growth, designing for health and aging, plus growing ecological challenges, as well as other pressing questions facing Canadian architectural firms moving into the future, such as inclusion and the effect the pandemic will have on how architects design.

Leslie Jen is an architecture and design journalist based in Toronto, where her consultancy practice includes writing, editing and curating for several design magazines, architectural firms and arts organizations. For nearly 12 years, she was the associate editor of Canadian Architect magazine. She was named a Fellow of the Royal Architectural Institute of Canada (FRAIC) in 2016.