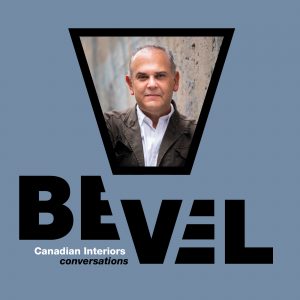 There was a time in the mid- to late-20th century when arts critics held serious power in swaying the consumption habits of the general public. Film and music were two realms in the popular press where this was particularly notable, with critics such as Pauline Kael and Roger Ebert for film or Lester Bangs and Robert Christgau for music writing reviews and essays in publications that many believed could “make or break a career.”

Then as the early 21st century saw the internet unleash a tidal wave of content, where value is measured by clicks, criticism morphed from an elite field of intellectual exploration by a small number of knowledgeable experts to a democratic phenomenon where analysis is aggregated and averaged, and the lines seem blurred between true expertise and the random opinions of the masses.

In this episode of Bevel we sit down with Ian Chodikoff for a wide-ranging conversation about the state of architecture criticism in the popular media, and touch on topics such as what it looked like in the age of Kael, Ebert and Bangs; whether the internet has democratized or diluted criticism; what is working now with the discipline, what is not, and what it has to do to not only survive but be relevant. Ultimately, as the profession of criticism continues to evolve and journalists struggle to find a place, we examine whether there is a future for professional architecture criticism.

Ian Chodikoff is an architect and leader in the culture of placemaking whose career includes teaching, writing, exhibitions and research. He regularly consults with municipalities, real estate developers and various cultural organizations. Ian was a former Executive Director for the Royal Architectural Institute of Canada and editor for Canadian Architect magazine. He is a Board member of two associations, one of which provides affordable housing. Ian is currently guiding communications and business development for a Toronto architecture firm.